Google Pixel Buds Hands On: How the Real-Time Translation Works 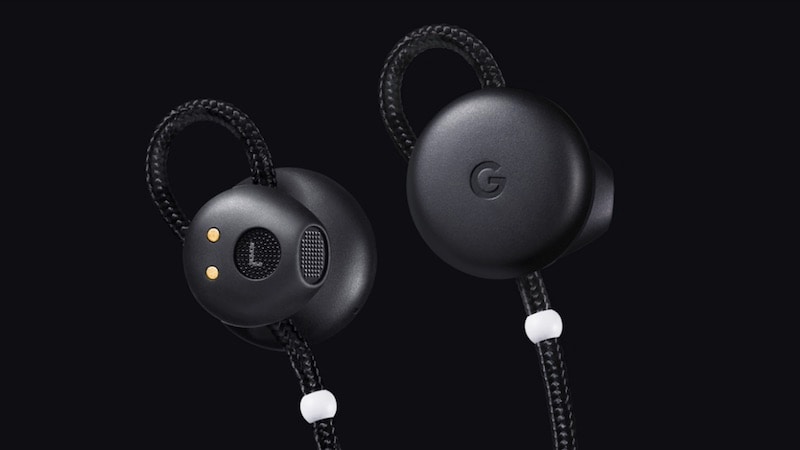 At Google's hardware event in San Francisco, the company showed off its latest ecosystem of devices which put its AI-driven software, Assitant, front and centre of all its new products. Among the launches - which included brand new Pixel smartphones, a new Chrome OS-based laptop, and new speakers, Google also launched its first wireless headphones called Pixel Buds.

Priced at $159 (roughly Rs. 10,500), it's easy to see it as a direct competitor to Apple's AirPods. However, after seeing demos of its capabilities and speaking to Adam Champy, product manager for Pixel Buds, we feel that the real goal of the new Buds is to make Google's Translate app a lot more user-friendly, and to make the process of translation, more conversational.

At the keynote event, Google's Juston Payne unveiled the Pixel Bud and we got to see its main feature in action. The wearer of the Pixel Bud simply speaks in their native language, which is then translated as per your settings, and read out loud by Assitant through the phone's speaker. Once the person you're speaking to replies, that message is once again translated back to your native language via the phone, and you hear the answer through the Pixel Buds. Google supports up 40 languages, and Hindi is on that list. While we didn't get a chance to actually try this out ourselves at the hands-on area post launch, Champy did demo it to us again after the event and it seemed to work pretty well. When you normally use the Google Translate app, you need to tap the microphone and speak into your phone, then present it to the other party. However, with Pixel Buds, the app also gets a simplified interface so it's easier for both parties to communicate, thus making it feel like an actual conversation rather than talking into a device.

There is one limitation to the translation feature - real-time translation feature will only work when you use the Pixel Buds with a Pixel phone, and not any other phone running Assistant. This is because Google needs finer control over how audio is routed when you're asking a query or accepting a reply. Champy explains, “when you look at the Pixel device and you look at Bluetooth audio routing, we have to be able to guarantee that we know exactly where to play each audio snippet. We get a snippet from the user, we get one from the person being translated, and we need to know where to route it."

What this means is that when the Assistant gets a line of text to be translated, it needs to know whether the reply should be delivered through the phone's speaker or Pixel Buds and the way it does it is by recognising a re-defined set of names for those audio signals. With the Pixel, Google can ensure that level of compliance but it can't control how third-party Android makers design their software. There's also a risk of this intricate routing mechanism breaking completely when OEMs release software updates, and it's a risk Google doesn't want to take.

The earbuds themselves have a semi-occluded design so they don't seal your ear canal completely like most corded wireless headphones, and this was very much a deliberate design choice, Champy tells Gadgets 360. He says that the Pixel Buds were designed for everyday listening, which would typically involve using it in a city or during a commute to work. It's not meant for active-use like running or training. All the controls are placed on the right earbud, which also includes the microphones.

The latter supports beamforming so it can better identify your voice. The Pixel Buds were also designed for ‘eyes-free' usage so asking the Assitant for directions when wearing the Pixel Buds should give you walking directions because it's unlikely you would be wearing them when driving, Champy explains.

The Pixel Buds are, at the end of the day, headphones, which means music playback is still the most important feature here. “When you're building a premium headphone, music is critical. If it doesn't sound good playing music, you've lost the opportunity to engage the user with the Assistant,” says Champy. The Pixel Buds support the AAC audio codec if you wish to take advantage of higher resolution files, but aptX HD and LDAC aren't supported. The earbuds themselves are light-weight and ship with a case that also charges the headphones. Battery life of just the headphones is rated at about 5 hours on a single charge, which Champy says is sufficient for the kind of usage envisioned for the Pixel Buds.

You may be also wondering why, with truly wireless earbuds like Apple's AirPods being the hot new trend, Google went with a wired solution. “We actually looked at usage research, looked at how users are buying headphones, we looked at how users are engaging with their existing devices and a lot of users, if not a majority of users, like having them with a cord,” says Champy. He added that another factor for going with the corded design is the ease of access. It's much easier to have it around your neck then putting them in your pocket or the fear of losing one of them.

There are touch controls on the right earbud for music playback, so you swipe forwards or backward for adjusting the volume, tap once for play/ pause, but to go next or previous, you need to give a voice command. The Pixel Buds supports Bluetooth 4.0 and Champy says his team is still doing the testing to try and get it sweat-proof certified.

The Pixel Buds is most certainly the first of many more wearable audio products by Google, as the search giant is really doubling down on broadening its hardware ecosystem. They go on sale in November in the US for $159, although India pricing and availability isn't yet known.