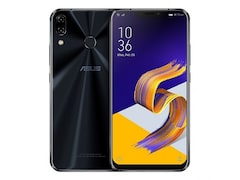 Asus ZenFone 5 (ZE620KL) is powered by an octa-core Qualcomm Snapdragon 636 processor. It comes with 4GB of RAM.

It was launched in Midnight Blue and Meteor Silver colours.

Upcoming Android Phones With Notches To Launch In India 07:02