Zoho Notebook Is an Excellent, Free Alternative to Apple Notes 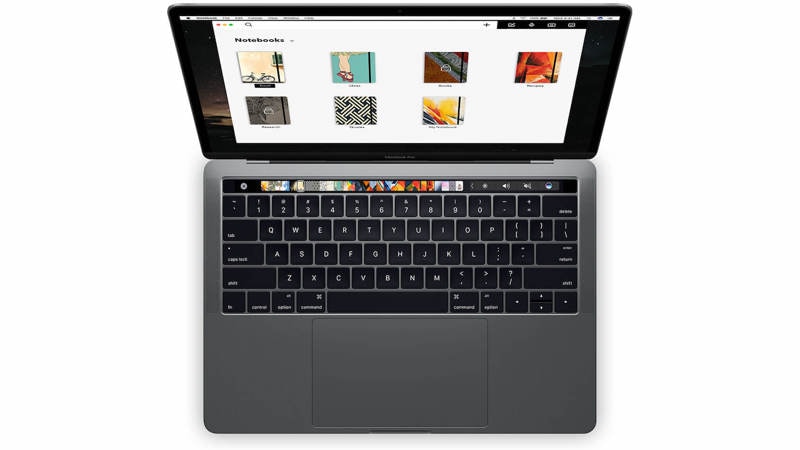 Zoho Notebook for iOS is a nice, free app for taking notes that's made in India. The app is now available for Mac as well, as a free download. Notebook is a pretty good app for taking notes on your iOS devices because it's minimalist, has been designed well, and is a step up over Apple Notes. At the same time, you have all the features you need, such as checklists, attachments, and voice memos. Can Zoho carry over the same traits to macOS? We used the app to find out.

Our first impressions of the Mac app were positive as we liked the way the app has been designed. Zoho Notebook for Mac even better looking than its iOS counterpart. The first thing we pounced on was the option to change the background colour of notes. We switched to our favourite colour - black - and started taking notes while editing a podcast.

At the top, Zoho Notebook has buttons that let you attach an image, add a checklist, among other formatting options such as alignment, bulleted and numbered lists. We quickly created a checklist for the podcast to help with editing and ticked items off the list as we completed tasks. We've tried a bunch of to-do apps in the past but eventually found ourselves using basic checklists via Apple Notes on iOS and Mac. Zoho Notebook's notes look better and so do the checklists, while being just as fast and easy to use.

Notebook also lets you attach photos to your notes via both iOS and Mac. This is a useful feature for those who want to use the app as a journal. You can quickly click photos and add them to notes, with a nice caption at the end. We should also mention that we love the font used in this app.

As journalists we're constantly on the lookout for better apps for voice recording than the rudimentary Voice Memos on iOS. Zoho Notebook on iOS has already proved to be a handy alternative, and the Mac app is just as useful for audio clips. We didn't find ourselves recording notes via the Mac app but we definitely used it to listen to notes recorded via our iPhone - and it's easier to scrub through the recording. We do this on a regular basis to transcribe interviews.

We were wondering whether Zoho Notebook would sync quickly across devices and this is another area where Zoho has done a solid job. Notes synced instantly across our iPhone and Mac. Notes created on either device showed up on the other almost immediately even though we were on a spotty Wi-Fi connection. This was true across various categories of notes we saved using the app.

From picture notes to geotagged audio notes, Zoho Notebook provides pretty much all the features you'd need from a basic notes app. We found it to be a better alternative to Apple Notes with one minor downside being the need to sign up for a Zoho account to sync your notes. There's no real problem involved in signing up, but it is one extra step.

We had a couple of other small quibbles with the app. For one thing, it has a neat search feature that lets you quickly find any saved text notes. Unfortunately there doesn't seem to be any way to search for audio or picture notes, if you forgot to add any text to these.

In our review of Zoho Notebook for iOS, we'd noted that it's not possible to sort the notes by date, or type for different organisation methods and this problem carries over to the Mac version as well. The app also lacks options to let you import or export notes at the moment, and that's something we hope the developers add in future versions for those looking to switch from another notes app.

Other than these minor issues, Zoho Notebook remains a solid replacement for Apple Notes. It may be too rudimentary for power users, but for most people it's a nice app that costs nothing to download, and has no ads either.

Zoho Notebook for Mac is a free download via the Mac App Store. It's also available on Android and iOS.