It's a testament to how fast things move in the mobile world that 2014 already feels like a different era. Cast your mind back to the time we were still coming off Flappy Bird, a phenomenon that inspired a truck-load of one-button games, and Timberman was one of the better ones, with some people even calling it the 'next' Flappy Bird. We disagreed with that premise, but enjoyed the game, and as it turns out, the developer has been at it over the years making a number of other one-button games.

Its latest, Timber West, released recently and is available for free on both iOS and Android. We decided to try it out, and it turns out that there is a lot to like about this game. It feels very much like a throwback to that era in mobile gaming, and that's not necessarily a bad thing. There is a fair amount of monetisation via IAP and ads in the game, but it's still more restrained than we see in more "modern" titles. The game also retains the chunky pixellated look of Timberman, with a simple one-button interface that's extremely easy to learn, and near impossible to master.

It reminds us of the long time we spent - some would say wasted - playing both Flappy Bird and Timberman, and although the concept felt played out by the time the craze died down in 2014, in today's landscape, it's a refreshing change that is quite enjoyable if you are gaming in short spurts. 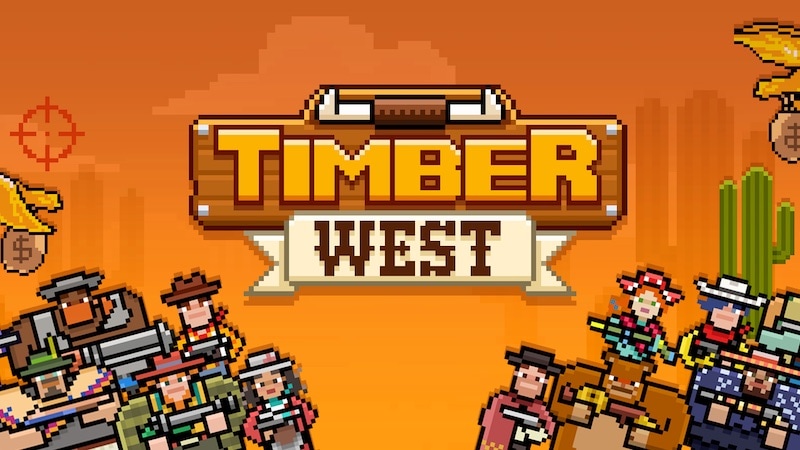 Here's how it works. You play as a cowboy (or cowgirl, or trapper, or barmaid - the list is pretty long actually, but we'll get to that later) taking on a motley crew of outlaws in the Wild West. You stride up to different locations, and as your enemies spring out at you, it's kill or be killed as you shoot your way through each scenario. The game looks extremely cartoon-like, with the characters popping up and bobbing out like cutouts on strings, and dying in giant puffs of smoke before being replaced (for a few seconds) by comically large tombstones.

You stand at the bottom of the screen, and your enemies come up ahead of you from either side or just pop up from behind obstacles. You have a few seconds to line up your shot and kill each one, while a timer ticks down overhead. Miss a couple of shots or just take too long aiming, and time will run out, at which point your enemies fill you up with holes instead. The good news is that if you kill even one enemy, the timer resets, so even a tight spot with lots of enemies can be overcome with a little bit of skill.

The genius lies in the shooting controls. As we mentioned, it's a one-button interface. Touch the screen anywhere, and the targeting crosshairs comes up. As you hold the screen, the crosshairs move upwards, and once this reaches an enemy, let go to fire. While the crosshairs are rising, you can move your finger left or right, and the crosshairs will follow, so you can start raising your sights early and then correct as you get closer. Obviously means that an enemy near the bottom of the screen can be shot at more quickly. On the other hand, a target at the top leaves you with lesser margin for error. 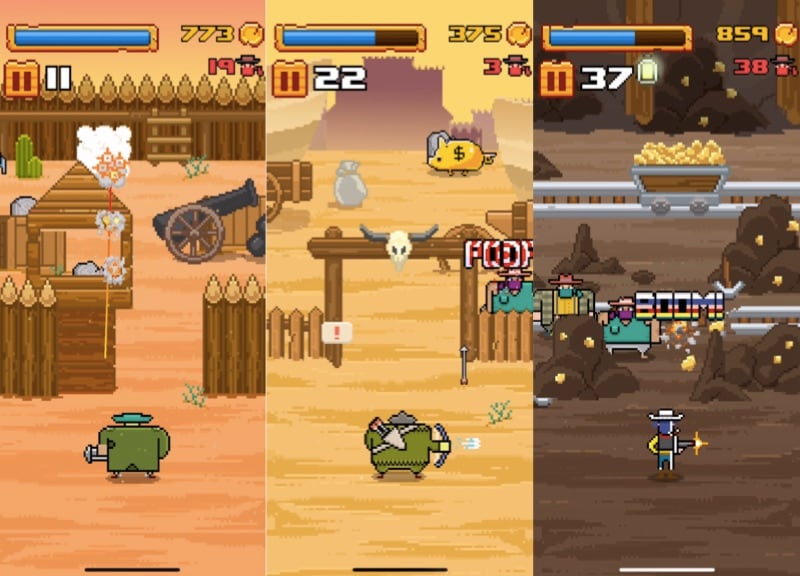 As the levels progress, you'll find yourself facing off against a growing number of enemies, and some of them will also start moving, making it harder to line up your shots. However, you will also find your crosshairs rise up more quickly, so you can line up more shots in less time. This helps build up the momentum as you play, but the downside is that once you die - and you will die - you need to start over at speeds that can feel painfully slow.

The good part is that dying doesn't feel like bad luck, or the game cheating. It's because you flubbed a shot, and that means you need to keep trying to get better at the game, and raise your kill count. One catch is that between rounds, you'll need to watch a banner ad. It's annoying and breaks the flow a little but you can get rid of all adds by buying a $0.99/ Rs. 80 in-app purchase. This also unlocks all the different characters - otherwise, you'd unlock them with the coins you earn by clearing levels. The game also has in-app purchases for coins, starting from Rs. 80 for 1000 coins. These coins can be used to unlock various characters/ levels - low levels unlocks are as little as 150 coins, while a handful of most expensive characters will set you back by 2000 to 2500 coins. On Android, the IAP range from Rs. 65 to Rs. 220.

Overall, the game is nice for small breaks, and keeps the cute looks of Timberman. It's very easy to pick up, and since it'll take you a long time to master, it's not something you're going to be bored of anytime soon. There are a lot of ads if you don't buy the IAP, but it's a fair price for the game anyway, so there's no reason not to spend that $0.99/ Rs. 80. 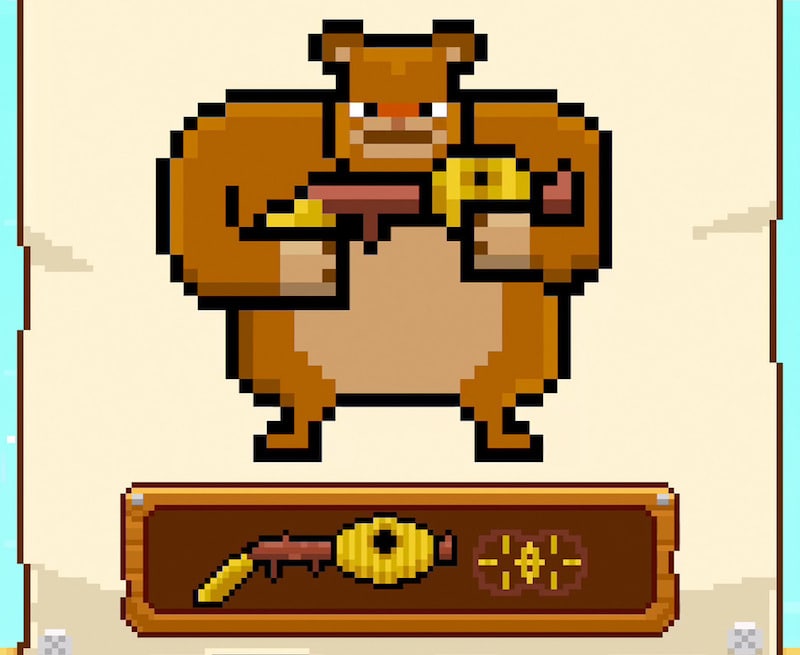 It does feel old fashioned - if you told someone that Timber West came out in 2014 they would believe you - but that's not necessarily a bad thing, particularly if you're interested in finding a nice and quick time waster.

Timber West is available for free on both iOS and Android. The game is ad-supported, with in-game currency starting at $0.99/ Rs. 80. You can also unlock all characters and remove ads for $0.99/ Rs. 80. Gadgets 360 reviewed Timber West on a 12.9-inch iPad Pro.

product Timber West is a one-button mobile game that's simple yet challenging, easy to pick up, and very hard to master. It almost feels like a throwback to 2014, but that's not a bad thing.
Comments