SwiftKey's Transliteration Feature Is Quick but Needs a Few Improvements

In its announcement, SwiftKey stressed that it worked on bringing the transliteration feature to its keyboard for months. We tested out the new transliteration on the SwiftKey app and here are our first impressions. 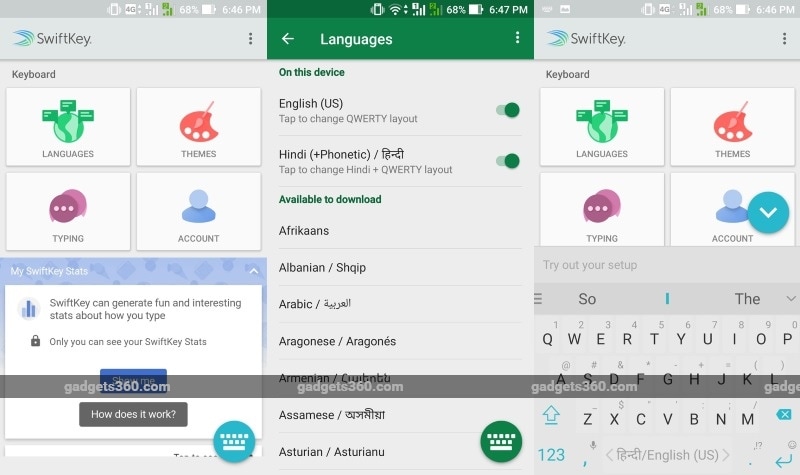 One of the advantages of using third-party keyboard apps are they offer more features than the inbuilt (or default) keyboard app that is available to users out-of-the-box on a device. SwiftKey, for example, offers several Themes and also lets users customise the layout of the keyboard. New users will have to download the SwiftKey Keyboard app from Google Play and enable the keyboard app.

Microsoft-owned SwiftKey points that the transliteration will be automatically enabled for users who already have Hindi or Gujarati languages installed on their smartphones. With the new feature, you can type phonetically using the English letters - "Kya kar rahe ho," and the keyboard will suggest the Hindi words for the typed words. One of the best things about the new feature is it's enabled automatically.

The transliteration works when users are in the QWERTY layout, Hindi words start appearing in English letters as well as in Hindi. However, when using the native script layout, word predictions only appear in the language of that script. With the new feature, the SwiftKey keyboard app will allow users to type in English and then select matches in Hindi and Gujarati. It allows users to type in English, their native script, or a combination of the two. To recall, SwiftKey already offers keyboards in 22 Indian languages. 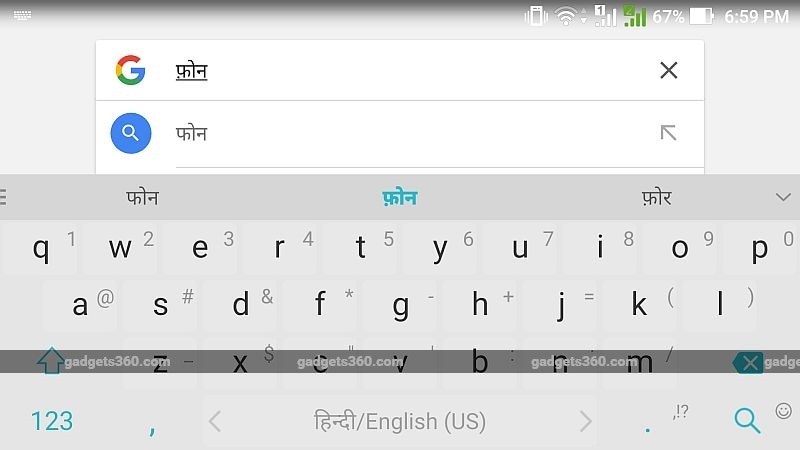 SwiftKey keyboard app offers quick predictions right from the start. Once the word "How" is typed, the prediction bar already has several possible next word predictions. This works the same way when transliterating the Hindi language as well. When we typed a few Hindi words on messaging app, the keyboard app automatically started predicting next Hindi words, which is great addition and can save time. Moreover, the Hindi predictions do appear while being in the English keyboard which is great for users.

We liked SwiftKey's predictive keyboard that typically offered word suggestions based on what it learned about our usage. It picked the script to offer suggestions based on our past usage too. For example, if we typed a word in Hinglish and another in Hindi, the predictions were tailored accordingly.

We however wish that this also worked the other way round for regional users in India. As some users are more comfortable typing in Hindi and would have loved having the transliteration feature available to them, it would be great if the app offered English predictions automatically, while maintaining the Hindi keyboard. 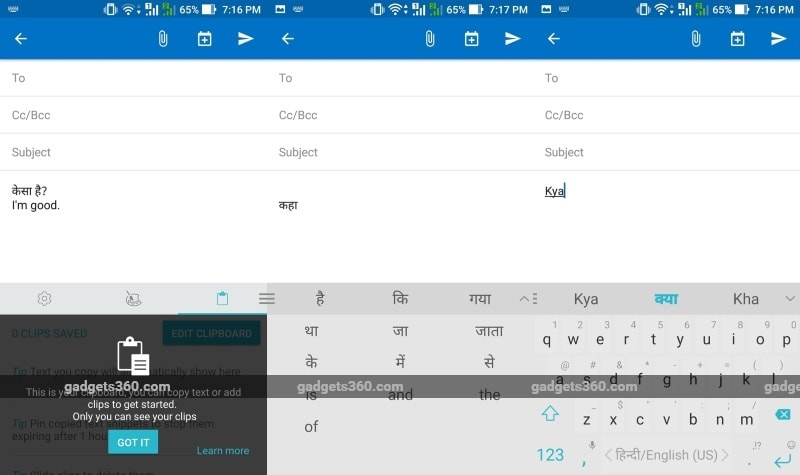 We have used Google's Indic keyboard previously and can tell that the SwiftKey's prediction of words are way better. We also like the Themes galore that allow users to customise the keyboard.

We tried several sentences in a combination of Hindi and English words on SwiftKey Keyboard, and the experience was decent. There was a few times that the keyboard sent English words while we were having conversation in Hindi and looked unusual.