Socioball Review: A Premium Indie Puzzle Game Made in India

The iOS puzzle game Socioball is an unusual thing - a premium indie mobile game, made in India. Developer Yellow Monkey Studios wouldn't have it any other way, but although that's a laudable stance, it doesn't really say much about how good or bad the actual game is. To find out, we asked the developers for a copy and took the game for a spin.

Does Socioball really deliver a premium experience in a marketplace where you can get hours of fun without spending a rupee? That's what we want to find out.

When we first fired up the game on an iPad 3, we were impressed with the art. Socioball has an eye-pleasing colour scheme that is a departure from some of the garish work we've seen made in India. The game features a quadrilateral floor of tiles and your goal is to guide a ball from the starting tile to a destination tile. The ball, start tile and destination tile are all blue, which marks them out clearly against the other tiles, which are white.

The top corner of the playing space looks like it has been skewed a bit to make it easier to see and control on touchscreen devices. This slight bit of asymmetry did irk us initially but as we played the game, it stopped bothering us and we understood its utility in terms of making corner tiles easy to access. 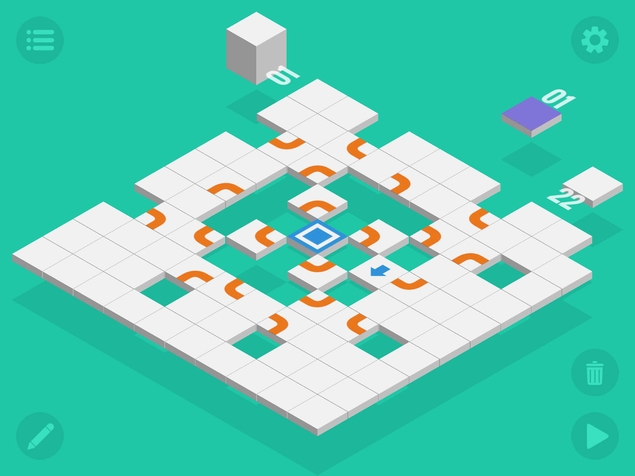 The game has a minimalistic look that fits in with the puzzle solving genre. The developers told us that they were "sold on the minimal look" because they don't have any artists who can create highly detailed artwork. While that may sound like a compromise, if you play the game you will see that the developers have taken care to ensure that the art appears polished. The tiled floor has a shadow hovering below, which makes it feel like a floating world. The special tiles that act as powerups have also been designed well. The animations are smooth - the way the ball moves, jumps or teleports feels seamless and we didn't spot any lag either.

The basic idea in Socioball is simple - just guide the ball to the destination tile. Different tiles affect the movement of the ball in various ways and the puzzle lies in figuring out how it all comes together. There's no story, but it is a puzzle game and so long as the puzzles are challenging, the lack of a story won't bother anyone much. The first few levels of the game are an expanded tutorial. Playing these levels will teach you about the different kind of tiles available in the game and what each one of them does. The problem is that the first 14 levels just teach you the basics, so you spend nearly a quarter of the game just learning how to play. Each level starts with some holes in the tiled floor and some tiles waiting outside the arena. You can place these tiles on the grid, to guide the ball to its destination. 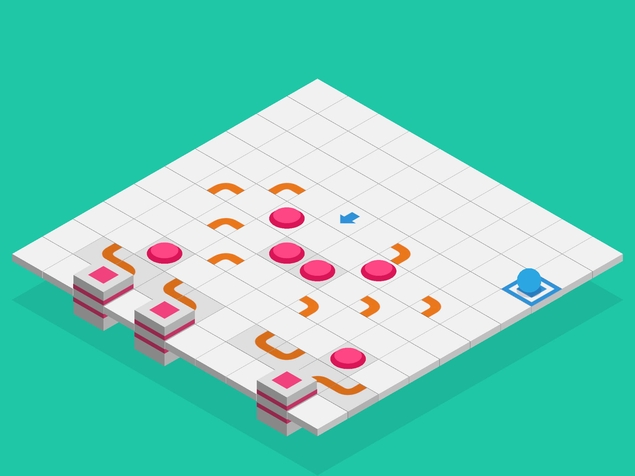 The concept is simple and forms a solid base for the game but the fun gets over too quickly. There are a total of 60 levels, and 14 are just tutorials, so Socioball feels really short as a result. While the developers plan to keep adding new levels for free every week, it would have been better to have more levels to play right off the bat.

At times we could solve puzzles just by looking at the tiles available and placing them in obvious positions. For instance, in one level there were four holes in four corners of the tiled floor. There were four turning tiles available. We placed them in these slots and the puzzle solved itself. But there were other times when we took a lot longer to clear a level because the solution involved using tiles in a creative way. We finished the game in around four to five hours, but we had to take breaks to clear quite a few puzzles. After the break, we often found ourselves approaching the puzzle from a different angle and that helped us get past these levels.

Each level has a name that tells the player about the nature of the puzzle. There are many movie references in level names and sometimes thinking about the level name did point us towards a solution to puzzles we couldn't solve immediately. This level naming gives the game a bit of personality, something which reminded us of the smash-hit indie game VVVVVV. 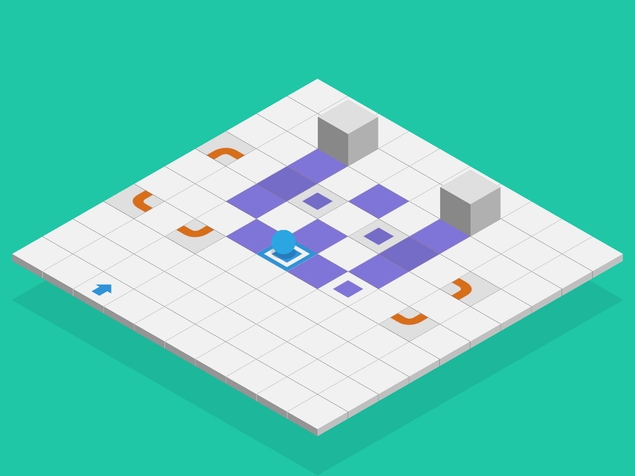 You can also create levels in the game by tapping the pencil icon on the bottom left. The process of level creation is easy. You just drag various tiles to the floor and decide how you want the ball to reach the destination. As soon as you finish making a level, the game logs in to Twitter to let you share it. You can also search for puzzles posted by others. Tapping the image of puzzles posted by others creates that level in your copy of Socioball. To make the most of this game, you have to let it access your Twitter account. If you skip that, you are skipping the fun "socio" half of the game.

However, not all is perfect with Socioball. While we enjoyed playing the game, we felt that the game could have used a few elements to improve it further. The game has nice sound effects, but no soundtrack. The game asks you to solve puzzles in near silence. Some players may like this, but we strongly feel that a good soundtrack adds a lot to a game. Some of last year's best iOS games such as Threes! and Monument Valley had great soundtracks that were essential to the experience. Socioball would have been a better game with some good background music.

From a gameplay standpoint, we felt that Socioball lacks replay value. Once you've solved a puzzle, you aren't likely to play it again. One way to address this is to add another way to solve each puzzle. If each level has two possible solutions then you'd be playing the game for longer and enjoying it more as well. This is a well-designed premium game and some replay value would add a lot to it. 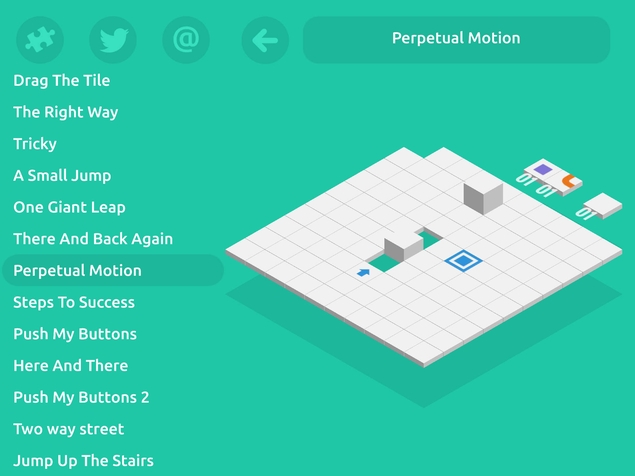 Since the developers have promised free level updates, Socioball is a game will get better with time. In terms of production, Socioball feels like a high quality game that could have come from anywhere in the world. That it is an indie game made in India makes it even more interesting. We feel Socioball is a challenging puzzle game that's well worth the asking price of Rs. 190.

Socioball is available on the App Store for Rs. 190.