There are games that have a few ads and then there are ads with a little bit of game thrown in. Real Cricket: Premier League is the latter. Nautilus Mobile’s latest game was released just two days before the start of Indian Premier League 2017, one of the world’s most popular cricket tournaments. As it's already clear, watching IPL 2017 live is a much better use of your time.

Being one of the most popular cricket games on smartphones, Real Cricket is a big money spinner for Nautilus Mobile. With cricket games, however, the challenge often is that the sport has a large fan following that is unwilling to pay for games or in-app purchases. Ads are a way to circumvent that, but Real Cricket: Premier League has gone overboard.

Most people will download Real Cricket: Premier League because they enjoyed Real Cricket 16 and were drawn in by the new Auction mode and they are interested in IPL 2017. The moment you open the game, it asks you whether you want to watch an ad - to disable ads for just 10 minutes. That should be warning enough for most people to just delete the game, but we decided to keep going.

The Auction mode lets you pick your team, and you start bidding for stars such as Virat Kohli, Chris Gayle, and Rohit Sharma. Players are categorised in various pools such as batsmen, wicket-keepers, and bowlers. The first few pools have most of the best players, but you have limited funds so you bid wisely - picking one or two stars and using the rest of your money to find value in the market. All of this sounds great on paper, but one look at the Auction mode interface was enough to dispel that notion. It’s just a wall of text with a few tickets thrown in. 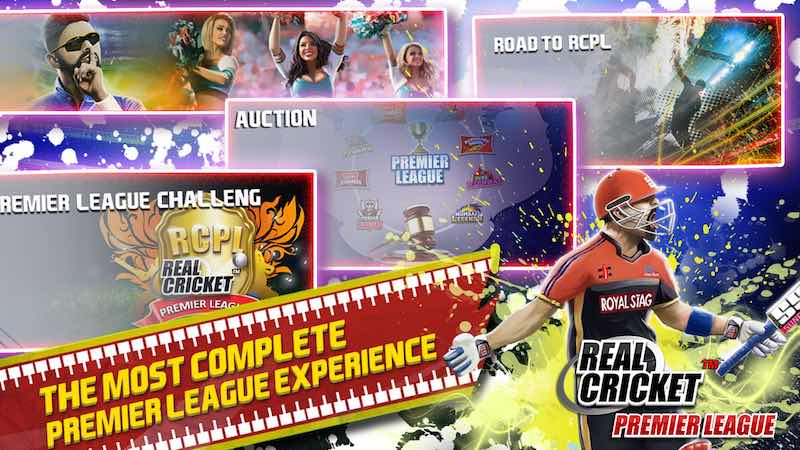 These tickets show the amount you bid on each player. It’d feel a lot more authentic if the animations were any good. Here the ticket just becomes bigger and then returns to normal size in a bid to simulate throwing a ticket on a table.

Sadly text borders from boxes around the tickets stay above the tickets at all times giving it a feeling of incompleteness — as if the UI designer forgot to remove a wireframe from this section of the game. This leads to an incredibly crummy experience in the one graphical element on the bidding screen.

The auction itself gets incredibly boring almost as soon as it begins. The bidding process for each player drags on and on with no way to skip to the highest bid fast. All you can do is skip bidding for that player entirely and move to the next. That brings us to the game’s biggest problem - ads.

Suppose you see a pool of players in the auction that you don’t want to bid for. You can hit the skip pool button, and the only way to do that is to watch an unskippable 30-second video ad, or (sometimes) an app download ad that takes two taps to close. If you run out of cash during bidding you can watch an unskippable video ad to gain some more, but an ad for skipping bidding is just plain ridiculous. 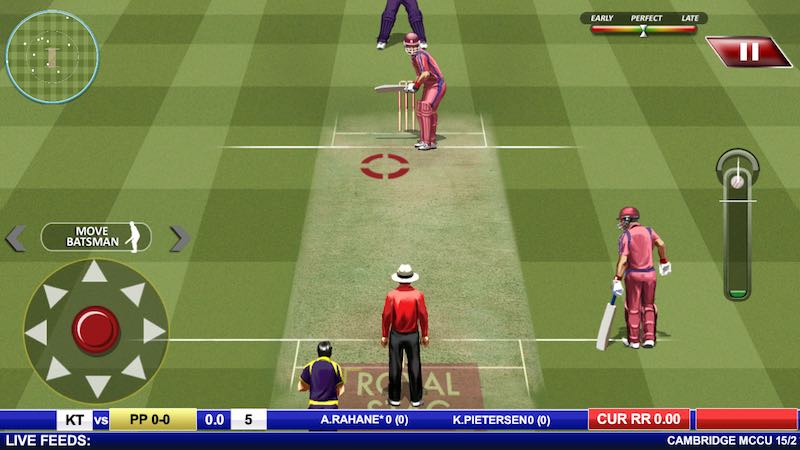 The rules of the auction are also explained in one verbose screen before the process begins, which makes for a shining example of how not to offer a tutorial. There’s no help for you after that. We played through the bidding process twice and legitimately spent around 40 ad-filled minutes each time just trying to buy players for our team. When it takes that long to actually start playing cricket in a cricket game, you know there’s something wrong with the developers’ priorities. The game developer doesn’t have the licences for any of IPL’s teams and that means you have to play with teams that have different names and logos. The name of the city they represent is present, so you’ll be playing as Mumbai Legends instead of Mumbai Indians. This isn’t likely to bother anyone though, as all player names are real.

When you start playing, you have 100 coins but guess what? You need 150 coins to enter a tournament and another 75 coins to start the first match. How do you get those coins? You guessed it right - by watching more unskippable video ads. If you think that this is the end of ads, you’re wrong. While playing the game, every time you take a wicket, or get out while batting, you see another ad. That’s not to mention Nautilus Games’ sponsorship deals with some companies so their names are plastered all over loading screens.

If you’re playing badly, the game offers you “better” bats or balls that you can get for free for one-time use - if you watch an ad. You can always buy these items too but then that’s not the goal here, is it? The actual gameplay is pretty much identical to what you’d experience with Real Cricket 16. The game is not kind to beginners. It takes time to get the timing right when you’re batting and you might end up all out for low scores if you’ve never played the game before. Even bowling is not easy but if you pitch the ball in good lengths you are likely to get wickets - which is just logical. The game’s graphics are frankly, quite bad. There’s no such thing as a player face - all players are just generic characters on screen with no identifying features except the arm they bowl with or if they’re a right-handed or left-handed batsman. The learning curve in Real Cricket is quite steep but once you master it, the game becomes fun to play. It takes time to get there. There’s still too much of a pause between deliveries and sometimes the bowler takes too long to start bowling, which made us wonder if it was coded with an ad break in mind.

Based on our experience, it appears as if Nautilus’ goals with Real Cricket: Premier League was simply to find a new way to serve ads and make money. The game feels like it’s a rehashed version of Real Cricket 16 with more ads. You can remove those ads for Rs. 10 per day or Rs. 650 permanently.

If the main game had improved, it’d have been worth paying the price. With things as they are, you’d save a lot of time, battery life, and probably even yourself if you don’t bother playing Real Cricket: Premier League. Just watch the IPL, or go play one of these five cricket games instead.