Out There Chronicles Is a Fantastic Science Fiction Interactive Comic

In 2014, we listed Out There as one of our favourite apps and it's a hugely successful game. The original game was released for Android and iOS, followed by Windows and Mac. The game was a procedurally generated adventure where you woke up in the far corner of the galaxy with no knowledge of how you got there. Then you had to fly across star systems (using a point and click menu - the game is very bare bones) in a bid to discover what happened to humanity. Developer Mi-Clos Studio's latest - Out There Chronicles - is a completely different game.

(Also see: Out There Is an Unfair Game That Fairly Shows Humans' Position in the Universe)

While its story is based in the Out There universe, Out There Chronicles is an interactive comic book and even less like a typical game than the original. A vast, unknown power has snuffed out Earth's Sun, leading to a mass exodus from the planet. Four arks - huge spaceships carrying humans in cryostasis - set out towards different parts of the galaxy to find a new home for humanity.

You play as Darius, possibly the only survivor of Ark Europa, who wakes up in America. That is, on a moon called America where people from Ark America set up a colony 10,000 years ago. You have a dark past and a secret that will land you in trouble with the people of America.

The game has a very nice style of showing dialogue boxes. These pop up neatly only in the bottom half of the screen, thus highlighting the game's excellent art. The art looks like a wallpaper, while the text goes nicely with it. Character drawings appear in the top half, and they are great too. 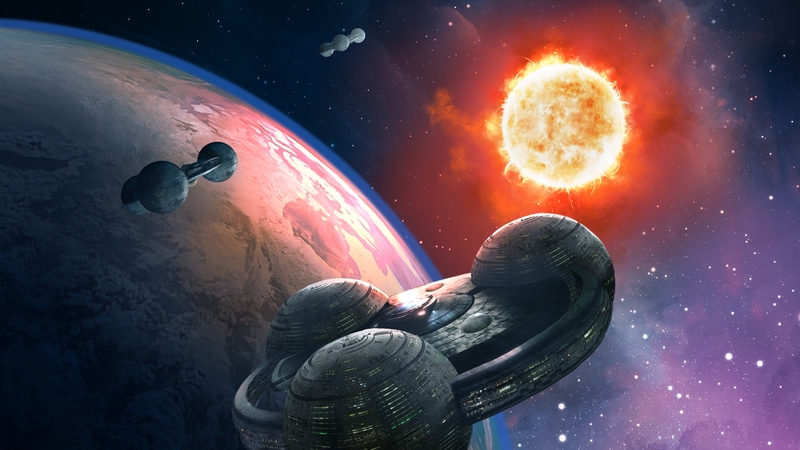 Mi-Clos Studio has come a long, long way from when Out There was launched two years ago. Not only did the original game get great art after a big update, the studio has bettered it in Out There Chronicles.

The story is gripping right from the start and we found it stayed great till the end. The only problem is that some of the choices felt a bit too linear. It was easy to tell which ones would be the good choices and which would be bad. Not all choices were this way though - just when we thought that choices would be easy, Darius leaves America and the story moves up a notch from there. Some of Out There's elements also make an appearance, which is just great.

Remember how Out There changed things around so different words would mean different things on each playthrough? Similarly, memorising the 'language of the gods' is not possible in Out There Chronicles. You get to choose which words mean what, so a certain word could always appear as "God" or "Monster" depending on what you choose. Also there is a part in the game where you choose between four options - A, B, C, and D. No matter which order you pick, the thing you need will always be in the last one you choose.

That definitely adds an element of unpredictability to the story, which is a nice touch. The writing has the same calibre as that in the original game. This is not surprising as the writer is the same. We finished the game in around two hours. Thankfully the game is generous with checkpoints, so it's not too hard to keep playing if you die. At the end the story reveals that this is just episode 1 and more episodes will most probably follow. 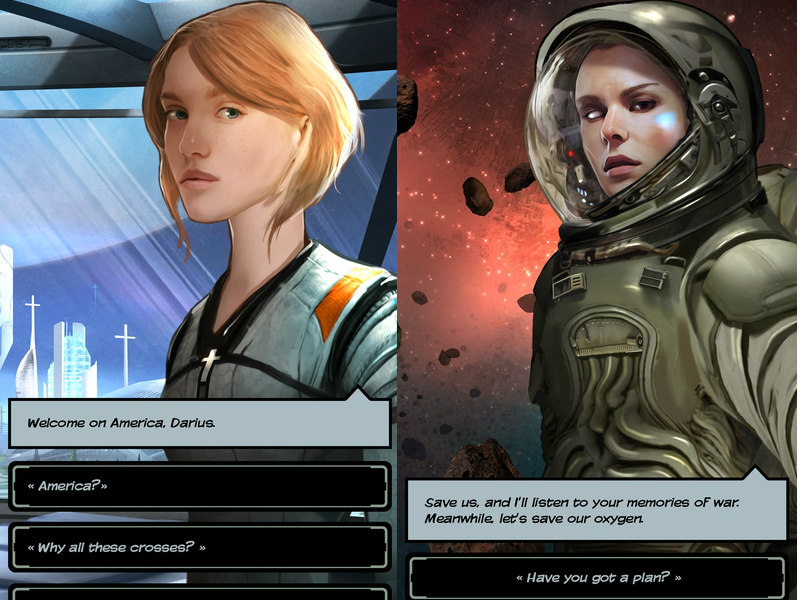 If you are a fan of the original game, Out There Chronicles is a great purchase. If you just want a good science fiction interactive comic, we'd still recommend it wholeheartedly. The game is a bit short, but we are eagerly waiting for future episodes, which shows how much we like it.

Out There Chronicles is available on iOS and Android at Rs. 190.