With Microsoft Word Flow, Google's Gboard Has Some Decent Competition on the iPhone 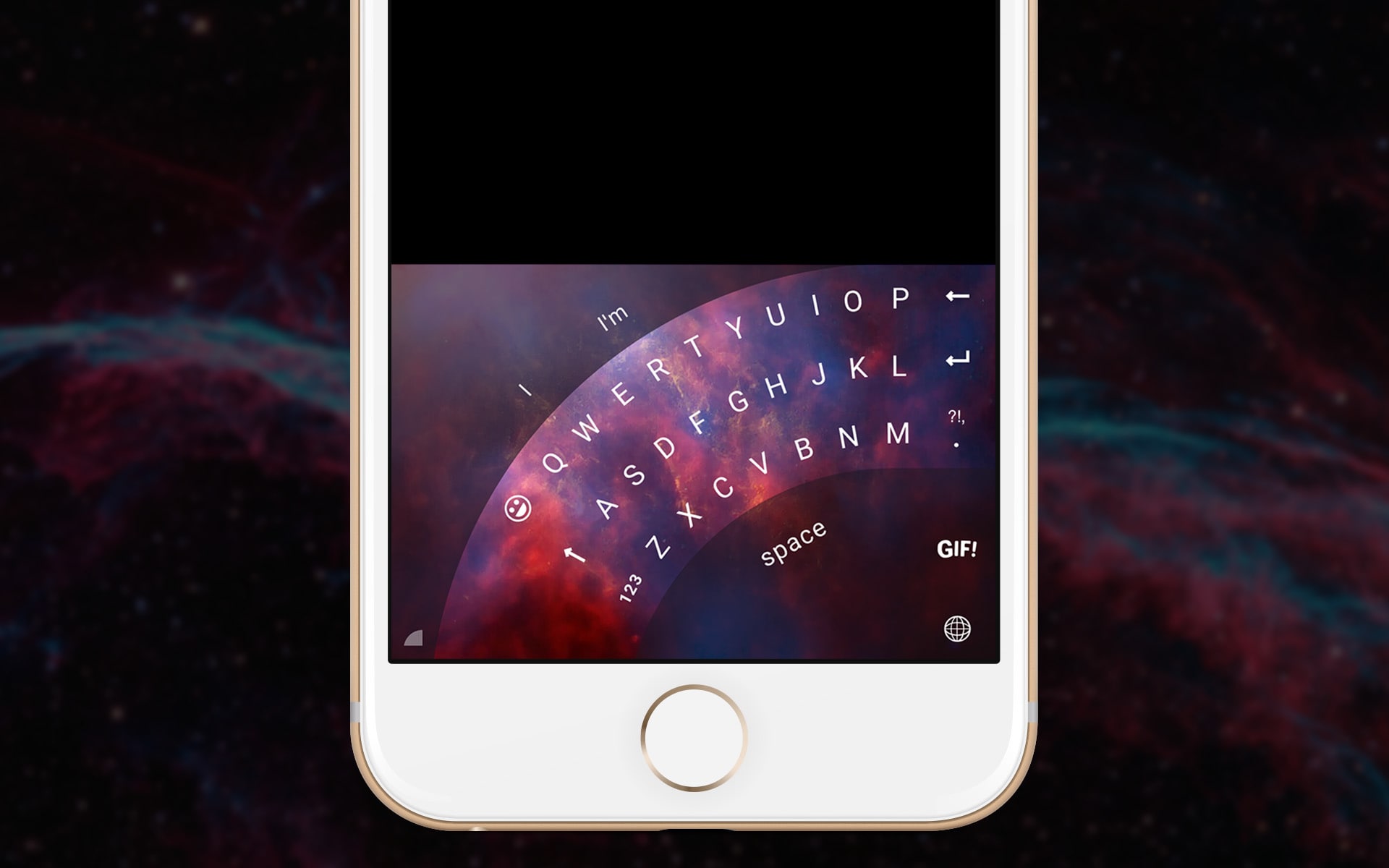 Today, iPhone keyboard apps have become an important fighting ground. Whether you’re scrolling through Facebook or looking at your friends’ beautifully framed pictures on Instagram, the moment you hit the comment button, you’re not just calling upon a keyboard to type with, but an ecosystem in itself.

The app you browse through may change, but the keyboard stays right with you. No wonder then that the world's biggest technology companies want a share of the pie that was once the bastion of smaller developers such as SwiftKey (now owned by Microsoft), Swype, and many others. Microsoft launched Word Flow back in April, and it was followed by Google's own keyboard app - Gboard – in May.

Gboard wasn't just a stable experience, but perhaps the best iPhone keyboard available at the time. With a recent update, Microsoft seems to have studied Gboard's best qualities, and then proceeded to add the ones that were missing in the original Word Flow release.

In a nutshell, here's what's new: you can now search for gifs, images and emoji, you've got the power of Bing at your fingertips, and you can even bring up contact cards to quickly share information.

Swipe left on the suggestions bar to bring up Word Flow's media panel, and gif search will be the first option you see. You can pick from multiple categories or use the search bar to type your own, just like in Gboard. It also looks a lot like Gboard, which is probably down to the restricted amount of screen space.

Microsoft's gif search does differ in how its list of categories try to give you more of the same once you pick one. Say you were to select "laughing" under gif; the other categories would then turn to humour, sarcastic, laugh out loud, and LMAO. It's a great touch that doesn't get in your way - relevant suggestions can help you refine your search, and if you want to jump to another category set altogether, just hit the tiny x mark on the search bar.

Word Flow does gif search prompts as well, something Gboard introduced in a later update. Typing in phrases such as "Get out", "Yay", or "Good luck" replaces one of the word suggestions with "gif!" in bold, animated letters. The implementation also varies in how the two apps detect phrases. If you were looking for gifs that signify your thanks, Word Flow would show its prompt the moment you type "thank you" while Gboard will wait till you put an exclamation after the second word. If Word Flow thinks your phrase (such as "LOL") could be part of a longer word (such as Lollapalooza), it will wait until you hit the space-bar.

Unlike Gboard, Word Flow's image search is for slightly more advanced users, as it allows searching for both Creative Commons and copyright images. That does give you more options and while the latter are perfectly fine for sharing privately, you have to be wary using them outside of personal conversations.

But Word Flow isn't always on point with searches, and sometimes ends up displaying results that are strangely out of place. Pick high five, and you're presented with quite a few options that have zero high fives in them. And in the category called “no”, you might come across a laughing David Tennant or Dean Winchester saying “You’re awesome”. What's happening, Microsoft?

Word Flow’s emoji search doesn’t work on the fly, and you have to type in your search term and hit enter to find relevant emoji. Gboard, on the other hand, narrows down the results with every letter you input. Add to that the restricted nature of keywords – they are really specific as opposed to being generic – and finding emoji with Word Flow is anything but smooth. For example, try "woman" and you only get one option, and it's the same situation if you try "family" or "dance". Gboard is much more flexible on this account, serving up 18, 15, and 7 relevant options for the respective keywords.

It gets even worse for broader terms such as "finger", which brings up nothing (Gboard gives you over a dozen). If you don’t know the exact term for the emoji, you’ll mostly be out of luck with Word Flow. Having to visit an emoji database such as Emojipedia to learn the search terms for over a thousand different emoji is probably the last thing you should have to do. Gboard does a good job of casting a wide net so as to give more options, Microsoft's implementation is a horror show.

That brings us to the second addition: Bing. While Google put its own search engine front and centre with Gboard, Microsoft’s search is buried in the same section as gif and emoji search. It also doesn't do prompts the same way as Gboard. Typing the word lunch brings up image search as a suggestion, but it doesn't wake up Bing to the possibility that the user could be looking for nearby places. It’s odd that Microsoft thought people would want food pictures over locations.

Gboard has been clever enough to do that since day zero, even if it does miss variations ("How about lunch?" and "Let's do lunch?" are not accepted as alternatives to “Wanna have lunch?”). With Word Flow, you'll need to navigate to the search icon to look for the same. What's good is that once you’re there, it does recognise the higher probability that a mobile user would be looking for places to eat and not the definition. So if you were to type in "sushi", you'd get a list of places in your area that serve said type of meal.

The third new feature in Word Flow v2 is one that Gboard doesn’t yet have: bring up information from your contacts. While Google can learn names of people to avoid terrible auto-corrections, Microsoft goes a step beyond. The moment you type in a contact's name, Word Flow will display their picture as part of the suggestions bar. Tap it and you’ll see their contact card, allowing you to quickly share their phone number, email and other details.

The crux of the experience
A keyboard app is after all meant to help you type faster with fewer mistakes, learn from your patterns, and provide better suggestions, and largely not get in your way. Gboard got off to a better start, but Word Flow v2 shows that it can be matched or even bettered. The latter’s one-handed mode – which Microsoft dubs Arc Mode – can take getting used to. You’ll end up typing words you didn’t mean to in the beginning, but the shorter traveling distance does help if your other hand is busy, particularly so on bigger iPhones.

It eventually comes down to nitpicking to decide which experience is better. Gboard trumps Word Flow in how it handles cursor navigation for the line of text you're currently on. It allows you to use the space-bar to move the blinking input symbol back and forth, instead of having to lift your finger and then touch on the word that needs editing. This makes it easier if your other hand is busy with something else, but Word Flow really nails down proper one-hand operation.

The third noticeable difference, and the most important one, is how the two apps handle gesture typing. With Gboard, the suggestions tab will reflect the nearest suggestion on the fly. So if you were typing a really long word such as procrastination, you only have to get to midway before "procrastination" shows up in suggestions. With Word Flow, it's a very different ball game. The suggestion bar is empty while you're using gesture typing. That means you will never know what word you're spelling or if you've introduced an error, and should you decide to stop in the middle, a word like “procrastination” ends up spelling “procreation”.

With its latest update, Microsoft has built a worthwhile contender in the iOS keyboard category, and it can come down to personal preferences for what you’ll like. If you rarely need one-handed mode and prefer Google over Bing, then Gboard – with its honed gif and emoji search, plus support for languages outside English – will serve you better.

Word Flow v2 is a solid competitor, which is great news for every iPhone user – after all, competition breeds innovation and excellence. Let the ⌨ games continue.

Moto G4 Play Set to Launch in India on September 6