Listen to an Ad and Make Free Calls With This App

There is no shortage of apps you can use to call other people in order to cut down on your phone bill, but most of them have a simple problem - they require both users to have the same app installed.

There are also a number of good apps that allow you to make voice calls for a fee, but these also come with some problems that can be solved, and if you're calling a telephone number, you're usually still paying some amount for the privilege.

Enter Nanu, a voice calling app that claims to use much less bandwidth than competing products, and comes with a feature that makes calls completely free.

The way it works is simple - Nanu gives you a few free credits every day, and you can use these to pay for phone calls. The credit it gives you is not very high, but you can also perform actions like downloading other apps to 'earn' more free credits. In practice, it's similar to apps that give you free recharges to pay for mobile data, but obviously in this case the credit can only be used with Nanu.

Thankfully, the Nanu app itself is nicely laid out, easy to use, and the call quality is good too, so it isn't a big issue. Users can call any landline or mobile number using the free credits provided by the app.

The catch is that the free credits don't carry forward from one day to the next - so, for example, you can't build a stockpile of free credits over the week to blow up in an hours-long call to the US on the weekend. 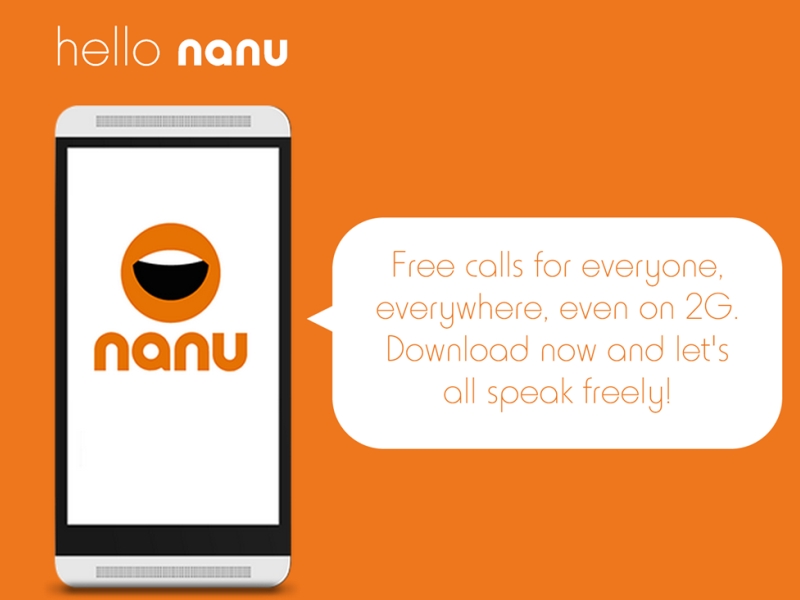 The interface of the app is pretty simple - when you launch the app, you'll see recent calls, and you can enter Nanu's dialer to call anyone. You'll see the credit balance and how many minutes of talktime this works out to, directly from the dialer.

Through the menu, you can see the free credit, and you can go to the Free Credits menu to earn more credits. For example, downloading the Amazon app got us five free credits, while playing a Web game was worth 49 free credits.

Testing the app across 2G, 3G, and 4G networks, the call quality remained extremely clear. Even on 2G connections, you could hear the other person very clearly. Nanu claims that it uses 80 percent less data than other VoIP platforms such as Skype and Viber.

The company states that Nanu uses 105kb of data per minute, and when you call someone, you'll also listen to an ad while waiting for the other person to pick up the call. Calling within India costs you 2 credits per minute, and you can look up the rates for other numbers.

Thanks to ad-supported calls and daily credits, Nanu offers actual free calling around the world. That's not a bad deal, and it works on both iOS and Android, so it may be worth your while to check out the free app. The worst thing you'll have to deal with is a few ads.