Movie-videogame tie-ins used to synonymous with low quality, and the shift to mobile for tie-in games has largely been a good thing, since the shorter time and budget available for developing these kinds of games is a good fit for the mobile space. As tablets and phones get more powerful, that's going to change, but for now, mobile games based around movies have been seen as a reasonably good fit.

In India however, mobile games based around movies have been about as bad as the console games based around movies. When you look at movie games over the years, you can see slow improvement from the days of something like Ghajini to the new Dhoom 3 game. The latest two such games are based around the Rajinikanth starrer Kochadaiiyaan; both have been made in collaboration by Gameshastra and Hungama, and continue to show how Indian games are slowly improving. Both games are free, but ad-supported, and also include in-app purchases. Currently available only on Android, versions for iOS, Windows Phone and also Facebook are being developed.

Kochadaiiyaan: Reign of Arrows
Given what we've come to expect from Indian developers, the game is surprisingly high quality. The idea itself isn't very new, but the execution is pretty good. It looks a little chunky, and when you compare it with a game like Frontline Commando or The Collectables, then it looks terrible, but compared to the average game, Reign of Arrows is a pretty good fit. 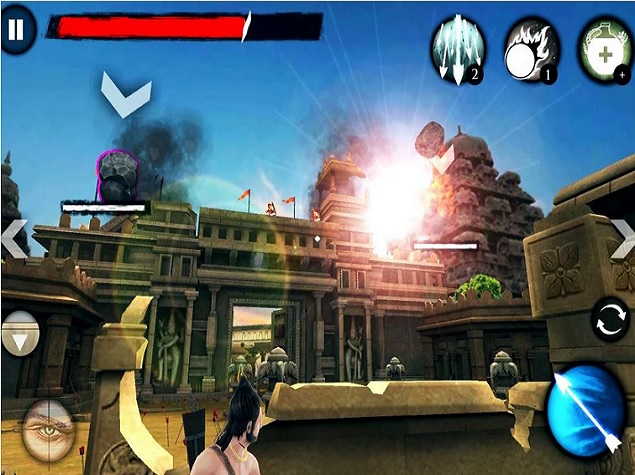 This free Android game is a third person cover shooter; you're controlling Rajinikanth's character and you have to single handedly destroy an invading army that's trying to take over your home town. There's a sea of enemies that keep marching up as easy arrow fodder, which keeps the game quite busy.

Movement is extremely limited - instead of freely running from point to point, you tap on pieces of cover to take up the most advantageous position. You can use special powers like the Reign of Arrows, which is, well, a rain of arrows; other special shots are cheaper and you'll also get them more often, such as explosive arrows and split shots.

One thing that's a little off putting is the strange product placement in the game, particularly considering that it's also ad-supported. There are health potions that you can have to recover from being hit, which are called - "Aegon Religare Health Potion".

The game plays very straighforwardly; get into cover, tap enemies to shoot them, and use your special powers when needed. Between ads between levels, you're able to upgrade your armor and attack abilities, and purchase power-ups. It's a well established genre that works pretty well on the mobile, and the art style and overall visuals look good. 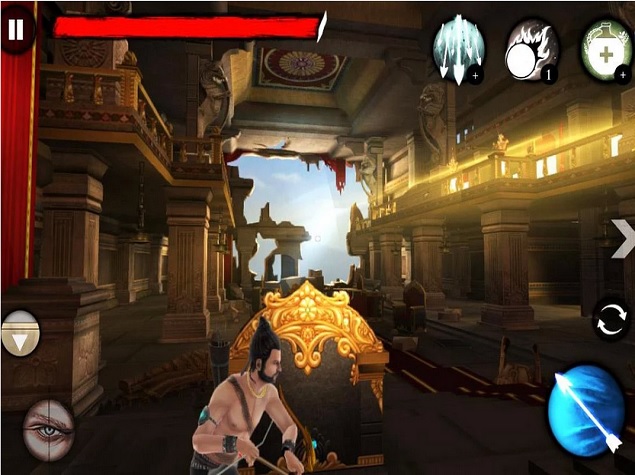 Some of the animations look funny, but it's not a big issue - the main problem with this game is the aggressive monetisation tactics, which range from product placement to in-app purchases to a lot of ads. Despite that though, it's a pretty fun game, and it's free.

Kochadaiiyaan: Kingdom Run
This side scrolling auto-runner is a little bit more of a problem than Reign of Arrows. The fact is that the genre has been very thoroughly exhausted by now - many of the best early games on mobiles were sidescrollers, before the slew of Temple Run clones took over. It's still worth checking out though, and it's available for free on the Android Play store. 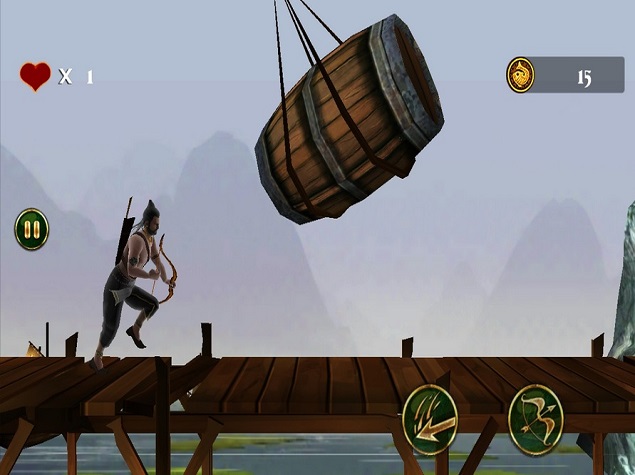 As a result, there's nothing Kingdom Run can do to feel fresh. Add to that the fact that the animations don't feel fluid or natural, and the game starts to feel dissatisfying. With Reign of Arrows, the focus is usually on the faraway enemy, and people move a little, then get into cover, and so the flaws in animations get concealed.

Here, you're running up close and personal, and when that feels jerky, when your character's model clips through the geometry, and when the precise dimensions of the platforms underfoot and your character are unclear, then it breaks the immersion.

If you're willing to put up with what is only a very average game for the sake of the IP it's been wrapped with, then you're probably going to enjoy Kingdom Run, when you find the gaps between ads. The game is quite gory - as you run and jump across different levels, you're confronted by a host of bad guys, and you're going to fill them up with arrows as you dash past.

There are special weapons, power ups, and upgrades to purchase along the way, which will keep you interested in the game. It's well thought out, but the execution is sadly lacking. 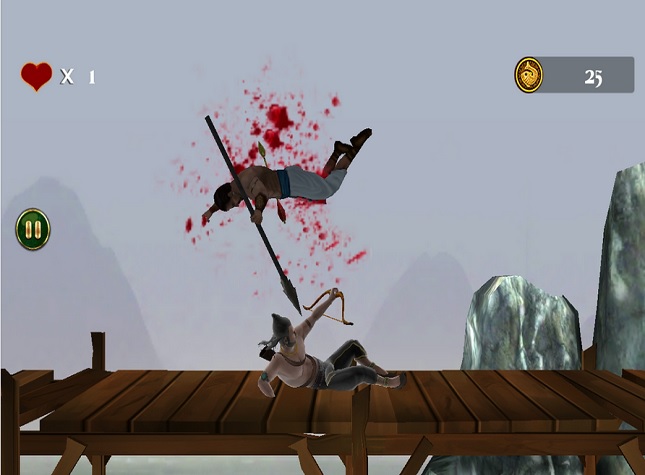 Overall, this is true for both games, but platformers are a more thoroughly exploited genre and that is why the problems feel more pronounced here. The game has the same kind of monetisation as Reign of Arrows, which can be a little tedious, but again, the game is free, and is certainly a step in the right direction.