Implosion - Never Lose Hope is an ambitious game for mobile devices which, unsurprisingly, falls a little short. The game itself released some time ago, but it's been getting regular updates. There's been a lot of content added to the game, and that goes a long way towards justifying the relatively high $9.99/ Rs. 620 price on the App Store.

There's no free trial or lite mode you can try on iOS - it's a proper premium game - but it’s seen plenty of temporary price cuts in the past, so if you're on the fence, then you should just add this game to your watchlist. That said, having played Implosion when it first came out, and then again this week, we're pretty convinced that it's a value for money deal. Here's why.

Implosion is a fast-paced action game that also looks amazing. There's a lot of variety, and a fairly interesting (if somewhat predictable) story that will keep you involved as the game progresses. The game puts you inside a mechanised robot (which should appeal to any Gundam fan) and gives you the task of taking on a strange alien life form called XADA. These XADA had invaded Earth in the backstory, forcing humans to leave the planet. However, the fight's been continuing thanks to the War-Mech battle suits, and early into the game, you come to learn that humankind hasn't been wiped from the Earth either. 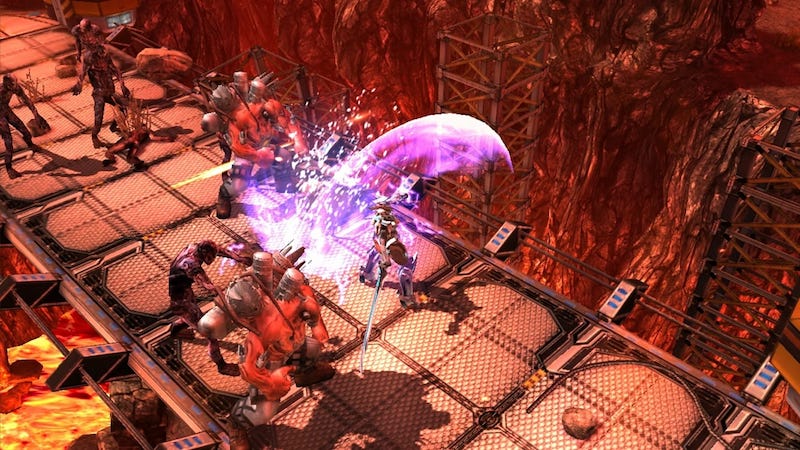 The game itself typically plays from a three-quarters top down view (though in some levels the camera comes closer, making it look almost like a side-scroller), and with your left hand you use a virtual stick to control movement, while there are virtual buttons on the right side that can be used to unleash your attacks and special moves. Tap and drag on the right side to aim and shoot projectile weapons, otherwise get up close and personal to slash and smash the bad guys.

Timed attacks, a good mix of fast slashes and heavy strikes, along with a few dodges and dashes should get you through most situations, and there's always a machine gun and other projectile weapons like a rocket launcher to help you cut through the rest.

Each chapter is divided into multiple levels, which typically last for up to five minutes. This means that you can easily play the game on the go or during breaks, without taking up too much time. Pausing between levels, you can upgrade your mech with various "modules" that you pick up during your fights, and this does make a small but significant impact on your performance. 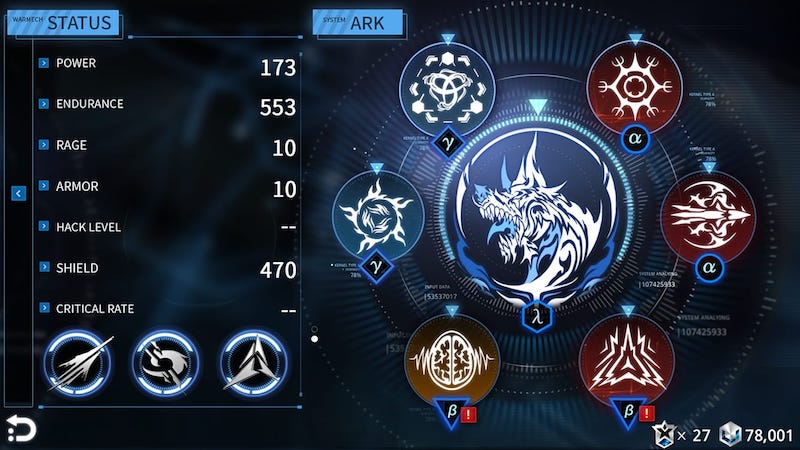 The game hands out ranks at the end of a level, and you can retry it to improve your score. You get badges for meeting different objectives, and these are used to unlock things in-game, so it can be beneficial to grind for a high score.

Despite being a mobile game, Implosion doesn't make the mistake of trying to be super casual, which means you can't play this game with one hand when you are, say, having your lunch. And that's fine because a game that's this good looking and controls this smoothly, deserves more of your attention.

Fighting is at the core of Implosion, and we’ve seen virtual buttons get in the way of smooth performance in some fast paced games. Luckily, Implosion keeps the controls fairly simple - the strike button does double duty for both light and heavy attacks, depending on timing - and the dodge button is lined up just right for your thumb to switch between the two without looking. However, there were a few misfires when we ended up shooting instead of dodging. Luckily, the controls are quick, and the enemies do telegraph their more dangerous attacks a little generously, so apart from once or twice, this wasn't a real issue. 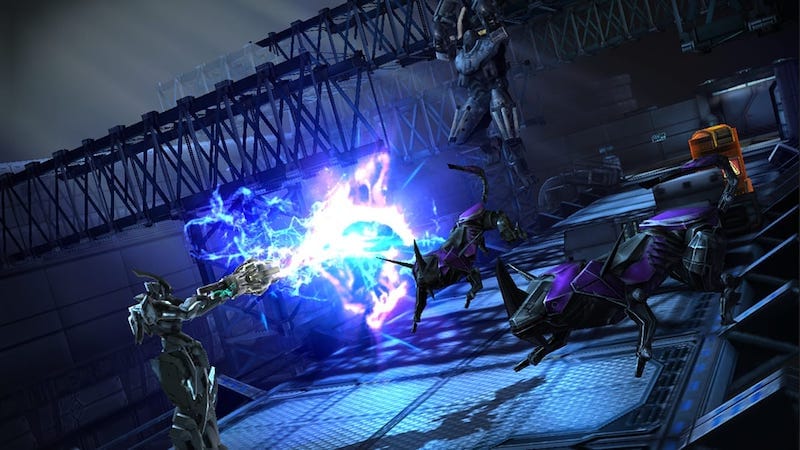 Timing is key to success in Implosion - knowing when to land a quick slash or a heavy blow will keep you in the fight most of the time, and a properly planned dash can turn a battle around. The dodge button is your best friend, and as you progress through the game, you pick up more upgrades and new special attacks that you can equip as well.

All these upgrades definitely help but they're not game changers either - the difference is something you can certainly feel, but even with basic gear, you'll progress just fine as long as you pay attention to what you're doing. That said, watch out for the boss battles. The normal enemies don't pose too much of a threat as long as you're competent with dodging, but the boss battles are a real challenge, but a fair one - and as a result, the sense of accomplishment when you clear one of these levels is also great.

Where the game falls a little short is in its storytelling. Lots of flat cartoon panels and unskippable dialogue get in the way at times, and considering how fluid the rest of the game is, the storytelling can feel a little out of place. It's a minor grouse though, and considering the mobile market largely means casual, free to play games these days, it's great to see a premium game that actually delivers. On top of that, updates to the game since launch have added a new character and story, fixed bugs, and added more enemy types, adding to the value you get. 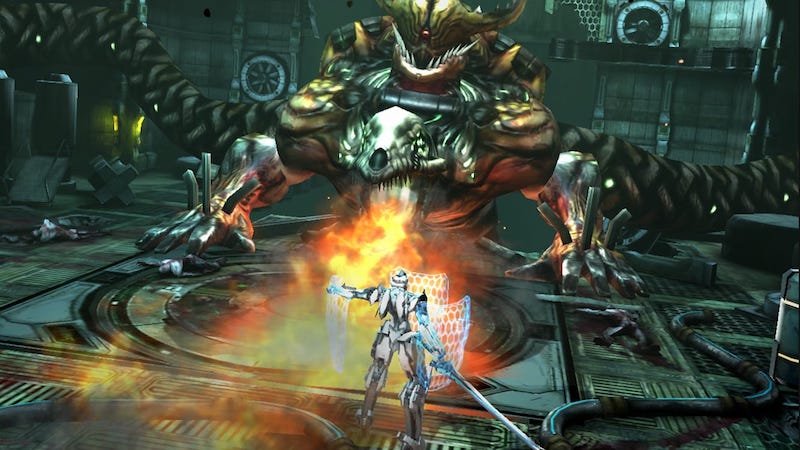 That's a dedication to fans that you don't always see, and if you're one of the many people who's happy to complain about low quality console games, then it's time to put your money where your mouth is, and support quality games.

Implosion: A New Hope is available on the App Store at Rs. 620, and free with in-app purchases on Google Play.