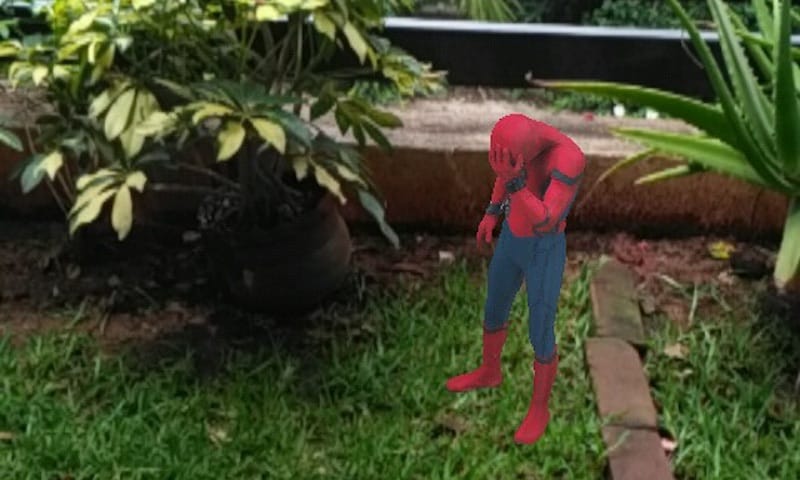 Nearly four years ago, the bundled camera app on the Sony's flagship smartphone of the year included an interesting feature: an AR mode that allowed you to add virtual objects to your photos, such as a T-Rex walking around in the palm of your hand. It was an impressive display of processing power back then, and cut to 2017, processing power of phones has grown to the point that entry level phones with the right apps can get the job done every bit as easily.

There are actually a number of AR Camera apps, but these are often buggy and jerky, don't do video particularly well, or have a small collection of AR objects that you can add to your pictures, so they get boring quickly. The Holo app by developers 8i offers a much better experience than these other apps - but if you leave aside the comparisons, does it still hold up?

The app - free on both Android and iOS - is an 80MB download on the former. This gets you the camera app along with three virtual objects, though you can download more if you like - but more on that in a bit. To get started with the app, you'll also need to give it access to the camera (obviously), microphone (for sound in videos), and storage (to save files). You'll also have to signup for an account (or log in with Facebook) without which you won't be able to save the pictures and videos you make.

Once all that's done, you can actually get started with the app. At first glance, Holo looks like any other camera app, but there's a row of icons showing different virtual objects you can add to a picture. To start with, there's a winking mermaid on a rock, a dog walking on its hind legs, and Spider-Man.

Tap any of these, and the object pops up in the centre of the frame - you can move it around, look at it from different angles, rotate the object to get just the right angle, or resize it with a two finger gesture. Want to change the object? Just swipe up from the bottom of the screen or tap on the more button to download more virtual objects. You can add Spider-Man - and when you do that, the Spider-Man Homecoming logo gets added to the bottom of the image - or public figures like the band Superfruit, and objects like the Moonman from MTV's Video Music Awards.

You can download these with a tap and then start adding them to your photos. The whole process is seamless, and the objects are 3D, so you can tilt the camera to change the angle at which you're looking at them from.

Of course, the final results depend on the phone you're using - with a low-end phone things get a little grainy, while a device with a good camera gives much better results. The 3D objects load pretty quickly however, and the overall effect is fun to mess around with. There are quite a few objects you can download already, so there's a lot of fun to be had, and new objects are added weekly, so you're not going to get bored of this.

Once you've positioned things the way that you want, you can either take a photo, or a short video clip with a maximum length of 13 seconds (which took up almost 16MB on our phone). This can then be saved to your device, or shared directly from the Holo app if you like.

Through it all, the Holo app is very simple to use, which helps you to have fun with it. Augmented reality is still very much in its early days, and although we're expecting a gold rush to follow soon, for now Holo is one of the more fun examples of this technology that we've used. Its a lot better than other similar apps, but more importantly, Holo is good on its own terms as well.

You can get Holo free on the App Store and on Google Play.