Cosmic Watch Is a Globe for the Stars 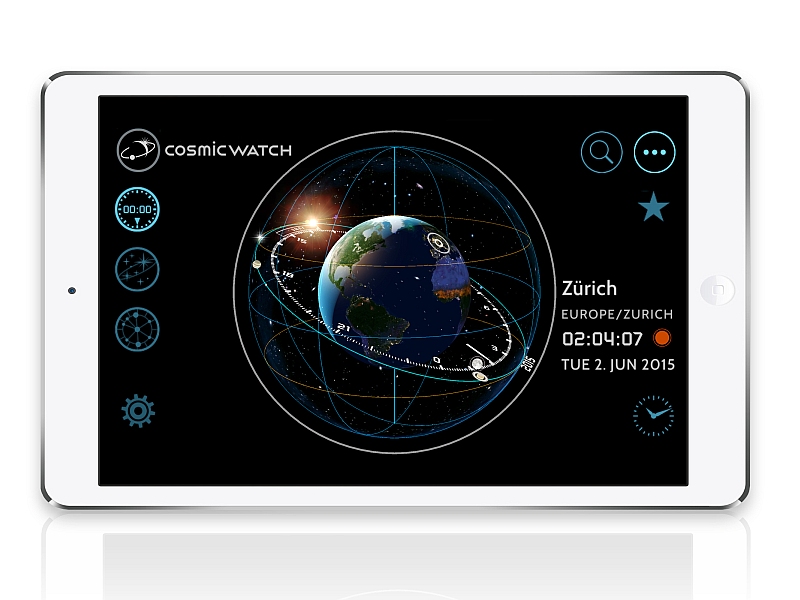 There is no shortage of apps that will let you look for celestial objects, and there are some great augmented reality apps that will let you point your phone or tablet to the night sky, so you can see faraway stars and constellations. Cosmic Watch is less obviously educational. Instead of letting you search for a star or a constellation, or turning your phone into a viewer to find the stars in the night sky, the Cosmic Watch is a beautiful curiosity - looking at it, you'll learn how the planets and constellations moves through the sky, but it won't tell you where to look to find them.

It's like a globe, but for more than just the Earth, and there's a lot of pleasure to be gained from just spinning it around and watching everything move. You can also adjust the timer, so you can move time forward from two minutes a second to one year per second, and watch the planets and stars spin around the Earth. Since it places you in the centre of things, it's not actually the most accurate representation of the universe, but it still strongly resonates and helps you understand the world wheeling around from our point of view.There are gorgeous day and night maps of the world and the globe is lit according to the position of the sun. At night, the lights twinkle in cities while the interiors stay dim, and during the day, you get the more familiar visuals of the globe. Watching the Sun rise over this horizon was stunning, and we watched in fascination as we tracked a solar eclipse using the app. 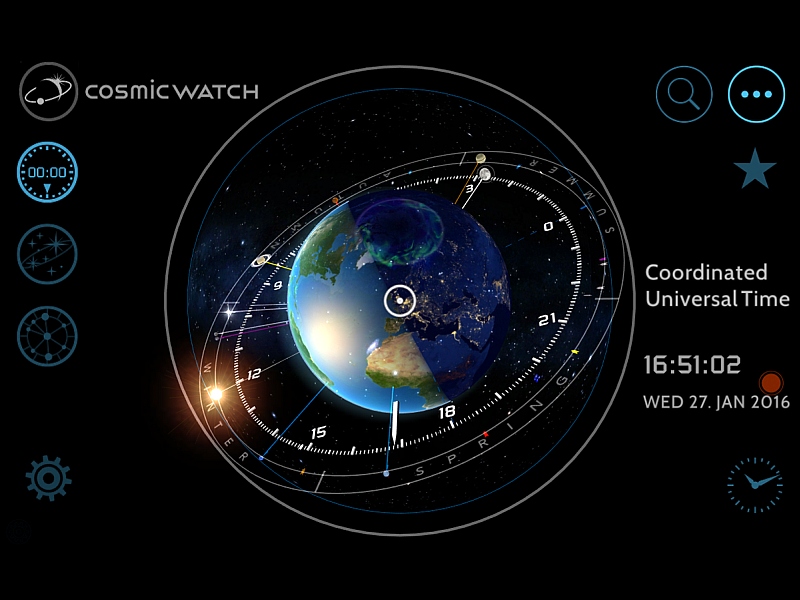 Incidentally, you can set the date and the time in the app to rewind to previous astronomical events, if you want to relive an eclipse, and you can set the clock ticking forward to see the sunrise in 2050 if you so desire.

The app has a number of other interesting features as well that you can access through the settings menu on the bottom left of the screen - the real time world clock shows you the time around the world with a single tap on the globe. So if you want to see what time it is in New York, just swipe to rotate the globe, tap on the city, and you'll see the local time there. It also includes a solar eclipse alert, so as you fast forward through time it'll let you know about any eclipse. There are also a huge number of options in the settings: apart from speeding up time, you can also show or hide constellations, the paths of stars, show you where planets are passing overhead, or show you the orbits of all the planets. Or you can turn it all off and take in the beautiful view. That's the real pleasure of Cosmic Watch - it's not really going to be useful for too much, but it's beautifully made, and will inspire you to go that extra step if you have any interest in astronomy. Much like a real orrery, or even a globe, Cosmic Watch is there to pique your interest and get your imagination going. 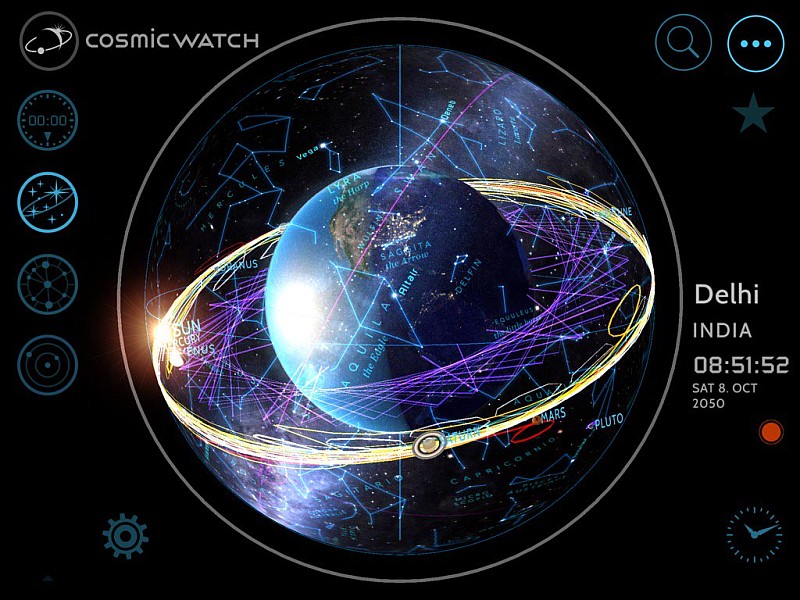 Is that worth Rs. 250 to you? Probably not, for many people. But honestly, that's close to what you're paying for a fast food burger these days. If you've got even a slight interest in the night sky, we'd recommend giving this app a go.

Cosmic Watch is available on both iOS and Android at Rs. 250 and Rs. 271 respectively.

BBM for Android, iOS, BB10 Gets Free Privacy-Focused Features and More
New Android App Makes It Easy to Log All Your Call Drops