BeamIt Wants to Change The Way We Share Photos

Right now, messaging apps are one of the fastest growing categories in the Android and iOS app marketplaces, as every developer tries to become the next WhatsApp. From stickers and emoticons to free voice and video calls, they offer pretty much everything people need for communication. In such a crowded market, is there really any space for one more messaging app? The team that developed Cooliris (an app that lets you view all your social feeds' images in one place), feels so.

The company has launched BeamIt, a free "visual messaging" app that aims to add context to photo sharing on iOS, with Android and Web versions "coming soon". We got early access to the app, and came away largely impressed, and while we still have a couple of reservations about the concept, there's no denying that the app's philosophy and design are interesting. 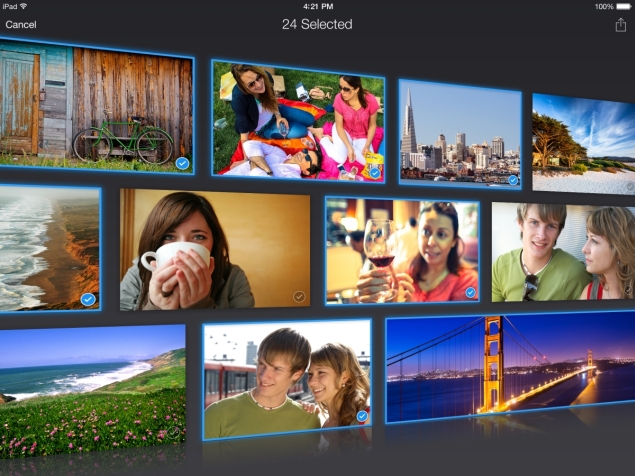 BeamIt has common features such as comments, likes and sharing photos with private groups, but the difference is in the design. BeamIt links comments and conversations to photos and makes all of these feel like one thread as opposed to separate events. If you've ever been in a messaging group, you probably know how confusing it can get sometimes.

For instance, someone shares five photos in a group of 10 people. Immediately nine people start commenting about different photos and often it's hard to decipher who is speaking about which photo. BeamIt lets you select any one photo from a big batch and comment on it or comment on all at once. This helps provide context to each comment. You can long-press any photo to comment, like, share or save photos to the camera roll.

Another nice touch to the app is the way it handles multiple photos. We selected 36 photos on an iPhone and saw them appear in a side-scrolling row under the message box. You can take a look at the photos by scrolling sideways and remove any of these before sending. Once you send a large number of photos, they appear in two rows and you can scroll sideways to take a look at them all. 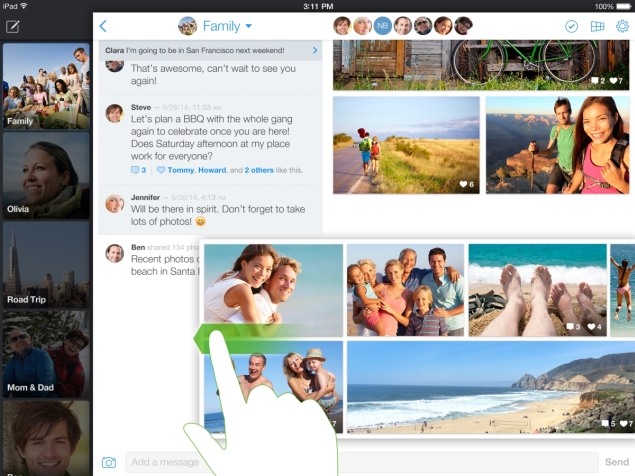 This works for two reasons - one is that you can send a large number of photos in one go (most messaging apps limit that number) and the second is you don't have to keep scrolling up or down to read messages every time someone posts many photos. Therefore, scrolling up and down will show you different conversations around photos, and scrolling horizontally will let you look at the various pictures being talked about in each conversation.

On an iPhone, the advantage is already apparent, but the iPad is where BeamIt shines. The app has an excellent three-column layout - one column lists all the conversation threads, the second shows text and the third shows photos. Once again, a batch of photos sent together can be seen by scrolling sideways, which has a neat slide-out animation on the iPad. If a person comments on a photo, a line links that part of the conversation to the photo, making conversations easy to follow. The way BeamIt marries text to photos is impressive.

Cooliris CEO Soujanya Bhumkar says BeamIt is also different from its competitors because it sends photos in full resolution.

"All photos are uploaded in full-resolution but the resolution of photos BeamIt downloads depends on your device" he says. "If you're using an iPad 2, the app will download slightly lower quality images as opposed to an iPad with Retina Display."

If you delete a message or photo from a conversation, it gets removed from all recipients' devices. This "unsend" feature is quite nice, but the app doesn't explain this. This means that some users may inadvertently delete photos without knowing that it will get removed from everyone else's devices too. 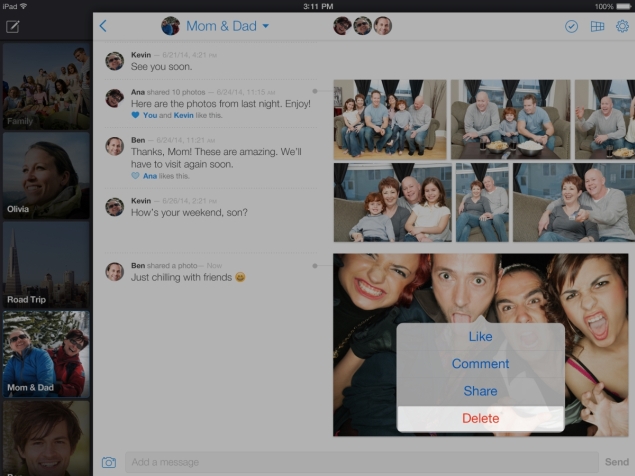 Based on our experience though, BeamIt has its flaws. The one thing we missed the most was lack of photo editing options. We'd have loved to touch-up a few photos before sending them across and using another app adds an unnecessary step to the process, no matter which platform you use the app on. Not having even a basic auto-enhance option or photo filters is a big omission in today's market. We also noticed that if you select multiple photos from your library and want to clear all selected photos before sending, you'll have to do it manually. We experienced another bug, which could be fixed by a software update, when we edited photos in the iOS Photos app, and tried to select them via BeamIt - they didn't show up until we restarted the app.

BeamIt is now available for iPhone and iPad, with Android and Web versions coming soon. The app will be ad-free, but Bhumkar told NDTV Gadgets there will be a premium tier, which will include certain paid features, though he did not reveal the full details at this stage.
Comments