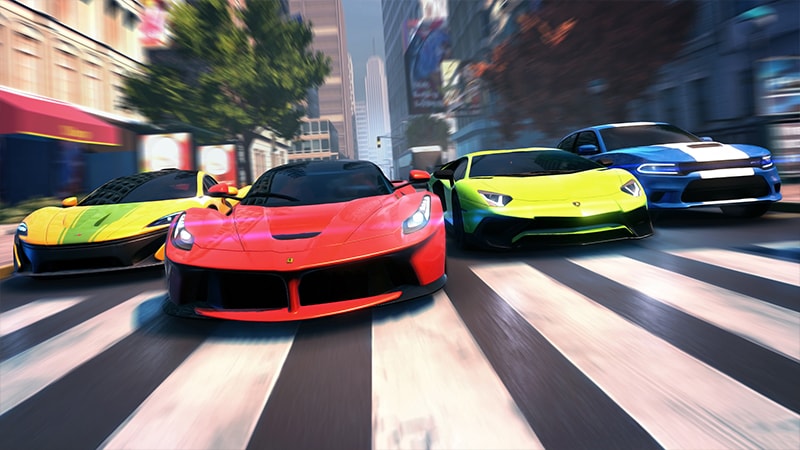 With the Asphalt franchise, Gameloft owns a name that’s become almost synonymous with mobile racing, with a series that has evolved over the years. But even as it has cornered that market – the latest numbered entry, Asphalt 8: Airborne, claims to have over 300 million downloads – there remained a section that it was yet to own: drag racing.

For the longest time, that has been the domain of NaturalMotion’s CSR Racing, whose original and sequel continue to enjoy immense popularity. Now, after six months of a soft launch, Gameloft’s take on the genre – Asphalt Street Storm Racing – is ready to duke it out. It borrows a lot from its rival, right down to the camera angle and the way it begins. But it’s got one big addition to the racing mechanism that will inevitably divide players.

First, the basics. Asphalt Street Storm Racing is unlike any Asphalt title before it, because it’s only focused on drag racing. Not only are there no power-ups, the steering has gone for a toss too, since you’ll be driving in a straight line only. In its place, you’ve got just three buttons: two at launch, and one during the race. Two of those three are standard for drag racing on mobile; one helps you rev the engine and stay in the perfect launch zone, while the other is used to change gears during the race, ideally used when the needle is in the sweet spot.

It’s the third button – labelled “Launch” – that separates Asphalt Street Storm Racing from CSR. It lets you choose when you wish to set off, provided you don’t cross the starting line before the countdown ends. Hit it right and you’ll gain an extra second over your opponent, but get it wrong and you’ll be disqualified instantly. It’s meant to bring another layer of strategy to a decidedly simple game, and help separate the rookies from the veterans.

Unfortunately, the concept doesn’t translate so well in practice. Since drag races are extremely short – less than 15 seconds at the most – it places too much emphasis on getting the launch right, which doesn’t fit with the touch experience on a phone. With a gamepad, you can have your finger resting on the physical buttons or triggers, which naturally allows you to react quicker than your finger hovering mid-air. Gameloft has yet to officially announce gamepad support for Asphalt Street Storm Racing, but it has worked with previous entries in our testing.

As such, online races – available in 1v1 and 4v4 variants – in Asphalt Street Storm Racing tend to be decided entirely by the effectiveness of your launch. And because launching too early hands you an instant loss, it deters you from placing heavy bets on your game, since the line between a perfect start and a disqualification is so thin. The launch-button idea also diminishes the importance of the gear shift, since the first few seconds of any race are much more important.

The good thing is that you’re never losing for too long. Turnaround time for new races is half a minute, which means you can sneak in a game or two at any time. That’s great for racing fans on the go, who don’t have to worry about pausing midway should something come up. There’s a caveat though: Asphalt Storm requires you to be always online (unlike CSR), so you can’t get any racing done if cellular data is spotty.

In terms of graphics, Asphalt Street Storm Racing has more detailed backgrounds than CSR, but the cars definitely look better in the latter game. The app’s UI is extremely cluttered, and you’ll have to deal with pop-up ads after every race or so, since it’s a free-to-play title. Of course, that also means the other usual troubles: car upgrades take hours after the first level, and new cars are hard to come by. It’s all set up to incentivise in-app purchases, which even prod you with so-called “discounts” on app launch.

Unless you’re a dedicated Asphalt fan, there’s little to no reason to bother with its drag racing spin-off. All its borrowed ideas are better executed by CSR, and the new ones fail to push the tried-and-tested concept in a satisfying direction.

We played Asphalt Street Storm Racing on an iPhone 6 Plus. The game is available on Android, iOS, and Windows as a free-to-play title with optional in-app purchases.