It's no secret that kids love tablets, but the devices also can get them into trouble.

By the time my daughter turned 3, she knew how to pull up "Sesame Street" clips on YouTube and scroll through photos of friends and relatives. Although that free entertainment was incredibly helpful at times, there also were times she managed to post old pictures to Facebook or watch an inappropriate movie.

Amazon.com Inc.'s Kindle FreeTime gives parents an easy way to block grown-up content. Kindles aren't alone in offering parental controls, but FreeTime goes further with an optional subscription service. With that, you get thousands of kid-friendly books, games and videos for a monthly fee. The quality is mixed, but the service is hassle-free, safe and relatively cheap - starting at $3 a month.

It works only with the 2012 and later models of the Kindle Fire.

Basic controls
All Kindle Fires come with Kindle FreeTime already installed. The app itself is free to use. Once opened, all content not placed in your child's FreeTime account is blocked. That means no access to Facebook, YouTube or Netflix, if you don't want your child to have it. You need a password to exit FreeTime.

You can also limit your child's screen time by having access shut off after a specified amount of time. You can even specify how much of a certain kind of media your child can view. For example, you can give a child unlimited access to books, while limiting video and app usage to 30 minutes each.

Different time limits can be set for weekdays and weekends, and "curfews" can be set to keep kids from playing games after bedtime.

You can also require kids to read or use educational apps for a certain amount of time before unlocking other content.

Subscription service
Again, the FreeTime app is free. Where you have to pay is to access Amazon's FreeTime Unlimited service.

Geared toward children ages 3 to 8, FreeTime Unlimited allows kids to download anything they want from its large library of kid-friendly apps, books and videos, largely without the help of an adult. It also suggests content that they might like based on what they've already downloaded. Parents get to walk away and not worry about what they're up to.

But the suggestions are based on what's already stored in your child's account. I wish the app did a better job at filtering content based on a child's age. My daughter, now 4, doesn't need to be watching Batman cartoons or playing "Plants vs. Zombies."

Amazon touts the service's "all-you-can-eat" pricing, noting that it eliminates the need to negotiate with your kids what and how much content you're willing to pay for. It also helps with buyer's remorse. If your kids don't find a book or app particularly entertaining, just delete it and let them find something else. Plus, it protects your wallet from kids who might not understand they're spending real money on virtual toys. 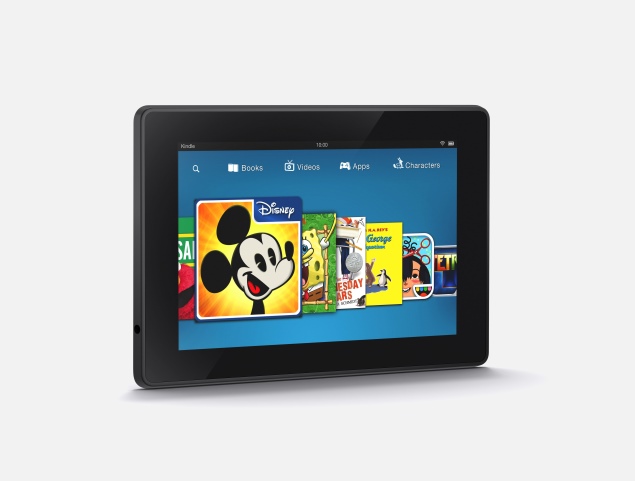 Another plus, it strips out advertising included in other versions of the apps.

A single-child membership costs $3 per month for Amazon Prime members and $5 for others. If you want to set up separate profiles for multiple children, you can opt for a family membership, which costs $7 per month with Amazon Prime, or $10 without.

Although FreeTime Unlimited isn't as intuitive as some of the apps on our family iPad, it didn't take long for my daughter to figure out how to download books and apps on her own. She added so much content that it ate up all of the storage on my otherwise largely empty Kindle Fire.

In addition to being organized by form of media, the content is also indexed by character. My daughter can't read the words "Apps," "Books," and "Video" yet, but she knows exactly who Elmo, Sponge Bob and Curious George are. FreeTime Unlimited makes it easy for her to find and download content featuring them.

The icons also are fairly large, which helps kids with small hands. The number of icons displayed on the screen can still be dizzying, which can make it tough for both children and adults to find what they're looking for. There's a search function, but most young kids would need an adult's help for that.

Range of offerings
Although most young kids aren't particular when it comes to books and TV, I was disappointed by the quality of the offerings.

According to Amazon, more than half of the content available through the service is "educational." Indeed, there were picture books by notable children's authors such as Eric Carle and Chris Van Allsburg. But many of the books focused on TV characters such as Sponge Bob, Dora the Explorer and Scooby Doo - not exactly classic children's literature. 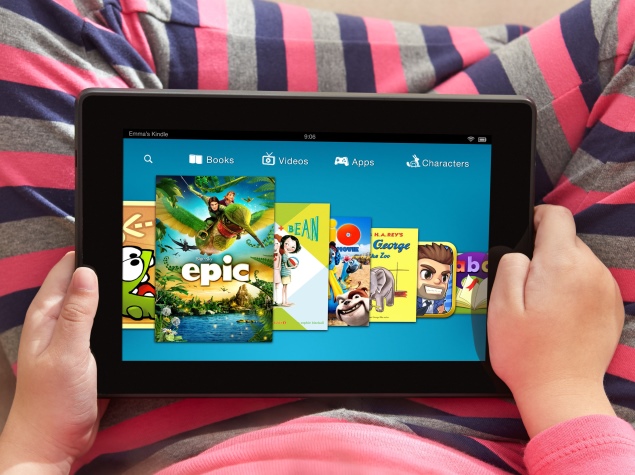 The videos included a lot of Nickelodeon and PBS shows currently popular with small children. I appreciate the inclusion of classic "Sesame Street" and "Reading Rainbow" episodes I loved as kid.

The same videos are already offered free to Amazon Prime members, though. You don't need FreeTime Unlimited, or even a Kindle, to watch them.

You do need FreeTime Unlimited and the Kindle Fire for the books and the apps.

For me, $3 a month is a small price to pay to keep my daughter's account stuffed with content she likes, so she won't notice that she can't access potentially problem-causing apps such as YouTube and Netflix. The peace of mind that comes from knowing that she's is not watching the zombie drama "The Walking Dead" is priceless.

Google, Apple and Microsoft set to battle for control of the car
From the CES floor: The robots are coming, and they're here to help