Alto’s Adventure is a snowboarding game that took the concept of endless runners and turned it into something delightful. Alto, a shepherd who’d lost his llamas, was out trying to catch them all the first time around. Now Alto and his friends have decided to go out to explore the world and that brings us to Alto’s Odyssey.

Alto’s Odyssey takes you to various locales that includes dunes, temples, and canyons. This gives the game a lot more variety than its predecessor. There are new tricks to learn, new environmental elements to get used to, and new enemies to evade. Underneath all those new features are familiar gameplay elements that will make Alto’s Adventure players feel right at home.

The game starts with your character sandboarding downhill at speed and you need to land tricks and evade obstacles to survive. The scoring system is the same as the original — you gain points for the distance you cover, the tricks you land, enemies you evade, etc. This is pretty much exactly like Alto’s Adventure but the more you play, the more new features you will discover. Alto’s Odyssey feels very much like a carefully crafted experience that’s waiting to be discovered. If you’re the impatient sort you’ll probably start playing the game and wonder whether there’s anything new at all. Keep playing and you’ll come across the new locations and tricks, which give this game a unique character.

The game follows a progression system that requires you to clear three challenges to progress to the next level. You unlock new characters every 10 levels, and you’ll notice that these characters have been carried over from the previous game. For some unknown reason, we ended up playing the first 20 levels or so with our iPhone on mute mode. After that we switched to playing Alto’s Odyssey on the iPad with a pair of headphones plugged in. That is when the experience came to life. 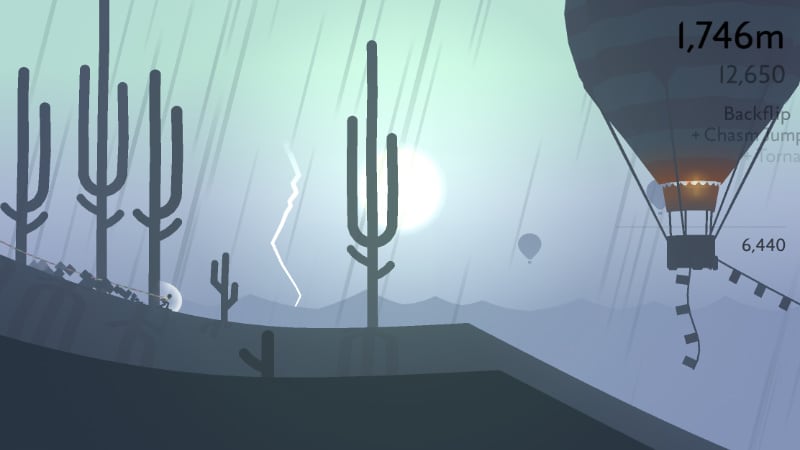 One of the biggest positives of Alto’s Odyssey is its soundtrack. It’s really nice and calm initially and somehow it gets intense the moment you reach a slightly more challenging phase in your journey. We highly recommend that you play this game with the headphones plugged in — it’s a completely different experience with calm music in your ears. Playing that music on your phone’s speakers doesn’t do it justice.

Every time we played Alto’s Odyssey, we got slightly better at the game and within a few days, we regularly began crossing 8km in our runs. Many elements in the game such as wall riding, vine grinds, and balloon bounces, made us quite uncomfortable at first but we never felt like giving up. Even though we crashed many, many times, it felt as though Alto’s Odyssey was subtly nudging us to try again. When you crash, you see friendly messages such as, “You’ll get there next time.” That’s a part of the reason why we kept trying again and adapted to the game fairly quickly.

Going outside your comfort zone is one of the biggest themes of Alto’s Odyssey and we could connect with it very much. Every time we went on a run, we’d end up discovering something new and that kept us going even though we’re still not as good at this game as we were at Alto’s Adventure. At level 27, we discovered that the “Pool Swim” trick allows you to continue your backflip and bounce back into the air, just as you bounce off rocks and balloons in the game. Think about that for a second, we discovered a new trick after well over 100 runs in Alto’s Odyssey. If you’re on a good run and landing a lot of tricks, you’re joined by Birds of Paradise, which fly with you and even collect coins for you sometimes. It made us feel like we were one with nature, and that’s a big achievement.

If you want a mobile game that’s easy to play and gives you a sense of discovering something new every time you play, then Alto’s Odyssey is exactly what you need. We really enjoyed the game whether we played it in the morning or late at night after an exhausting day at work. The game has such a nice, relaxing feel that it never feels like a chore to play. To top it off, the variety in scenery, weather, and time of the day in Alto’s Odyssey gives it near endless replay value. 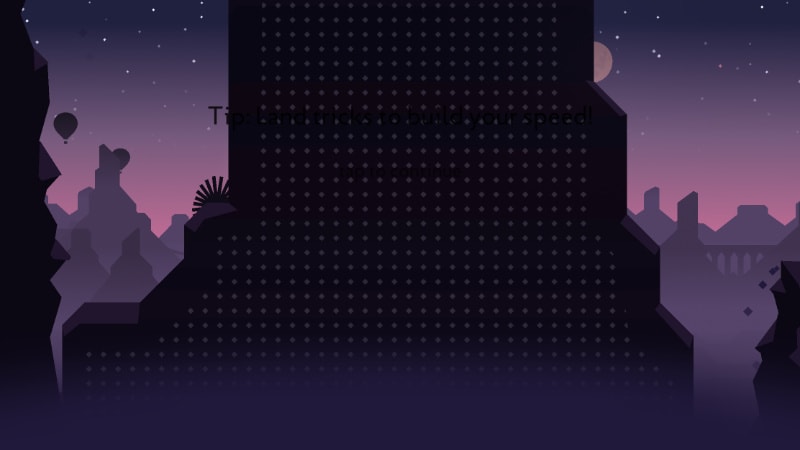 The controls of Alto’s Odyssey are same as the original. You tap the screen to jump, and you tap and hold to execute most tricks. You can chain multiple tricks to land huge combos and increase your speed, and Alto’s Odyssey makes it easy to do so. You could fly off the edge of a cliff in a bid to land a triple backflip and bounce off a couple of balloons to make it a quintuple backflip, while still being able to throw in a balloon grind for a huge combo. Many of these huge combos depend on your luck because Alto’s Odyssey’s world is procedurally generated and you can’t see what’s coming next. However, the game makes you feel like the world’s luckiest adventurer and generously puts these elements in your path so phenomenal trick combos are never entirely out of reach.

The only thing that bothered us in Alto’s Odyssey was the need to crank up screen brightness in the in-game night. Some elements such as text after the end of your run were difficult to read when it was nighttime in the game. Other than that Alto’s Odyssey is as close to a perfect sequel as you’ll ever see. It has all the elements of a great game and makes you want to play it over and over while still leaving you feeling less stressed than when you began playing.

product Alto’s Odyssey features beautiful art and an amazing soundtrack apart from awesome gameplay. What’s not to love? 4.5 out of 5 stars