Why I Deleted WhatsApp 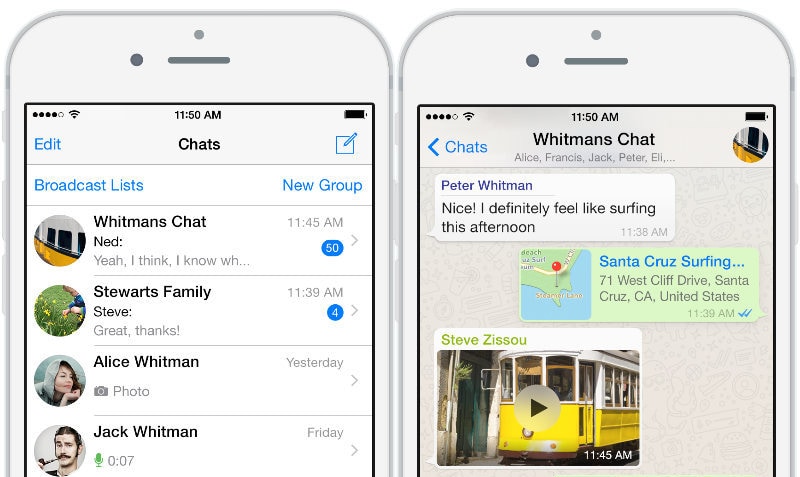 WhatsApp is everywhere. My friends, my family, my colleagues, and practically everyone I know uses WhatsApp. People use it for social good - to distribute food to those who need it - while others like my local gym use it to inform people about changes in schedule. In my entire social circle, there are just three people who don't use WhatsApp. One of them is me.

I first installed WhatsApp when I was an Android user on a prepaid or pay as you go connection. Text messages were expensive and here was this awesome, lightweight app that let you send messages to anyone for free. Many of my friends had the app and I was just happy to save money and time. I felt validated with my choice when I read its founders' message about why WhatsApp doesn't sell ads and never will.

WhatsApp had several things that I loved. When my old Android phone began slowing down, it was perhaps the only third-party app that worked without a hitch. It was also the only app that worked even when Internet speeds slowed to a crawl. Whenever I was in a crowded place in Delhi or travelling across the country, WhatsApp just worked. And of course, all my friends were on WhatsApp and the app helped me to keep in touch.

I did have face some minor annoyances though. People began spamming forwarded messages and I was added to a bunch of WhatsApp groups, which can get very irritating. I managed to find my way around this notification overload simply by asking people not to spam and leaving groups with too much chatter. Finally I reached a state of WhatsApp zen. I was in two or three groups, of three or four close friends each, apart from having several conversations with other individuals.

Then I switched to an iPhone 5s. I lost my chat history because WhatsApp had not (and still has not) figured out a way to let people carry chats over from Android to iPhone, or the other way round. That was the first time I had a big problem with WhatsApp. I also found the iPhone app to be quite mediocre. WhatsApp's Android app (even today) feels much nicer than the iPhone variant. The iPhone app gets most features only after its Android counterpart, and that was an added annoyance.

I still stuck with the app for one simple reason - everyone else was on WhatsApp. That began to change when some of my closest friends switched to iPhone. Sometime in early 2016, I realised that all but two of my closest friends were on iMessage. In the meantime, Facebook had bought WhatsApp, and what followed was what I'd feared. WhatsApp began sharing some data with Facebook so that the social media giant could serve better ads. That was the trigger which made me actively seek alternatives. I know that WhatsApp says it doesn't share chat history with Facebook but that's still a shift from the policy WhatsApp started out with. It's almost impossible to avoid this kind of ad tracking on the Internet that's dominated by Google, Facebook, and Amazon, but at least I'd like it a lot more if one company doesn't know everything there is to know about me.

The person I message the most, recently started using Signal, a privacy focused messaging app, and the rest of my friends and family are on iMessage. That leaves some friends I occasionally message but then I recently switched to a postpaid connection and found SMS to be a viable option too.

It might not be as easy for other people to move away from WhatsApp. In terms of speed and reliability, it's still one of the best options there is. And I'm not saying that anyone else should get rid of WhatsApp. But for me, the fact that everyone I wanted to talk to was now on other apps was something to celebrate.