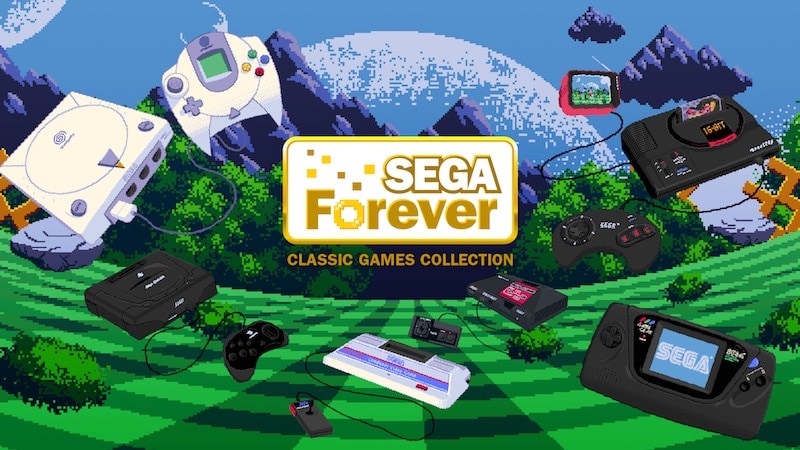 Sega Forever is the company’s attempt at bringing back its older games to modern devices, games that are synonymous with consoles such as the Sega Mega Drive (or Genesis as it was known in the US), Sega Master System, and of course, the Sega Dreamcast to name a few.

To kick this off, Sega has made classics like Comix Zone, Phantasy Star II, and Sonic the Hedgehog available on the App Store and Google Play. You can play them for free with ads and cloud saves, or simply pay a nominal fee of Rs. 160 ($1.99 in the US) to play them ad-free with support for local saves. Unfortunately, the free versions doesn't support offline play.

While this initiative is called Sega Forever, typing that into the App Store or Google Play doesn’t take you to any app named ‘Sega Forever’. Instead you’ll see some of the aforementioned titles available for download as separate apps.

It’s here that the very idea of Sega Forever falls flat. You see, Sega is positioning this as the Netflix of retro gaming. On paper, this sounds cool. Unfortunately, the practicalities of this have yet to be ironed out. Netflix and Amazon Prime Video let you download or stream a host of content from those apps, but this is not the case with Sega Forever.

Sega Forever doesn't have a subscription for classic games either either. Well, not for now at least, with Sega stating that it wants to use the smartphone as a gateway with ads to allow for some form of monetisation. It’s also eyeing the PC games space too and it might have a different revenue model.

This lack of consistency - intentional or otherwise - continues in the titles on offer. Firing up Sonic the Hedgehog, you’re smacked silly with nostalgia. From opening menus that have the game’s box art and cartridge, invoking a sense of simpler times, to the classic ‘Sega’ refrain when the logo pops up on screen, the company hasn’t shied away from its heritage or its fans.

But this isn’t the same across games. Comix Zone for example, doesn’t have the same attention to detail that Sonic the Hedgehog gets in terms of menus, though much like Phantasy Star II and other titles at launch, it does have visual references to the console they were all for - in this case the Sega Mega Drive - front and centre.

At the same time, these games have a mention of Sega Forever and other titles under the label in the first screen of the game itself - something that Sonic doesn't have. The blue hedgehog might be Sega’s mascot, but you’d think that Sega would use his popularity to highlight the other games in the Sega Forever initiative too.

Every bit of what constitutes to Sega Forever is disorganised and scattered. Granted, Sega is doing what it can under the framework of current guidelines from the likes of Apple, but it makes us wonder if this is an earnest attempt to make and preserve classic titles available to a larger audience, or simply a quick money grab.

By launching on mobile the company gets access to more users, but not necessarily those with the capacity or inclination to pay. Rather, Sega Forever on iOS and Android has more potential to serve as an ad platform thanks to the sheer number of titles that can be offered from the Mega Drive and Master System libraries alone.

The real test of realising the idea that is the 'Netflix of retro gaming' will depend on Sega Forever’s execution on consoles and PC. With the potential for better aggregation and bundling, a unified achievement system, perhaps a trading card meta-game layer (on Steam), and pixel perfect reproduction minus ads, it could just be what the Sega faithful and newcomers need. Till then, you’re better off getting your retro fix elsewhere.