I Stopped Using Google Apps and Services for 5 Months. Here's Everything I Learnt

With Gmail, Google Maps, Google Chrome, and more, Google has a vice-like grip on the Internet.

Like it or not, Google is omnipresent today. But about five months ago, I wanted to find out if I could cut Google out of my life. The experiment has been a roller coaster of epic proportions, but in the wake of the Facebook-Cambridge Analytica scandal and the ensuing privacy debate, it's gone from being a harmless challenge, to an important decision we should all at least consider.

Just like Facebook, Google collects massive amount of data. Dig a little into Google's Privacy settings and you will be staggered to find the amount of data the company collects. Everything - from your Google searches, YouTube history, browsing history on Chrome, voice and audio activity, to your location history - is stored on Google's servers. While there are ways to opt out of some of these, doing so is tedious and it disables a lot of functionality.

With Gmail, Google Maps, Blogger, Google Docs, Google Analytics, Google AdSense, Google Chrome, Google News, and more, Google has a vice-like grip on the Internet. But what's it like to try and move away from Google entirely? The alternatives to the above services also collect data in some way or the other, but none of them have the same reach or ecosystem as Google. Using different providers limits the data one company can gather on you, which can be a small consolation.

Step one was to move on from Search. A combination of Bing and DuckDuckGo has served me impeccably well in the search engine department. DuckDuckGo does not collect even an iota of your data and I found Bing's Image and Video search to be - surprisingly - a cut above that of Google.

Google's recent controversial decision to remove the 'view image' tab from its Image search results has cemented my decision to stick to Bing and DuckDuckGo. There were only occasional instances where I had to switch to Google to look for photos and reviews of certain landmarks.

The experiment helped me realise how deep the company from Mountain View, California has woven itself into the fabric of our life and how difficult it is to stop using its services

Of course, there is a lot more to the story than just changing search engines, and the bigger challenge is a complete move away from Google's expansive ecosystem. To that effect, I purged my smartphone of as many Google services as Android would let me - Google Assistant made way for Cortana, Chrome passed on the baton to Firefox, Google Docs was replaced by Word, Google Keyboard was succeeded by Fleksy, Google Play Music made way for Apple Music, and OneDrive took the reins from Google Drive.

To complete the transformation, I replaced the standard stock Android launcher with Microsoft Launcher, which is fast, fluid and has Cortana built right-in. Nova Launcher is another tool I added to my arsenal, which offers a multitude of customisation options, even its free avatar.

My post-Google life
It helps that my primary email account has never been Gmail, and with other email services like Outlook becoming better and better with each release, dropping Gmail is not the unthinkable proposition it once was. While the whole world runs on Gmail, I have always preferred Outlook for its cleaner and less complicated interface.

However, a Google account is used for far more than just Gmail. Remember how many times you have signed into an application or service with your Google account? To complete my purge, I had to make individual accounts for each and every application linked to my Google account - which was an arduous and time-consuming affair.

This experiment made me try new applications and services, which have now become an integral part of my daily routine. Cortana for example, has proved itself to be surprisingly powerful with a level of granular control simply missing in Google Assistant - such as the ability to add specific news topics. While I mostly used Assistant for setting up alarms and reminders, I have started using Cortana much more extensively due to its seamless integration within Microsoft Launcher.

Not only does Cortana integrate with Microsoft Launcher's To-Do, Reminders, and Notes widget, it has quick toggles for day-to-day tasks like setting an alarm, viewing the news, and taking a look at the current weather. Having said that, Cortana struggles with Indian accents and the level of context awareness present in Google Assistant is simply unmatchable. Still, it was a switch that wasn't too hard to make, and reduced the number of things I relied on Google for by one.

Meanwhile, Chrome has been my Internet browser of choice ever since I traded in my Samsung CorbyTXT for a Samsung Galaxy Ace back in 2012. Even when I dabbled in the world of iPhones for a brief period of time, I shunned Safari for Chrome because of two primary reasons - Chrome's stellar syncing of history, bookmarks, and tabs across platforms, and the fact that I did not want to familiarise myself with an all-new interface after years of using Chrome.

This experiment made me finally step out of my comfort zone and start afresh with Firefox - which in its in its speedy new Quantum avatar has now dethroned Chrome as my favourite browser. Not only is Firefox faster and easier to use than Chrome, it works much better on a MacBook, where the latter experiences a lot of slowdowns and freezes. 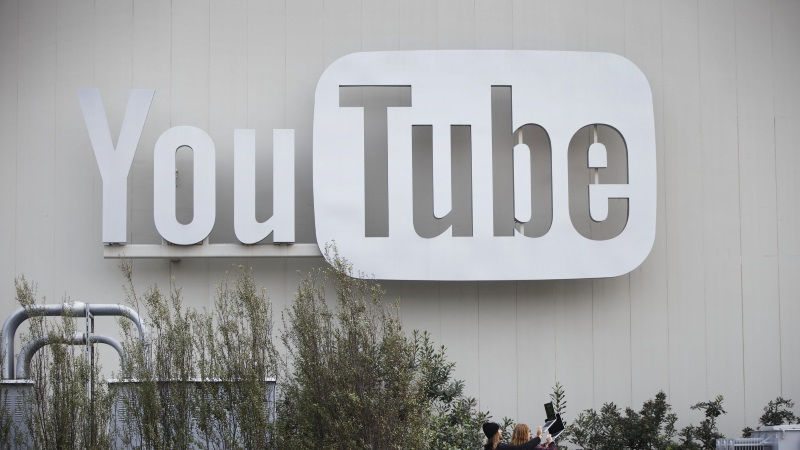 I tried living without YouTube and Google Maps for a few weeks and failed.

Moving from Google Play Music to Apple Music was the most difficult transition of the lot. Having to forsake all my custom playlists - which I had spent hours creating - was extremely painful. Over the course of the last few months however, I have come to realise the initial pain was well worth it.

That said, I found Apple Music's recommendations to be more astute and insightful than Google Play Music. I also found the library to be more comprehensive, and the interface sleeker and easier to use, the odd playback and download issue aside. It also offers a nifty family subscription at Rs. 190 per month - which made it easy for me to convince the rest of my family to switch over.

While looking for Gboard alternatives, I chanced upon a keyboard called Fleksy, which has now become my go-to smartphone keyboard. Fleksy is a keyboard built specifically with privacy in mind. Unlike Google Keyboard or SwiftKey, Fleksy collects no data whatsoever, and its autocorrect algorithm does not send any data to the cloud - all computing is contained within the confines of your smartphone. The fact that it is easy to use and has a powerful theming engine just adds to its appeal.

Where I failed
Changes like these made it easier to be less reliant on a single service, and makes my privacy just a little bit more secure. But I have to be honest here - my experience has not been entirely successful. There are some Google services which have no decent alternatives and simply cannot be abandoned. I tried living without YouTube and Google Maps for a few weeks - dabbling with Vimeo, DailyMotion, Here Maps and so on.

However, after constantly getting miserably stuck in traffic jams courtesy of Here Maps' abysmal traffic prediction and living without videos from my favourite content creators, I promptly admitted defeat and re-enabled YouTube and Google Maps on my smartphone. Maps and YouTube are almost impossible to live without - especially the latter which has become an extremely powerful tool for content discovery. But apart from these two, I have not missed Google services at all.

The experiment helped me realise how deep the company from Mountain View, California has woven itself into the fabric of our life and how difficult it is to stop using its services. At the same time, it also made me appreciate how competent the often ignored alternatives are. Life without Google seems extremely scary and daunting. However - a few exceptions aside - it is indeed possible.

This was just an experiment to see how much I can distance myself from Google. Of course, the only way to completely move away from Google's purview is to get rid of your Android smartphone altogether and use an operating system free from all Google services. You could opt for an iPhone and change the default search engine in Safari to Bing or DuckDuckGo, though it's hard to stay away from Google Maps and YouTube, as we discovered. In the Android world, options like Jolla exist, but as of now they are too niche for mainstream use.

I Stopped Using Google Apps and Services for 5 Months. Here's Everything I Learnt
Comment