"Zoom for Home" was touted as combination of hardware and software designed for working remotely. 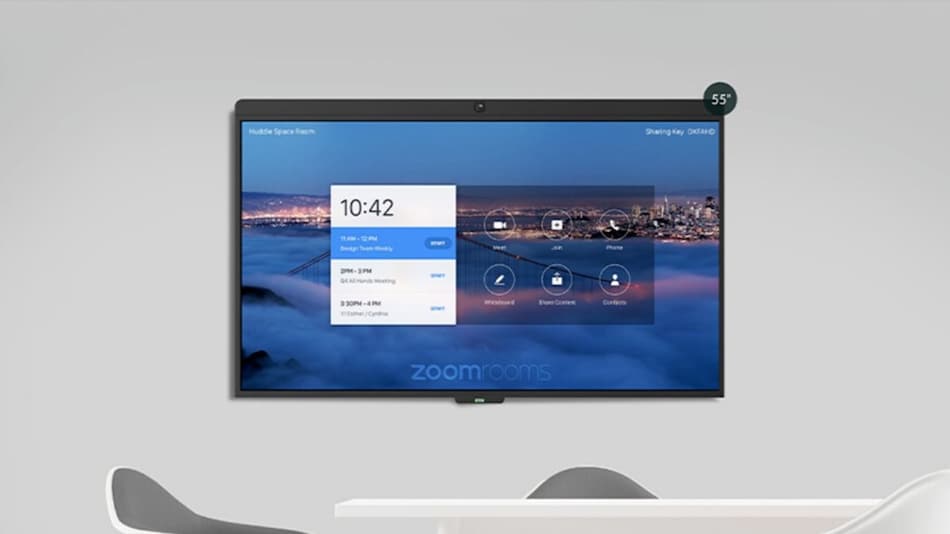 Zoom on Wednesday set out to capitalise on its pandemic-powered popularity with a touchscreen display tuned to its video-conferencing platform.

"Zoom for Home" was touted as combination of hardware and software designed for working remotely, a trend that promises to remain after the coronavirus threat abates.

The 27 inch (69 cm) displays customised for collaborating online using Zoom are priced at $599 (roughly Rs. 45,000) and will take on Portal screens made by Facebook.

"After experiencing remote work ourselves for the past several months, it was clear that we needed to innovate a new category dedicated to remote workers," Zoom chief executive Eric Yuan said in a release.

Silicon Valley-based Zoom collaborated with videoconferencing firm DTEN on the displays, which are to begin shipping in August.

Zoom promised the giant, tablet-like devices will work "out of the box," as long as users have a licence to use the service.

Zoom cited an IBM study done in April that found 61 percent of respondents wanted remote work to be the primary way they do their jobs.

"With employers and employees working through what the future of work will look like, it is important that people feel set up for success," IDC senior research analyst Rich Costello said in the release.

"We've now moved to the phase of making sure employees have the right devices to enable productivity."

Microsoft and Google have been ramping up features and availability of their respective video-conferencing platforms as people hunkered down at home due to the pandemic tend to work, school and socialising remotely.

Late last year Facebook unveiled second-generation Portal smart screens, touting them as a way to stay connected to loved ones at the leading social network.

Amazon Echo Show and Google Nest smart screens can be used to make video calls, but Portal is tied into connections at Facebook, Messenger, and WhatsApp, which is encrypted end-to-end.