The new ratings by Zomato are currently live in India, United Arab Emirates, and Lebanon.

Zomato is trying to improve reviews and ratings on its platform

Zomato has updated its reviews and ratings system and will now offer separate Delivery and Dining ratings. With this change, the company is trying to incorporate some of the feedback it has received from users as well as restaurant owners, the Gurugram-based restaurant aggregator said in a blog post on Thursday. Users will see the two ratings on the restaurant pages, in black and red colour scheme. Zomato will offer the ratings on a contextual basis, which means there won't both Delivery and Dining ratings for cloud restaurants.

The ratings change by Zomato is currently live in India, United Arab Emirates, and Lebanon. The company hasn't revealed any plans to expand the system to other markets. However, it mentioned in the blog post that in the rest of its markets, it will continue to show a single unified rating that will be powered by an improved algorithm. 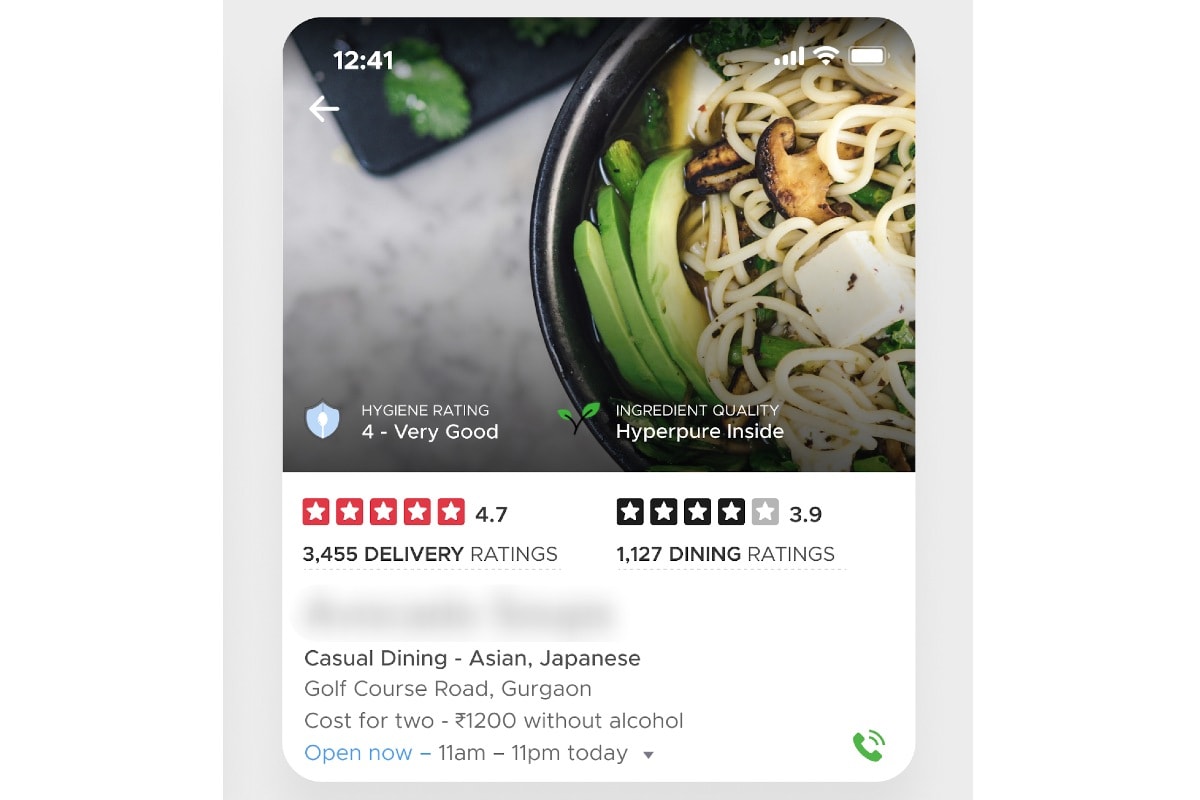 Zomato asked its users and restaurant partners to provide feedback on the new ratings system in February. “However, as the food delivery industry matured, we have started noticing a significant disparity between the average dining rating, and the average delivery rating for the same restaurant,” Zomato Co-founder and CEO Deepinder Goyal had said at that time.

The change in the ratings comes amid the coronavirus outbreak and nationwide lockdown, both of which have severely hampered restaurant operations across the country. However, it will certainly be useful in cases when users want to know how good a restaurant is in terms of offering deliveries as people can still order food deliveries through Zomato and other food delivery apps at most locations in the country.

You need to update your Zomato app to see the new ratings. There are Delivery ratings in red and Dining ratings in black colour.

Algorithm improvements
In addition to its new ratings system, Zomato has improved its algorithm to “identify and remove fake reviews comprehensively”. Zomato's Global Head for New Products and Growth Riddhi Jain said in the blog post that the company noticed bad actors in the system that attempt to make bogus reviews which ultimately impact the market.

In some cases, Jain noted that users offer five star reviews in exchange for money or free meals, restaurants approach users with a high Foodie Level on the platform to write positive reviews, and PR agencies farm users to write reviews for their clients. All these bad actors will be identified “retrospectively” through the latest change in the algorithm, the executive claimed.

“If a restaurant has engaged in review solicitation of any kind in the past, they will see a negative impact on their ratings with immediate effect,” Jain said.

Zomato will also add a banner on the listing of the restaurants who demonstrate “a repeated pattern of solicitation”. This will help users identify those restaurants at a glance and place orders accordingly. Moreover, the change seems similar to what the company announced last year as well.

This is notably not the first time when Zomato has improved its ratings system to limit fake reviews. The company made some changes in its algorithm back in 2016 and 2018 as well. However, some people found loopholes in those changes.