Zomato Just Made Ordering Food From Its Order App Much Easier 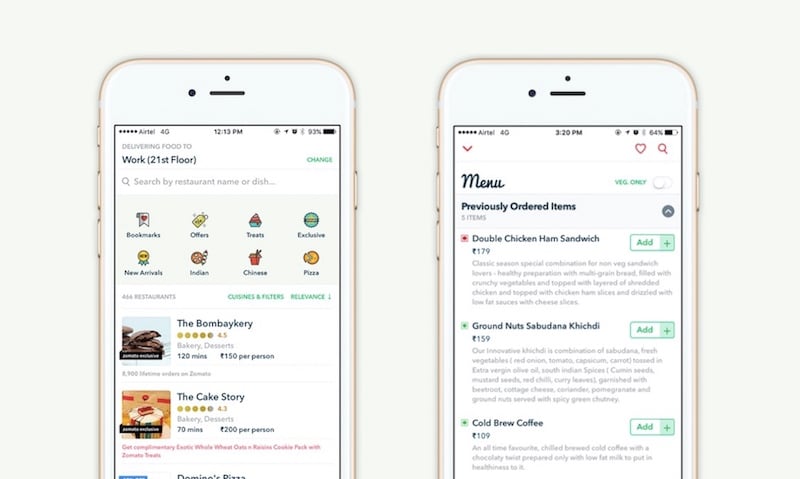 Zomato on Wednesday revamped its Order app, giving it a new look and much simplified user interface. The revamp, which comes with v5.0 update of the app, is live for iPhone users.

The company says it has "thoroughly" cleaned up the home screen to ensure that customers see all the most popular categories as soon as they open the screen, a request many have been making for sometime.

Foodies can now also browse through photos, read reviews, and post reviews directly from the app, an ability didn't make much sense being absent earlier.

Zomato is also introducing the ability to track the delivery agent's route, a feature that Zomato's rival Swiggy has had for sometime. This option is available for select outlets at present, but the company says it intends to get more restaurants onboard.

The menus on Zomato Order app have also been simplified, the company described in the app description, adding that customers will now have to take fewer steps to place an order. The app also has a new icon. Android version of Zomato Order app hadn't received this update at the time of publishing.

But perhaps the ability to finally see your previous orders when you check a restaurant's screen is what will appeal most to users. Those orders will now appear on top, the company described in the app description.

Users cheered the changes to Zomato Order. "Everything about Zomato Order has changed! Much better (on first look)," Mumbai-based Bala Menon posted on Twitter.