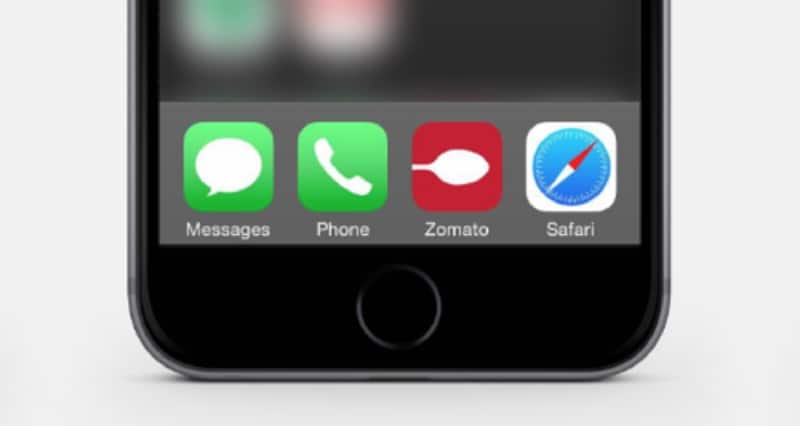 On Zomato you can now place an order in advance so that you don't have to worry about any hassles when you want your food. It's a feature that we've seen a lot of people asking for, and it's just been rolled out on the App Store for iPhone users. The latest update which brings in the feature rolled out on iOS on Wednesday; the Android versions of Zomato and Zomato Order both do not support this as yet.

According to Zomato, the feature will go live from December 28, and the idea is to enable people to pre-order meals for New Year's Eve. However, this feature has been rolled out only for New Year's Eve right now - although Zomato might bring it back at some point, pre-ordering is presently only for special occasions.

The feature is being rolled out in select cities and across certain restaurants right now, and will see more widespread support with time. It will be available to users in eight cities across India - Delhi, Mumbai, Bengaluru, Pune, Chennai, Kolkata, Ahmedabad, Hyderabad, Chandigarh, and Jaipur between December 28 and December 30, so users can pre-order food for New Year's Eve. You will be able to choose between delivery from 7pm to 8pm, 8pm to 9pm, and 9pm to 10pm.

The minimum order is Rs. 300, and the payment has to be done in advance. Zomato says it has 1,100 partner restaurants across the eight cities, across a wide range of cuisines, locations, and budgets. However, it confirmed that this will not be offered as a regular feature for now.

Being able to pre-order is a feature that a lot of people have been asking for, and that too for some time now. For example, if you're free for a little while in the morning after you get to office, and you know you have to order lunch, then being able to place the order right away instead of waiting for a few hours to place your order after the restaurant opens (particularly because you could be busy by that time) is a big bonus.

That's unfortunately not what Zomato has done. Its implementation is better for restaurants though - as they can better plan for the New Year's Eve rush, particularly with the payments happening in advance, so there's no risk of last minute cancellations. It would also be helpful on holidays and other events where you know delivery volumes are heavy - such as, for example, during a major cricket match India is playing in.

Regular pre-ordering from your favourite restaurant ahead of time is not in the offing just yet, but maybe if this experiment proves successful, that could be next?