YouTube for Android and iOS Revamped, Gets Better Recommendations 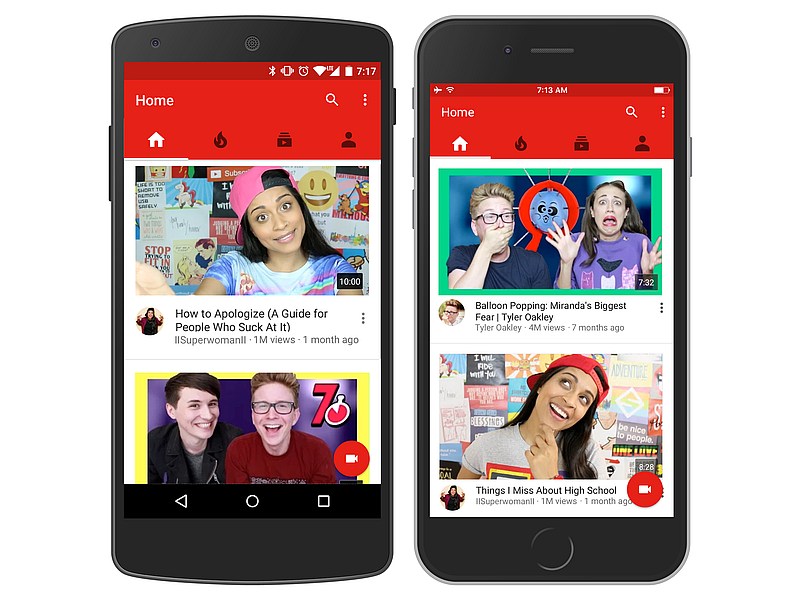 YouTube Android and iOS app on Tuesday got a facelift as the company updated the app's home feed design and also improved the recommendation engine. The team also introduced Bumper ads for short YouTube videos.

Until now users saw a similar YouTube home feed design on the Android and iOS app like they did on the desktop. However, after the update the app's feed design focuses on large, high-resolution thumbnails of videos with as little text as possible. The new design also prominently shows profile icons of the creators under their videos.

More options to remove the video from the feed, add it to Watch Later list or playlist, saving the video offline, and share it on other platforms can be accessed from the three dot more icon on the right side of each video listing. In addition, groups for recommended videos have now been completely removed as all the videos now appear in a single ranked list. We are not sure how well the interface changes will go down with users. Opinion on the revamp is divided at Gadgets 360, with some liking it, and some hating it.

With the help of deep neural network, Google says the YouTube recommendation engine would learn and improve over time. "The new recommendation system is based on deep neural network technology, which means it can find patterns automatically and keep learning and improving as it goes," said Brian Marquardt, Product Manager, YouTube Main App on the official blog post. The app would also show the videos from channels subscribed by the user.

Meanwhile, the search giant also introduced 'Bumper' ads on YouTube. A Bumper ad is a six-second advertisement that would run right before the video starts. These short ads cannot be skipped.

As per Lupei, these Bumper ads work best with the shorter video clips that users see on their smartphones. "Bumper ads are ideal for driving incremental reach and frequency, especially on mobile, where "snackable videos" perform well," said Zach Lupei, Product Manager, Video Ads on the company's Inside Adwords blog post. The Bumper ads will be given as a choice and would not replace other advertisement styles.