The live screen casting feature is only eligible for those verified account holders who have more than 1,000 subscribers. 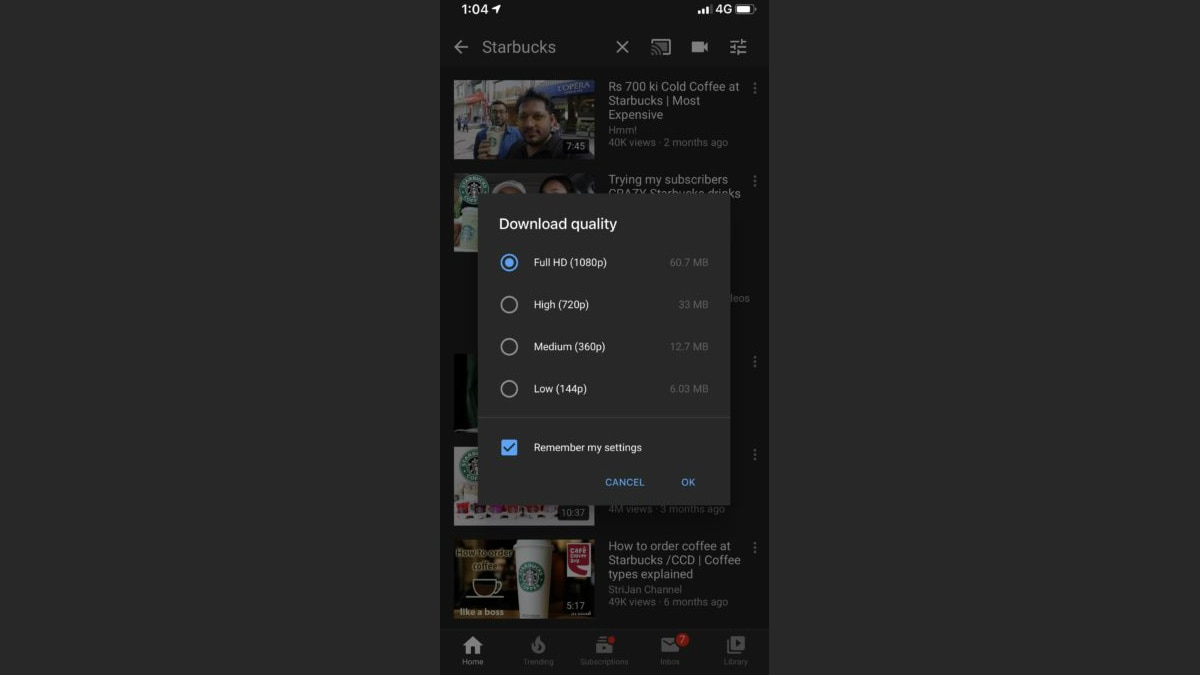 YouTube for Android has now received a new update, and it brings the ability to screen cast your phone's screen to the service. The new feature arrives with version 14.31.50, and the company has even updated its support website to reflect the new changes. Separately, YouTube Premium users are also getting the ability to download videos in 1080p i.e. Full HD. Earlier, the download quality maxed out at 720p, but some users are now seeing the new 1080p option as well.

YouTube for Android v14.31.50 brings the screen casting option in the ‘Go Live' section that was earlier available in the YouTube Gaming app. To use this feature, select the capture button > Click on Go Live > at the top right, click on the phone icon to live stream the phone's screen. You'll then be asked to create a title, and select a privacy setting, a game title, and a number of other important details. You will also need to select a thumbnail and screen orientation before going live. YouTube also has a default thumbnail which is essentially the game title you choose to live stream. After all of this, a toolbar will show up at the top of your screen allowing you to control the stream. You can pause the stream, mute your microphone or front-facing camera, change the size of your camera picture-in-picture, open live chat, or even stop the live stream from this toolbar. Click on Go Live to start the live stream, and a timer of three seconds will then begin before your live stream starts

There are a few caveats though, you will need to have an Android smartphone that runs on version 6.0 Marshmallow and above, have a ‘Verified account', no live-streaming restrictions enforced, and have at least 1,000 subscribers to be able to see or use this feature. XDA Developers was the first one to spot this new feature. Google has also updated its support page, as mentioned, to reflect this change.

Separately, YouTube Premium users are now reportedly getting the new 1080p download quality option. Earlier, the video download quality maxed out at 720p, but now the new 1080p option has been added. Android Police was the first to report about this, and it seems that the both iOS and Android users are seeing this new feature. However, there are still many who aren't able to see this feature (nor were we) so it isn't rolled out widely as of yet. YouTube may just be testing it out with a batch of people first, before rolling it out to all users. Try downloading any video via YouTube Premium, and see if you get the new 1080p option or not.