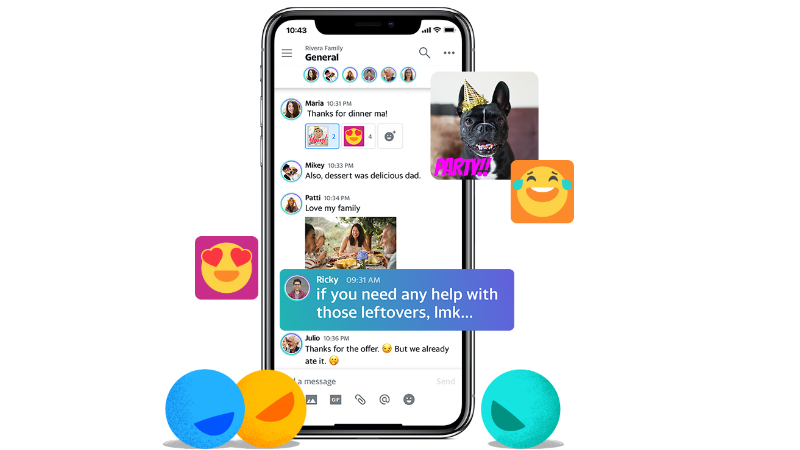 Yahoo Together has a nifty Smart Reminder feature for chats

Remember the Yahoo Squirrel app that was launched in May and was in testing ever since? The messaging app is now out of beta, and is called Yahoo Together. The group chat app is available to download on Google Play and App Store in the US for free, and it brings many features that let you organise and streamline conversations with several people. Yahoo Together looks to take on services like Slack and Microsoft Teams, and it brings features like Smart Reminders, mute switch, and invite-only groups for private conversations.

Yahoo Together isn't available for download in India for now, and users in eligible regions must have an existing Yahoo account for signing up. These users can then invite people without an account via unique code that can be generated from within the app. The app, as mentioned, comes with a feature called Smart Reminders which essentially reminds users of a message in any chat, by sending a notification at a prescribed time. There's a mute switch that allows users to avoid notifications of rooms they wish to not participate in, and if users need to converse privately, they can start a secret room that is only accessible via an invite. There's also custom reactions that allows members to use an image or a seflie for reacting to texts.

Yahoo Together's interface is very similar to Slack with a left navigation bar, and the conversation box takes rest of the space. The app allows for multiple groups to be in one space, be it family, work, or friends, and conversations can be divided into different rooms based on topics and people. There is one main room where the entire group can talk and make announcements. The Yahoo Together app should be useful in business organisations and companies, where multiple conversations are aplenty.

The Yahoo Together app comes just months after the Yahoo Messenger app was shut down - a chat service that was introduced in 1998 and was very popular among Indian users back then. However, it could not keep up with new services like Facebook, WhatsApp, GTalk, and more, and saw a decline in user base eventually. The arrival of Yahoo Together suggests that the company isn't giving up just yet, and while the app looks promising, whether it will be able to get users to switch from current hot favourites remains to be seen.