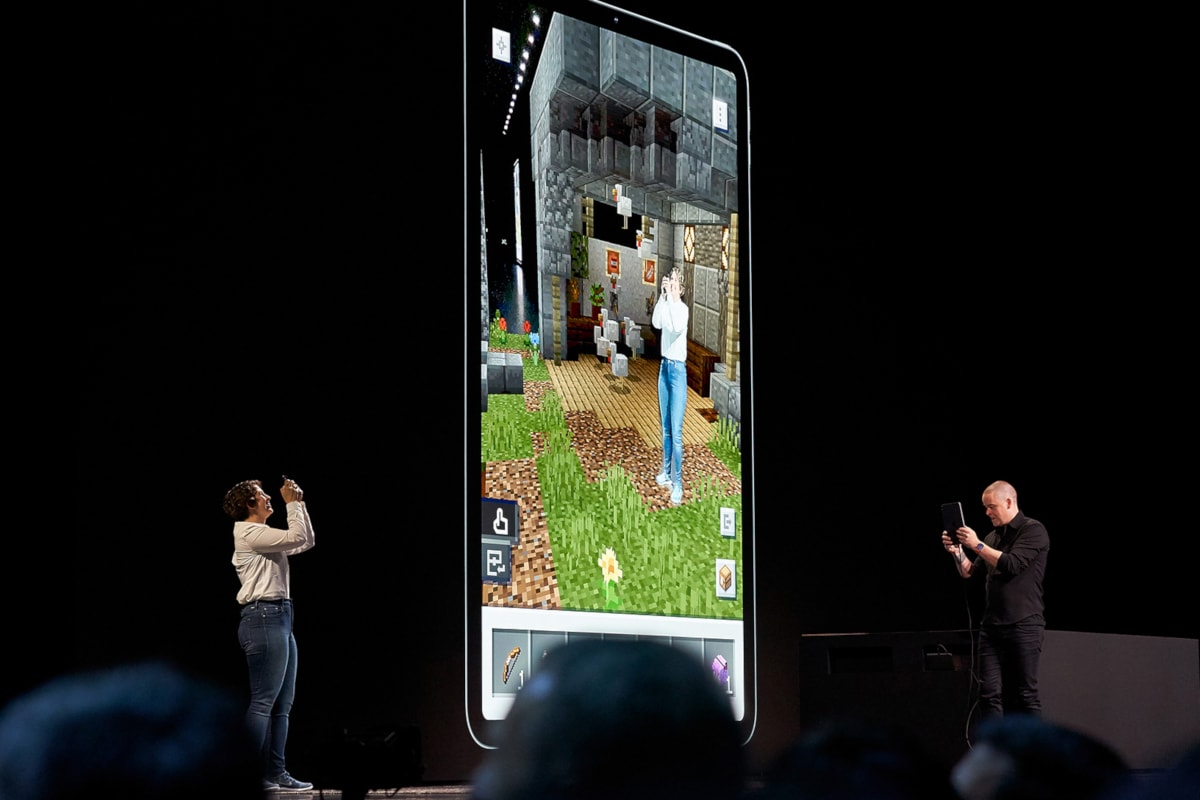 In addition to providing previews of its upcoming iOS 13, macOS Catalina, watchOS 6, and other platforms, Apple announced the new ARKit 3 and RealityKit software frameworks for developers. These frameworks are designed to help the developers build great AR experiences. The company also unveiled a new app called Reality Composer for iOS, iPadOS, and Mac, which will allow developers produce and prototype AR experiences right on the devices where they are finally going to appear. Additionally, Apple is bringing HomeKit to security cameras and routers.

According to Apple, ARKit 3 puts people at the centre of AR with its new Motion Capture and People Occlusion features. With Motion Capture, the developers will be able to include people's movements right into their apps. It will able to track people's limbs, heads, and torsos in real-time. People Occlusion will make sure AR content shows up naturally in front or behind people.

Additionally, ARKit 3 adds support to track up to three people with the front camera as well as simultaneous access to both front and rear camera. Live collaborative sessions are also now available, allowing people to use a shared AR world map.

“RealityKit was built from the ground up for AR,” Apple said in a statement. “It features a photorealistic rendering, as well as incredible environment mapping and support for camera effects like noise and motion blur, making virtual content nearly indistinguishable from reality.”

Developers can make use of RealityKit capabilities with the new RealityKit Swift API.

RealityKit Composer, on the other hand, is an app that lets developers build interactive scenes with full AR support.

“With a simple drag-and-drop interface and a library of high-quality 3D objects and animations, Reality Composer lets developers place, move and rotate AR objects to assemble an AR experience, which can be directly integrated into an app in Xcode or exported to AR Quick Look,” Apple explains.

Moving on to HomeKit, Apple announced two developments around HomeKit during the WWDC 2019 keynote – HomeKit Secure Video and HomeKit-enabled routers.

As a part of Apple's increased push for users' privacy, HomeKit Secure Video will enable security cameras to process and analyse video right on user's devices rather than sending it to cloud. It will then encrypt the video and save it on user's iCloud account. Apple will keep 10 days' worth of video on iCloud account and it won't count towards storage limits. Apple also revealed that the first cameras with HomeKit Secure Video will be coming from Logitech, Eufy, and Netatmo.

HomeKit is also coming to routers, and it will create a virtual firewall between your full network and the devices on the network, thus keeping the network as well as secure even if one of the devices is breached. LinkSys and Eero will launch the first HomeKit-enabled routers.