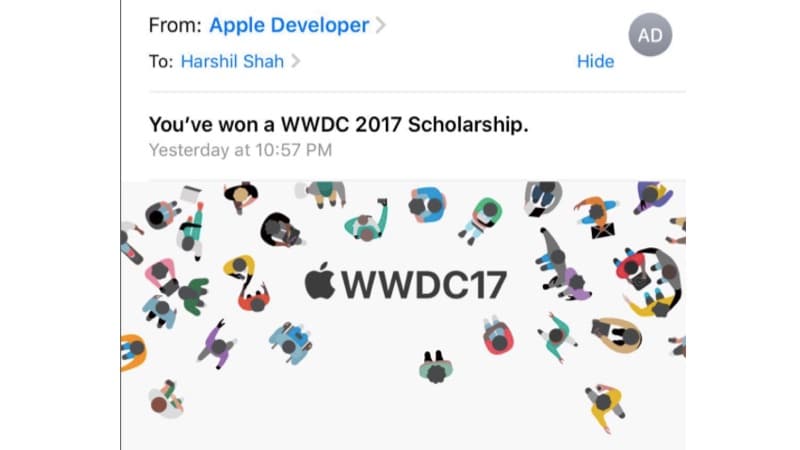 Apple's annual developer conference, WWDC, is one of the big events on the technology calendar and it's become a space where the company doesn't just talk to developers anymore but also makes announcements that are of great interest to the general public. As part of the conference, Apple also invites student developers to participate and for WWDC 2017, one of the people invited was Harshil Shah, a computer engineering student at the Rajiv Gandhi Institute of Technology.

For a young man like Shah, the opportunity to attend WWDC 2017, and that too on a completely sponsored trip like this, would be a great opportunity, unfortunately, the whole notion came crumbling down at the last minute, as Shah was denied a US visa.

This happened despite Shah being sponsored for the entire trip by Apple, and having a letter from the company explaining the purpose of his visit. At the time of the interview, Shah says he received no explanation whatsoever about the rejection. It was only later, he tells Gadgets 360, that he learned that he was rejected for not being able to prove his non-immigrant status.

"They think that since I'm going to graduate soon and will have a degree, I'm going to end up getting a job and staying in the US," Shah told Gadgets 360.

Shah, who is finishing his degree this year, had submitted a collection of watchfaces for the Apple Watch. He's a longtime Apple enthusiast who has been tweeting about his WWDC application, and commenting on earlier conferences for years now. Unfortunately, despite his best efforts, his US visa application was rejected.

Making matters worse, WWDC 2017 will take place from June 5 to June 9; but the next available date for Shah to apply for a visa is after June 9. Shah told Gadgets 360 that the team at Apple he was in communication with has now sent him a letter for an expedited application; however, he isn't certain that will be possible given the rules posted about expedited visas online.

Apple has not commented about the situation as of now.

Android Go: The Details Google Didn’t Reveal During the Keynote