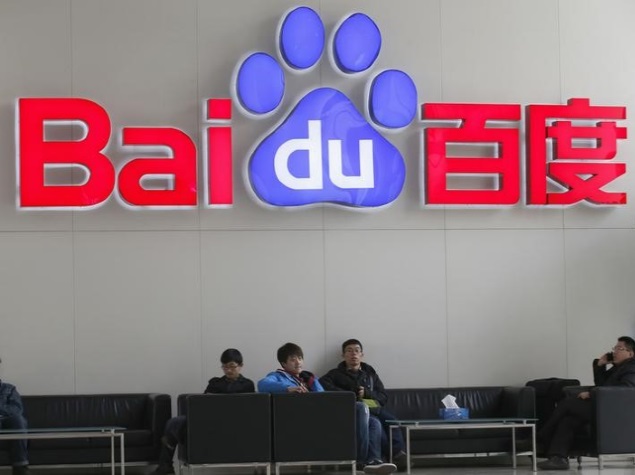 It will compete with similar products from other internet firms, in particular Tencent Holdings, and it marks a further step into the financial sector by Baidu, as it and other companies including Alibaba Group Holding vie to be at the cutting edge of financial service innovation in China.

Although the product doesn't currently generate revenue, Baidu could theoretically turn its StockMaster app into a trading terminal if it gets a brokerage licence in the future.

The tool uses artificial intelligence to analyse news, markets and Baidu's own search engine data, providing predictions for how certain stocks, sectors and markets may change. It will not recommend stocks.

As China's dominant search engine, Baidu has in recent months trumpeted the big data analysis and artificial intelligence capabilities at its disposal.

"This is just the sort of sector - where access to information is unequal, putting the small investor at a disadvantage and creating inefficiencies - where Baidu can really add value," the firm said in its emailed statement.

The revival of interest in stocks among China's legions of small investors comes after Chinese indexes rallied sharply at the end of 2014 to become the world's best performing major market that year. Companies that capitalised on the trend, in particular brokerages, have been rewarded by strong stock market valuations themselves.

The Shanghai Composite Index gained over 50 percent in 2014 but is down nearly 3 percent year-to-date, and some are worried the current rally could end in a similar fashion to a rally in 2009 that crashed abruptly, which turned many retail investors away from stocks for years.