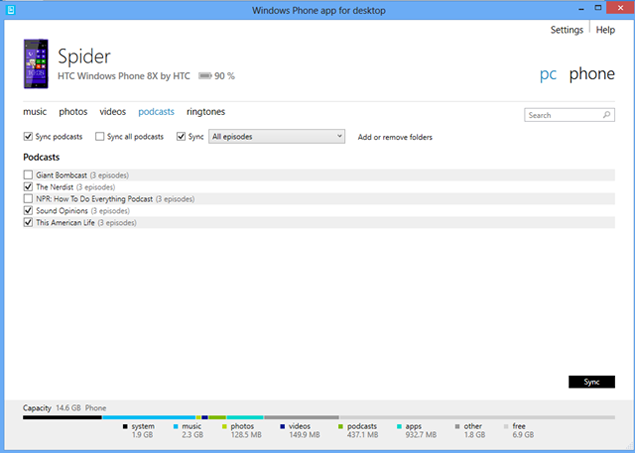 The Windows Phone sync app for Windows is now out of beta and available for download. The application lets you sync your Windows Phone device with your desktop and aims at creating a better sync experience.

We got a hands-on on the latest release of the application and observed that it was pretty snappy. The interface is based on the Metro UI and seems inspired from iTunes. The look of the bottom bar that displays the memory distribution on the device is exactly in sync with what we generally see on iTunes. The file transfer between the desktop and mobile device was pretty quick as well.

This app is a replacement for Zune whose support was previously canned with Windows 8. Users who compare the features of Zune and the new sync application are mostly disappointed by the absence of few features that they might have loved earlier. The major missing point is the absence of in-app file previews. While the idea of sync works to eliminate the file explorer based transfer that has existed after Zune, many users claim that the application lacks functionality and is at the end of the day just a stylised file explorer.
Comments