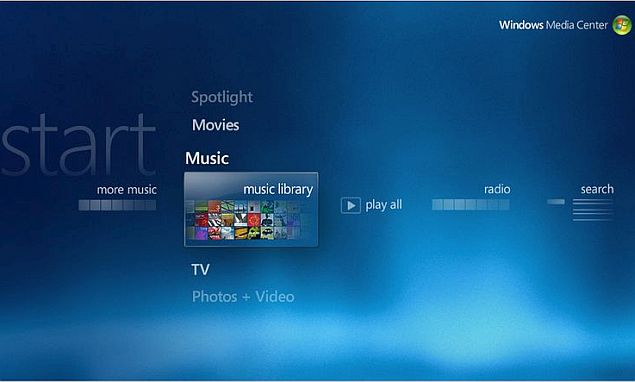 Microsoft last week at its annual Build developer's conference made some major announcements ahead of Windows 10's summer release on PCs. A Microsoft executive at the side lines of the Build conference also confirmed that the venerable Windows Media Center app will not be available in Windows 10.

While talking to ZDNet, a Microsoft executive revealed that there will be no update for the Windows Media Centre for Windows 10.

The news may come as a surprise for some, though considering that Microsoft stopped developing Windows Media Center back in 2009 it was just matter of time when the company finally pulled the plug on the app.

This also means that any desktop that is upgraded from Windows 7 or Windows 8.1 to Windows 10 can no longer run the Media Center. ZDNet also points out that the last released Windows Media Center build "isn't compatible with Windows 10."

To recall, Microsoft's Windows Media Center was a digital media player developed by Microsoft. It could play and record live television while could also organising and playing digital images, music and video. It came pre-installed in Windows XP Media Center Edition, Windows Vista Home Premium and Ultimate editions, and all Windows 7 editions (not included in Starter and Home Basic versions). Later, it was also available as an add-on for Windows 8 Pro and Windows 8.1 Pro.

Last week, Joe Belfiore, Corporate Vice President, Operating Systems Group at Microsoft, revealed that Microsoft was "on track" for a summer release of Windows 10 and clarified that it would initially arrive for PCs followed by other devices - smartphones, HoloLens, Xbox, and Surface devices. He suggested that Windows 10 for PC will miss out on some features at launch. Unfortunately, Microsoft is yet to reveal an exact time frame for the Windows 10 PC release.