Microsoft's recent Windows 10 Insider Preview builds have given early users a peek into some of the new features including Night Mode, tab previews for Edge, a dedicated Game Mode and many more. The company has now confirmed some of the new features coming to its Edge browser with the Creators Update, including a new tab management feature, expanded extensions, ebook support, and support for 3D content.

Tab management is the most notable improvement to the Edge browser that aims to reduce clutter for a cleaner browsing experience, according to Microsoft's blog post. One of the features allows you to save and restore a set of tabs while another gives you a visual thumbnail preview of all open tabs.

Additionally, Microsoft is working towards incorporating virtual reality and 3D support in its Creators Update. On this front, the company confirmed that its Edge browser will support Mozilla's WebVR API, which enables Web apps to display VR content, and users to view VR content on the Web through VR headsets.

It was also reported last month via a leaked preview build that the Creators Update will get a new ebook store for the Windows Store that will let users buy books from a range of different publishers and authors. Microsoft confirmed this update in its blog and mentioned that the Edge browser will get "tools built specifically to improve the reading experience on Windows 10 devices." Users will also have access to custom fonts, layouts, themes navigation control and Cortana integration. 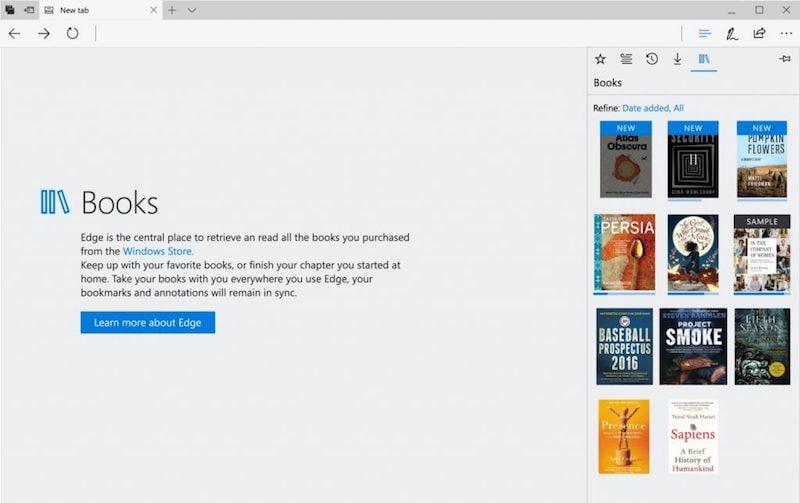 Lastly, Microsoft is also planning to expand the Microsoft Edge Extensions ecosystem and platform by opening over 30 percent more APIs to developers. These include access to favourites, roaming data between PCs, and the ability to securely communicate with other installed applications. Microsoft has added several new extensions in the Windows Store recently which include Ebates, Intel TrueKey, Read & Write, Ghostery, and RoboForm.

Microsoft rolled out its latest Insiders preview build 15019 last week. The company is expected to roll out the Creators Update some time in April.

Twitter Starts Testing View Counts to Surface the Best Videos
FBI Can Easily Spy on Journalists Working in the US, Report Claims