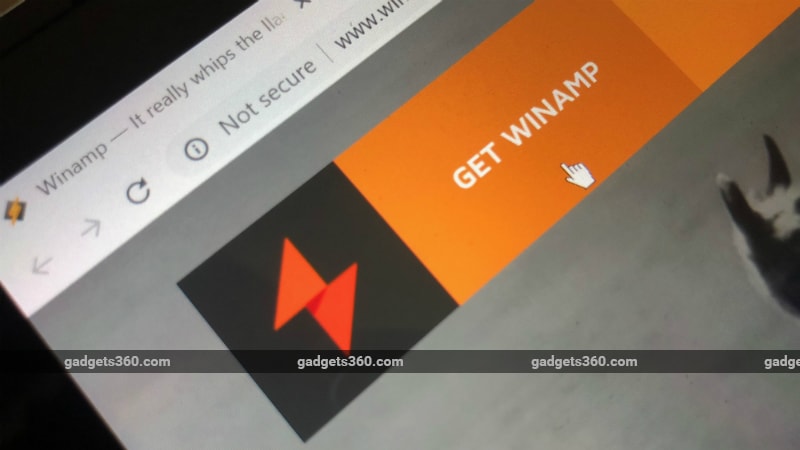 Winamp, one of the most popular apps of the 20th century, is set to receive an overhaul in 2019 with the ability to play not just the common audio formats but also all your music tracks, podcasts, and streaming services under one roof. This is considered to be the relaunch of the media player that originally arrived in back in April 1997 and was acquired by Radionomy in 2014, a few years after its acquisition by AOL. While the original Winamp version was famous as an MP3 player for desktops, now there are plans to make it beyond a traditional media player and take it to mobile devices, which are rapidly growing in the world of computing devices. The new version is said to debut as Winamp 6, though an update to 5.8 release is also due for this week majorly with compatibility fixes.

Radionomy CEO Alexandre Saboundjian, in a conversation with TechCrunch, revealed the arrival of Winamp 6 as the reinvested Winamp. "There will be a completely new version next year, with the legacy of Winamp but a more complete listening experience," Saboundjian said. "You can listen to the MP3s you may have at home, but also to the cloud, to podcasts, to streaming radio stations, to a playlist you perhaps have built."

The user base of Winamp is uncountable though a large number of computer users in late 1990s and early 2000s used it as their de-facto audio player. However, with the arrival of services like iTunes, the app lost its charm. The swift increase in smartphones also contributed largely in shrinking the original user base of Winamp since it didn't reach any major mobile platform through an official channel, although some unofficial versions were able to reach some Winamp fans on Android in the past.

Having said that, Saboundjian revealed that there are plans to bring Winamp for Android and iOS alongside its new desktop version. It is, though, unclear whether the revamped Winamp version will support services such as Google Play Music and Spotify. Similarly, there aren't any details whether the trademark intro of the media player, which is there since the version 1.19 back in March 1998 and comes as "Winamp, it really whips the llama's ass", will continue to surface upon the installation of its new version.

To recall, Winamp was originally owned by Nullsoft, the company that later sold to AOL in 1999. In 2014, Radionomy acquired Winamp and its associated services from AOL to bring life to the experience was shut down by the US giant in November 2013.

The key features and services available through Winamp 6 are yet to be revealed. Nevertheless, the Amsterdam-headquartered company has already teased the arrival of the new experience through the official website that shows a banner that reads, "There's more coming soon." Winamp 5.8 that can be installed on your Windows 10 machine without any hiccups is also heading in the coming days to set the pitch for the complete revamp at a later stage.

Paul Allen, Microsoft Co-Founder and Philanthropist, Dies of Cancer Complications at 65
The Flash Movie Release Date Pushed to 2021 Due to Fantastic Beasts 3: Report