'Who's that guy in the movie?' Google is at hand to offer help 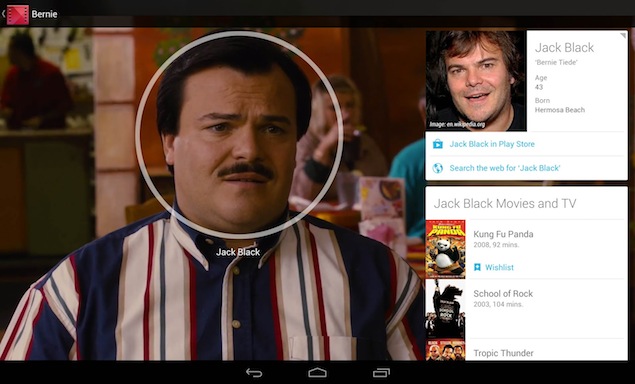 We've all been there. "Who's this guy on screen? You know, he was in that movie as well - the one we saw on our first anniversary." Okay, that last bit is definitely a lie. There's no way your husband remembers the movie you saw on your first anniversary. Let's concentrate on the first part. How many times have you seen a movie and recognised one of the actors, but just couldn't remember the name? Countless, right? Don't worry, Google is now at hand to offer help for this age-old problem.

Google has added a brand-new feature to the Google Play Movies & TV app that provides little info cards whenever you pause a movie or a TV show. The cards provide details on the actors on screen and disappear when you resume the movie.

When you're watching a film on your tablet, simply press pause and cards will pop up with information about actors on screen. You can tap on an actor's face to learn more about him, like his age, place of birth, his character in the movie, and his recent work, or scroll through the info cards to learn more about the movie or soundtrack. When you resume the movie, the cards will disappear.

Note that the feature is right now available for select movies in the US Play Store, but Google says it will add more movies and countries as we go along. That's one less thing you need to remember and one more reason to love Google.

On Thursday, Google had finally added Movies to the India Play Store, about a month after introducing Books were introduced in the India store.