WhatsApp has introduced a new ringtone for group calls and new sticker animation tweaks with its latest beta version of Android. The WhatsApp v2.20.198.11 beta for Android also suggests that social messaging giant is working on improving the user interface for calls. The new call UI looks to move all of the buttons to the bottom of the screen. WhatsApp has also been working on allowing animated stickers to loop at most eight times, and longer duration animated sticker to loop for lesser times. This change is also enabled in WhatsApp v2.20.198.11 beta for Android. All these changes are likely to make their way to the stable version in the coming weeks.

WhatsApp features tracker WABetaInfo has discovered the new features on WhatsApp v2.20.198.11 beta for Android. The tracker noticed that there is a new ringtone that has been assigned to group calls. This new ringtone has been enabled in this latest beta version and should play for all beta users. It looks to offer a distinction between private calls and group calls via WhatsApp.

Furthermore, WhatsApp v2.20.198.11 beta for Android also enables a new type of animation for animated stickers, looping them at most 8 times. Long animated stickers i.e. stickers with a lot of frames, will loop fewer times. The tracker informs that users on WhatsApp v2.20.198.11 beta for Android should be able to see this change. 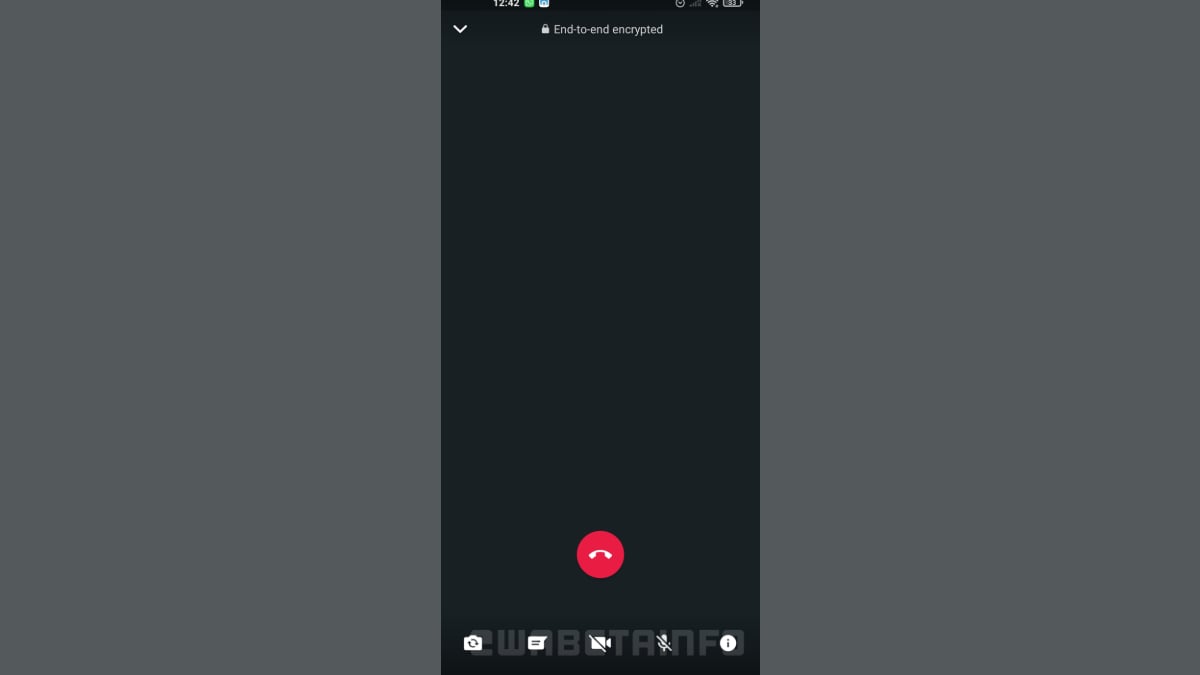 Lastly, the tracker discovered that WhatsApp is working on improving UI for calls. WhatsApp v2.20.198.11 beta for Android code suggests that new call UI looks to shift all buttons to the bottom of the screen. The screenshot suggests that there will be five options at the bottom – the info button, the audio on/off button, the video on/off button, the messaging button, and the camera switching button for shifting between front and back viewfinders. This new UI has not been enabled in the latest beta because it is still under development. Due to this, users even on the latest beta may not see the new tweaks. However, the tracker notes that sometimes it might appear due to a bug.

Further reading: WhatsApp, WhatsApp for Android, WhatsApp for Android beta, Group Call Ringtone
Tasneem Akolawala Email Tasneem Tasneem Akolawala is a Senior Reporter for Gadgets 360. Her reporting expertise encompasses smartphones, wearables, apps, social media, and the overall tech industry. She reports out of Mumbai, and also writes about the ups and downs in the Indian telecom sector. Tasneem can be reached on Twitter at @MuteRiot, and leads, tips, and releases can be sent to tasneema@ndtv.com. More
The Powerpuff Girls Live-Action Reboot in the Works: Reports
New Poco Phone With 64-Megapixel Camera Spotted on US FCC Certification Site