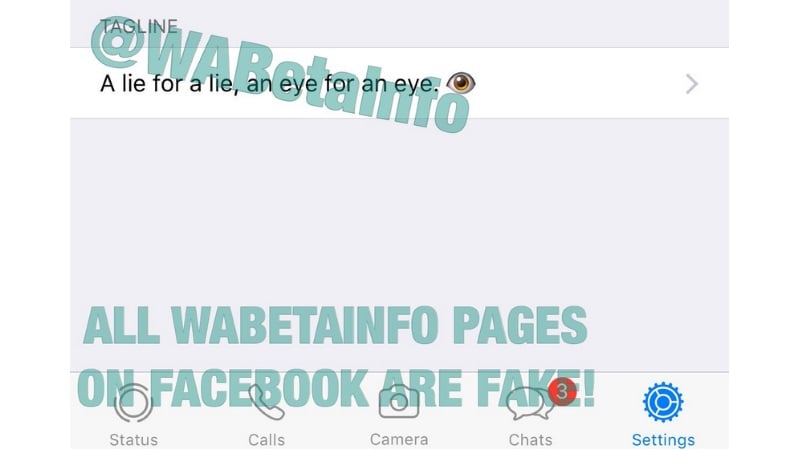 WhatsApp recently rolled out its new Status feature to users worldwide but notably, with the new Stories-like status feature, the messaging application replaced the old text form of status. Now, leaked beta update changes have suggested that the Facebook-owned company might be bringing back the text statuses to the chat application with a future update.

Some screenshots shared by Twitter user WABetaInfo, who has previously provided several correct leaks regarding WhatsApp, indicate that WhatsApp might bring the old text statuses back with a new feature to the app called 'Tagline'. With the leaked Tagline feature, just like before, users appear to be able put up a message with text and emojis on their profile.

The leaked WhatsApp beta screenshots do not indicate that there will be any major changes to the text status feature from before but it will seemingly exist alongside the new Status feature that allows users to post a small video or an image as their temporary status for duration of 24 hours. The leaked images further suggest that users will be provided with privacy settings - introduced with the new Status feature - for the Tagline feature as well.

Considering that several users were left disappointed as their WhatsApp text statuses got replaced, the Tagline feature will be a welcome addition to the app. However, it might have been simpler for the company to just leave text statuses in their old form and introduce the new Stories-like status feature with a new name (food for thought maybe). Please let us know your thoughts on the possible comeback of text statuses as 'Tagline' in comments below.