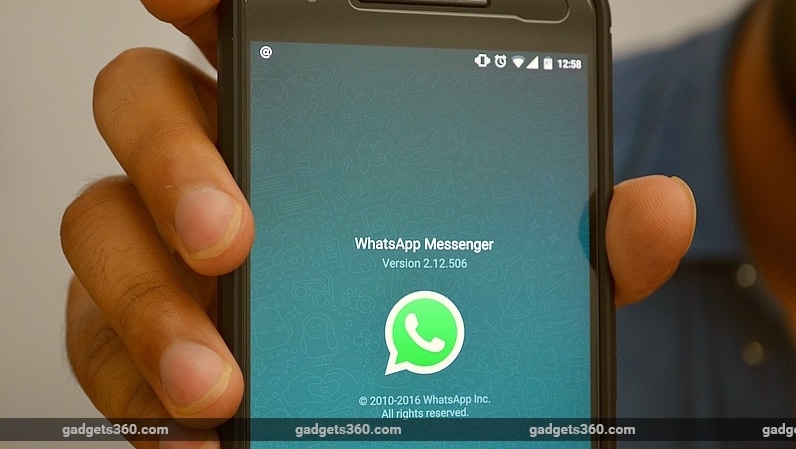 The Delhi High Court on Thursday sought response from WhatsApp on a petition against the popular messaging app's decision to share users' data with its parent company Facebook.

A division bench of Chief Justice G. Rohini and Sangita Dhingra Sehgal asked WhatsApp to file its response on the plea filed by Delhi-based users who raised concern over security of their data shared using the app.

The bench asked WhatsApp to explain the facts about the issue before September 21, the next date of hearing.

WhatsApp had given its users a 30-day period to opt out of the new privacy policy which expires on September 25.

The phone numbers associated with the user's WhatsApp account would be used on Facebook to show them advertisements, the petition said.

During the brief hearing on Wednesday, senior advocate Siddharth Luthra, appearing for WhatsApp, said that the app does not share users private messages, contents, photos or data with Facebook.

(Also see:  How to Stop WhatsApp From Sharing Your Details With Facebook)

Luthra said WhatsApp only shares user's phone number and name with Facebook. He claimed that WhatsApp has end-to-end encryption of all data shared among users and does not retain any data, as such it cannot be shared with a third party.

However, senior advocate Pratibha M. Singh, appearing for petitioners Karmanya Singh Sareen and Shreya Sethi said WhatsApp was sharing the entire data with Facebook even if users opt out of the new policy.

Singh said that WhatsApp has about seven crore users in India, one-tenth of its total users worldwide, and the consent sought by the app is highly deceptive.

(Also see: WhatsApp Data Sharing With Facebook to Be Monitored by UK Regulator)

The petition said: "In its first revised modification on August 25, 2016, respondents (WhatsApp, Facebook Inc. and Facebook India Online Pvt Ltd) had introduced this policy that severely compromises the rights of its users and makes privacy rights of users completely vulnerable."

The petition said the new policy threatens to take away the privacy of users' data which would be shared with Facebook and all its group companies, including for the purpose of commercial advertising and marketing.