WhatsApp May Soon Get 'Like' and 'Mark as Unread' Features: Reports

WhatsApp might soon get its own 'Like' button similar to Facebook alongside a 'mark as unread' feature for chats, hints some new reports on the Internet.

A WhatsApp beta tester named Ilhan Pektas recently tweeted (via AndroidPit) about the 'Like' button feature coming to WhatsApp. The tweet in German said (translated), "Like Button for divided images in WhatsApp."

While the tweet indicated that the 'Like' feature might be used for images, it is still not clear how the feature will be implemented in general conversation.

The 'mark as unread' feature was spotted by ADSLZone which obtained some WhatsApp documents that hinted the functionality was still in testing. The documents spotted included two forms for Mark as Read and Mark as Unread. 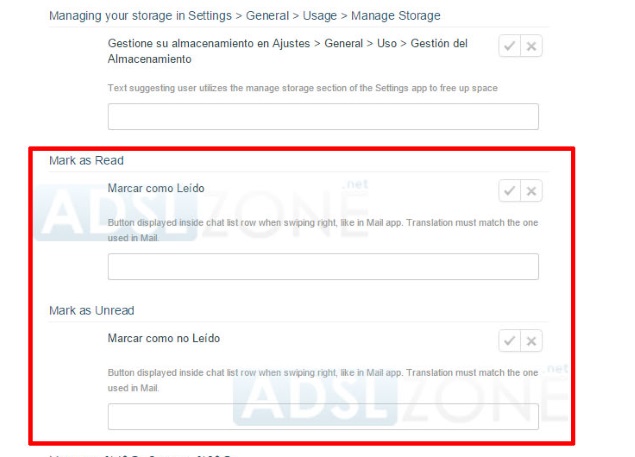 It will be interesting to see how the 'mark as unread' feature will be integrated into the WhatsApp conversation considering that the Read Receipts feature already exists which will notify the sender once the receiver reads the messages.

If this comes out to be true, the Facebook's 'Like' button, which is a highlight feature of the social platform, will be a brand new addition to the most widely used instant messaging service worldwide while the 'mark as unread' feature would also come handy similarly as seen in mail services.