WhatsApp Is Back After Outage

WhatsApp is facing connectivity issues in some regions, according to reports from people on social media. Web monitoring tool DownDetector also reports a major spike in the number of complaints regarding WhatsApp outage. Going by the complaints, the outage started around 9PM IST (GMT +5.5). The company confirmed to Gadgets 360 that its service is facing issues. Update 10:30PM IST: WhatsApp says it has resolved the issue.

Several users in the United States, Europe, Brazil, and India wrote about facing issues while using the service. "So #WhatsApp seems to be down," Toni Willberg, Cloud Solution Architect at Microsoft wrote on Twitter. "Is WhatAapp service down? I'm not able to connect to WhatsApp server," another user wrote. "My internet connection is fine," he added. 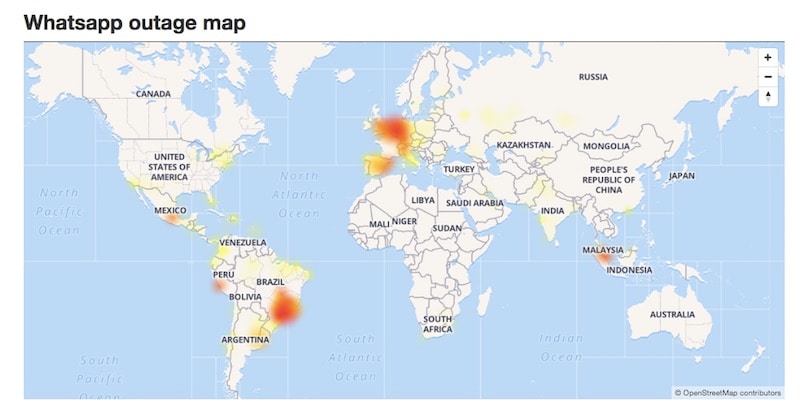 "We are aware of the issue and working to resolve it." a WhatsApp spokesperson told Gadgets 360.

The Facebook-owned service has over one billion active users across Android, iOS and other platforms. The app is exceptionally popular in India, with over 200 million active users, as per the most recent numbers provided by the company.

It remains unclear just how many people are affected with the outage, and what caused the outage.

Update: 10:30PM IST: WhatsApp says the issue has been resolved.

The Most Exciting Android Oreo Feature Isn't Even Here Yet