WhatsApp beta for Android has received a new lock icon shade, but it isn't visible to users.

WhatsApp has long been rumoured to introduce a dark theme on its mobile app, but so far, we have only seen traces of it. It appears that WhatsApp on iOS will get two versions of dark theme that will vary in the strength of black shade applied across the app's interface. Moreover, the WhatsApp app on iOS has reportedly introduced a new feature that will let users stream trailer videos of Netflix content in the app itself. Lastly, a new WhatsApp beta update has also arrived for the Android app, featuring a new lock icon shade for the dark theme.

WABetaInfo has spotted more details about dark theme in the latest beta build of WhatsApp on iOS. The updated version of the app suggests that dark theme on WhatsApp's iOS client will be implemented in the form of three configurations, but at the moment, only two configurations are active. The only difference between the two dark theme configurations on WhatsApp for iOS is that they utilise different shades of black.

One of the dark theme configurations applies a lighter tone of black across the table and cell backgrounds, while the other one opts for a darker tone. However, both the themes share an identical background for the chat bubbles. It is not known if WhatsApp will let users select the dark theme configuration, but chances are it will be selected and applied automatically based on device accessibility settings. 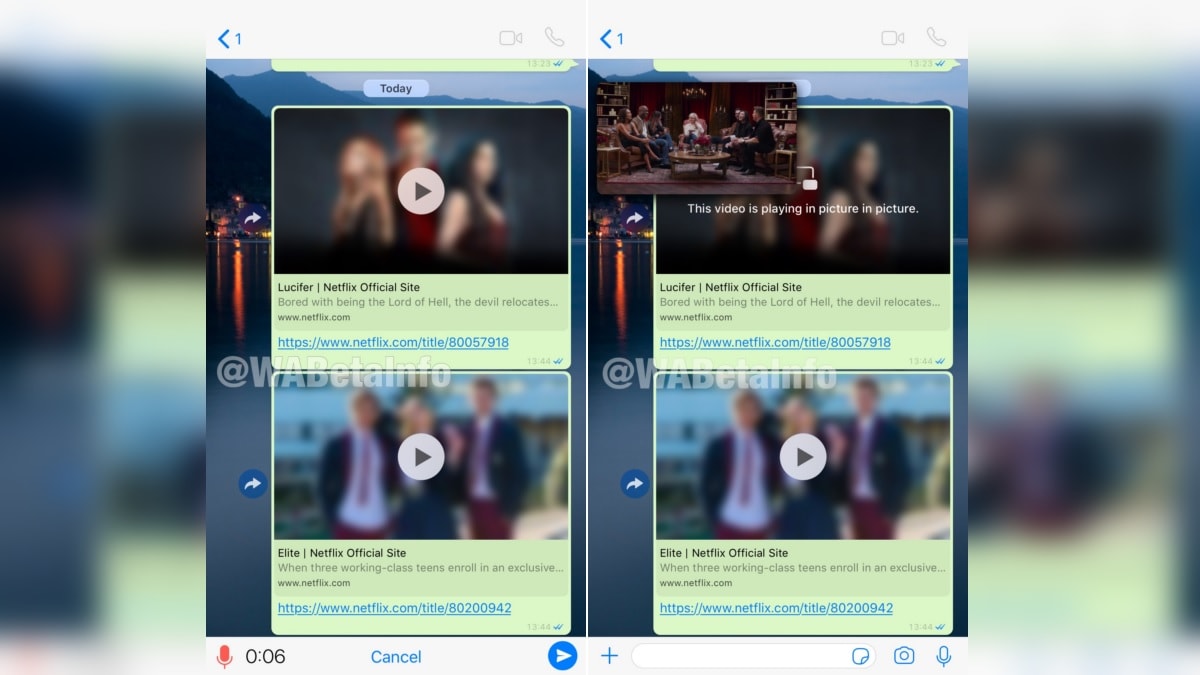 Another major feature WhatsApp has landed is support for playing trailer videos directly from Netflix. WABetaInfo has shared screenshots that depict trailer video playback straight from Netflix. When users share a compatible Netflix link, the recipient will be able to play the trailer video in the messaging app itself. The link will appear as a large thumbnail with a play icon in the middle, as is the case with YouTube video links. However, this feature is only available in the latest build of WhatsApp's iOS client, as per WABetaInfo. However, it may be a server side switch, as we weren't able to reproduce the feature out on version 2.19.112 available via the App Store.

A new beta build of WhatsApp (v 2.19.311) on Android has also dropped, but it does not bring any new features. As spotted by WABetaInfo, the only noticeable change it brings is a slight colour change for the lock icon in the app, making it more discernible against the dark background when the dark theme is applied. The dark theme feature is disabled by default still, and cannot be accessed even by beta users, and it is also yet to arrive on the app via the stable channel.

Editor's note: A previous version of this article incorrectly mentioned that the Netflix feature was reproducible by us. The error is regretted.