WhatsApp has added a new payments feature for the Android beta version of the app, which will allow users to transfer money by scanning QR codes. This WhatsApp feature is in addition to the recently added 'Send to UPI ID' feature, and adds more functionality to the payments function of the world's most popular messaging app. Apart from this, there are more WhatsApp features reportedly spotted on the Android beta app, namely Advanced GIF Search and Stickers Search, but those are disabled by default. This is the latest in a long line of features that are likely coming to the main app soon, once the bugs spotted in beta are fixed.

How to use WhatsApp Payments QR code scan feature

Let's start with the new Scan QR Code option - available on WhatsApp version 2.18.93 through the Google Play Beta programme - the feature lets users make payments by scanning QR codes. WhatsApp Android beta users will need to go to Settings > Payments > New Payments > Scan QR code. You will now be directed to the QR code scanning option that will ask you to enter the amount you wish to send and it will also ask for UPI PIN for verification. 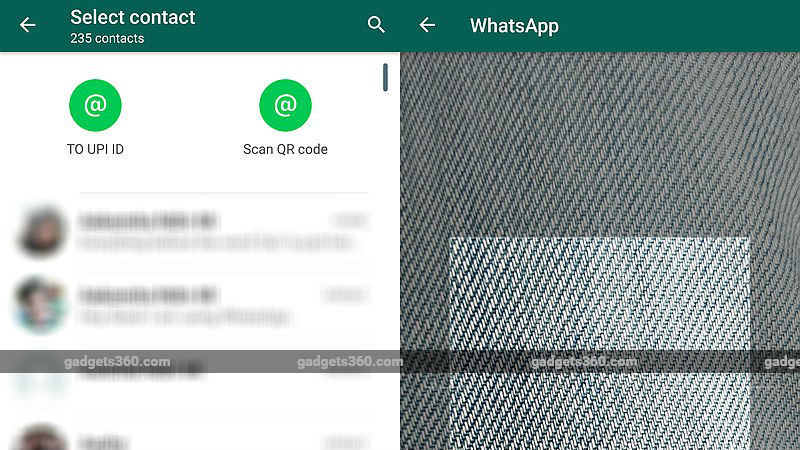 As yet another digital payments option in India, WhatsApp in February had launched its payments service in India in beta for select Android smartphones as well as iPhones. Later it added the "Send to UPI ID" feature to make it easier for users to directly send across payments to unique UPI IDs without going into conversation threads. However, the app lacked the QR code payments feature which is present in rival apps like Paytm. Now, the latest Android beta version of WhatsApp has introduced this feature.

WhatsApp Payments is the company's first attempt at the digital payments front in India. Within a few days after launch, WhatsApp Payments had been accused of not offering a secure platform and not adhering to UPI's interoperability characteristics. After rolling out an improved visibility feature as the Send to UPI ID button, the app now has the QR code option as well.

In separate news, as per a WABetaInfo report, WhatsApp is work on an Advanced GIF Search feature in the 2.18.93 update, but the developers have "kept it disabled for development reasons and it will be enabled in next releases." The feature lets users search GIFs in various categories, such as Trending, LOL, Love, Sad, Happy, and Dancing. 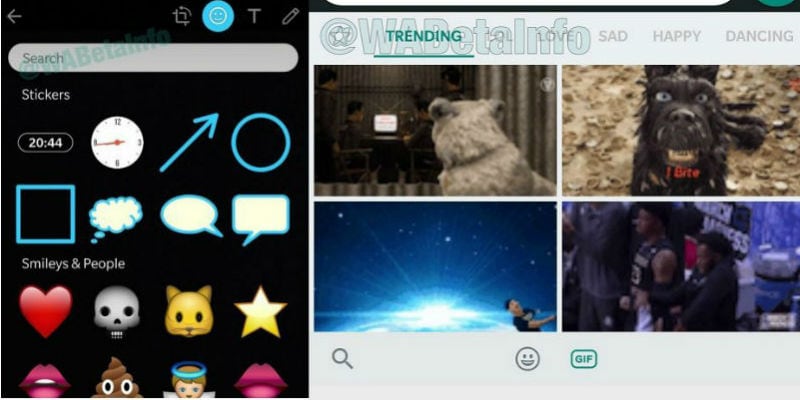 The update will also include starred GIFs, as per the report. Similarly, another report said that the WhatsApp beta for Android version 2.18.90 brings Search Stickers feature that allows users to search stickers in the doodle view.