WhatsApp Gets Message Quotes and Replies

WhatsApp has got a new feature that will let users quote messages when replying. While earlier this week, the new feature was spotted in beta builds of WhatsApp for Android, it is now rolling out for most users across Android and iOS running the general release builds from Google Play and the App Store.

The message quotes and replies feature is self-explanatory and the user needs to long press a message in any conversation to see a reply option pop up alongside star, delete, forward, and copy. 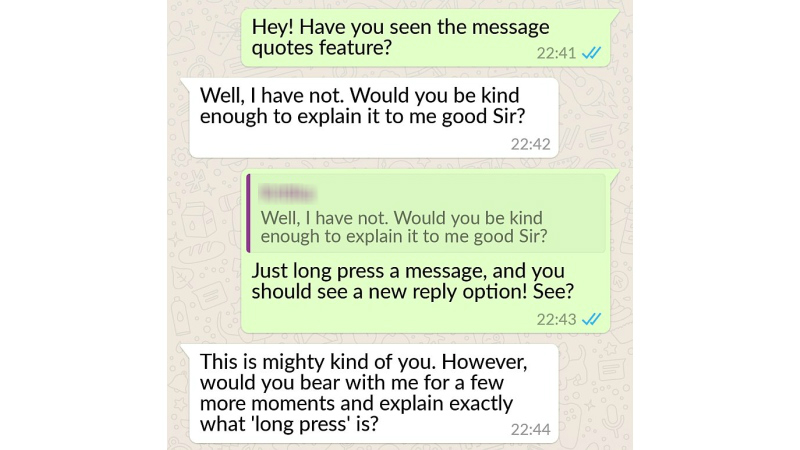 The Facebook-owned messaging service has been adding new features at a steady pace. The company was recently spotted testing the video calling feature briefly on its Android beta app. On the iOS beta of the app on the other hand, recently saw the inclusion of gif image sharing support.

Earlier this year, the messaging service WhatsApp announced that it now had 1 billion monthly active users.

The last major update to the platform was last month - the addition of document sharing on WhatsApp Web. Shortly before that, the company rolled out its first desktop app for Windows and OS X.