You can now search status updates on WhatsApp for iPhone

WhatsApp has rolled out a new update for iOS users that brings a couple of new features to the app. The Facebook-owned messaging app has introduced a notification extension feature and a search option for the Status tab. Now, iPhone users have access to the new feature that lets them view images or GIFs directly from the notification panel itself. Also, the users now have the ability to search for statuses. Additionally, another change introduced by WhatsApp is that the new version is only compatible with iOS 8.0 or later. In order to get the new features, users need to download the latest version v2.18.90 of WhatsApp for iPhone from the App Store.

With the new Status search feature, WhatsApp for iPhone users will now be able to search specific contacts and their status updates directly in the Status tab. If your status timeline has a lot of contacts who post updates, you will now be able to find specific status updates with the new quick access feature. Meanwhile, the latest WhatsApp update adds a notification extension feature that lets users view images and GIFs right from the notification panel. When receiving images or GIFs, you will have to use 3D Touch or swipe left on the notification and tap "View" to preview the media from within the notification. Notably, this feature is only available on iPhone models with iOS 10 or higher. 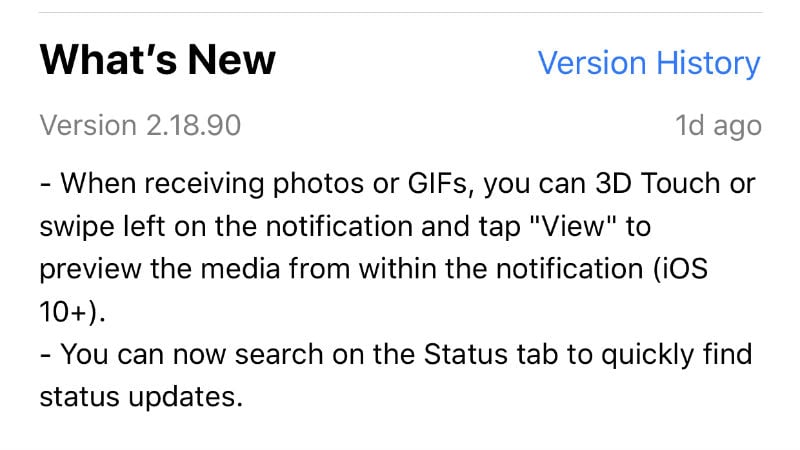 As mentioned, the latest update to WhatsApp for iPhone comes with the version number 2.18.90, and this version is only compatible with iOS 8 or higher. This means older iPhone models will have to keep using the last WhatsApp update. Notably, WhatsApp has detailed the latest features in the app on its changelog in the App Store.

As per a WABetaInfo report, WhatsApp has added a Suspicious Link feature in the latest update. It is the same feature that WhatsApp had rolled out for Android beta users in July. This feature essentially tags a 'Suspicious Link' whenever a contact sends one to you. This update is expected to warn unknowing users of a suspicious link before they open it. WhatsApp will also reportedly alert the user once again by looking for unusual characters if they try to open the link. 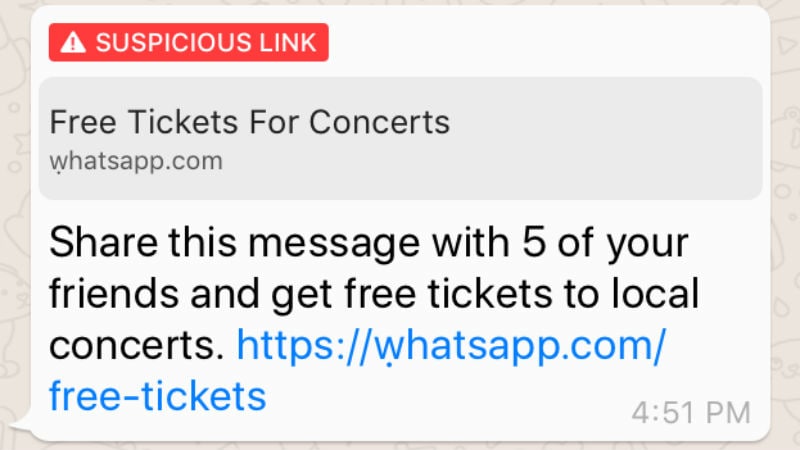