After downloading TestFlight, click on this link right here to get on the beta slot, reports WABetaInfo. Accept the terms and conditions and install the beta app on your phone. Once you click Install, a dialog box will appear asking you if you want to replace the current WhatsApp app with the new beta app. Hit Install, and let the process begin. The tipster notes that slots for WhatsApp for iOS beta version are very limited, and hence interested users must download it soon.

Once the installation is done, hit Open and you'll be redirected to WhatsApp, with the new beta app installed. It is recommended that you back up your chat history before installation, just for safety. This process doesn't delete your data though. As with other TestFlight-based betas, only a limited number of people are granted access to the beta version, thus if you want to join it would be best to do it sooner than later. 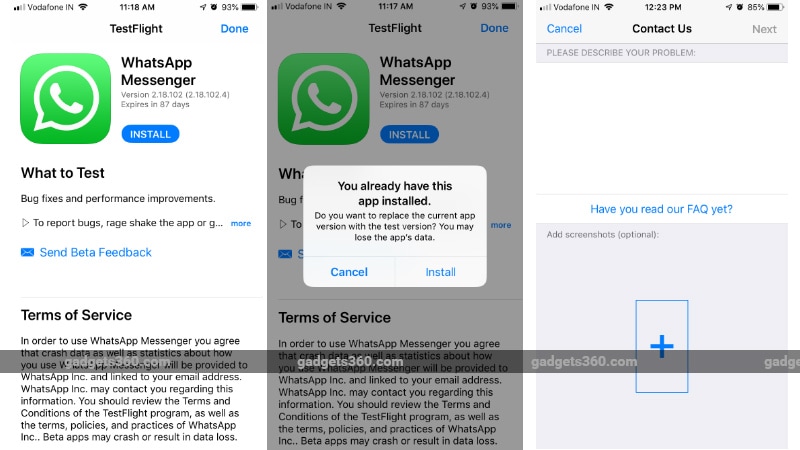 The tipster notes that WhatsApp beta for iOS receives updates every two days. With the beta app, users can spot new features before they are rolled out commercially. However, these features can often be buggy, and cause the app to work inefficiently and sometimes crash. We recommend you to install the beta app with caution, and keep your chat backup always on. If you're an avid bug hunter and spot a bug or issue, you can report it to WhatsApp by heading to WhatsApp Settings > Contact Us > and writing a short description with a screenshot explaining the problem.