WhatsApp users have reportedly got the ability of managing privacy settings from directly within Web and WhatsApp for Desktop. 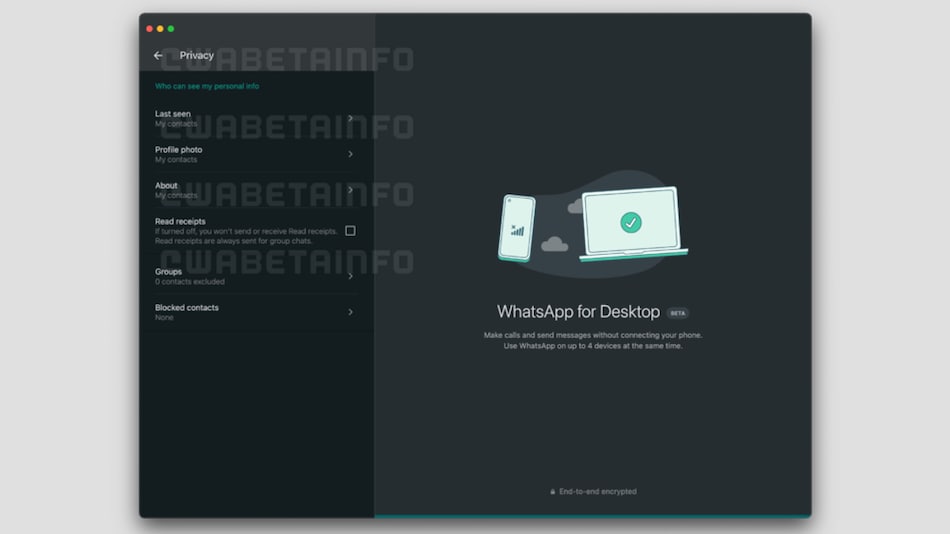 WhatsApp has released new beta updates for desktop and Android users. The desktop beta brings along new Privacy Settings feature for WhatsApp Web and WhatsApp for Desktop users. Privacy Settings have been available on the WhatsApp app since a very long time and now the feature has been introduced on the desktop version as well. The desktop privacy settings are reportedly rolling out for select beta testers. For Android users, the latest update brings a bug fix for the quick media shortcut feature.

In addition, the tracker also reports that WhatsApp for Android users are receiving a new beta update bringing the version up to 2.21.24.9. This update brings a bug fix that essentially removes the quick edit shortcut that was introduced a week ago. Some users reported about the addition of the shortcut, but claimed that it wasn't working and didn't know why it was added in the first place. With the new WhatsApp beta for Android 2.21.24.9 update, WhatsApp is now removing that shortcut. The tracker claims that WhatsApp may add this shortcut back in the future, but for now there is no clarity when that will be.