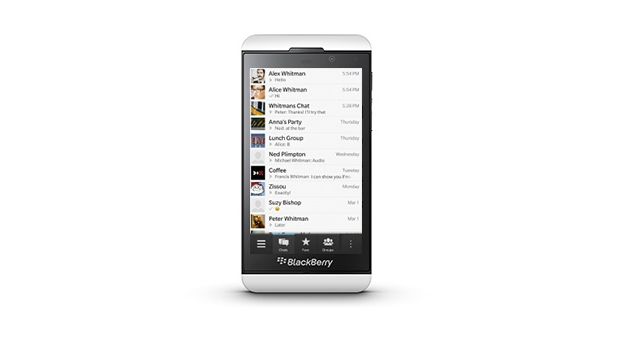 In line with earlier rumoursincluding the tweet by Alex Kinsella from BlackBerry developer relations teamand the announcement made at the time of the BlackBerry 10 launch, WhatsApp hasreleased a client for the BlackBerry 10 operating system.

According to a poston the BlackBerry blog,the app will support push notifications and send alerts even when the screen islocked. It would also offer full integration into BlackBerry Contacts, withautomatic contact scanning to help users build their contact list.

"BlackBerry has been a great platform for WhatsApp for manyyears. Delivering WhatsApp on BlackBerry 10 devices is in line with our goalsof ensuring that our customers around the world can continue to communicatewith the most important people in their lives," said WhatsApp co-founder BrianActon.

The app can be downloadedfree of charge from BlackBerry World.

Whatsapp is a popular messaging app. It is also analternative to BlackBerry's BlackBerry Messenger (BBM) App. BBM as anapp can only work between BlackBerry devices irrespective of which version ofoperating system they are running on. Prior to the BlackBerry 10 launch,consumers had to subscribe to a BlackBerry plan from their respective operatorsto use BBM. In the new operating system, BBM works on Wi-Fi and regular 3Gplans as well.Currently, the only BlackBerry smartphone running onBlackBerry 10 is their flagship device Z10. This smartphone was recentlylaunched in India for Rs. 43, 990. The company is expected to launch the Q10, adevice that has a hardware keyboard, shortly.

BlackBerry had initially been criticised for the lack of arobust app ecosystem on its BlackBerry 7 smartphones. It appears that thecompany is looking at changing the same with the recently launched BlackBerry10 operating system. At the time of the launch, BlackBerry had announcedthat  70,000 apps are available on BlackBerry World. However, most ofthese apps have been ported from other leading platforms and the company willhave to keep adding new apps to make sure that it is able to catch up withother established platforms such as Android and iOS.
Comments