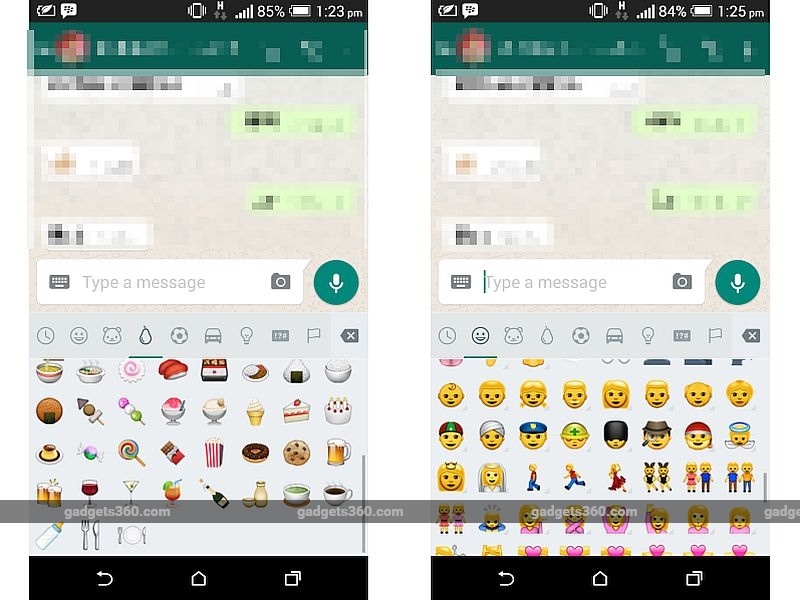 WhatsApp users on Android are all set to receive a bunch of new emojis with an upcoming update.

The latest version of the WhatsApp for Android app (v2.12.374) which is now available from the company's website as well as from APK Mirror adds a number of emojis with new facial expressions as well as new characters. We can expect WhatsApp to start pushing the update to Android users via Google Play soon.

Some of the new emojis introduced with the latest app version include spider, unicorn, popcorn box, champagne bottle, racing cars, medals, and volleyball among others. The new update also adds a new detective emoji to the facial expression tab. Previously, WhatsApp for Android included only five tabs for emojis apart from a recently used tab. In the latest version there are eight tabs with new sports, flag, bulb, and a separate beverage tabs. The update was first reported by Android Police.

The new set of added emojis to WhatsApp seems to be from Unicode 7 and Unicode 8 which previously debuted on Apple's mobile operating system with the iOS 9.1 update. Google recently confirmed that new range of emojis will be rolling out to Android devices soon. The company confirmed that the Nexus range would be the first devices to add support for the new emojis.

WhatsApp for Android late last month received an update which bumped the version number to 2.12.367 and brought language support for Urdu and Bengali, apart from other additions.