WhatsApp for Android has reportedly been spotted testing a new feature to let users search images that they received or sent to their contacts. The new feature, which is apparently called 'Search image', would use Google to search for the images directly from a WhatsApp chat. The Search image feature is yet to make way to the instant messaging app, but has been spotted as disabled by default by a reliable WhatsApp beta tracker. Meanwhile, WhatsApp beta for Android version 2.19.73 brings a new transgender flag emoji. This new emoji sits under the flag emoji section -- just alongside the LGBT and United Nations (UN) flags. It is unclear when exactly these features will reach the stable version of WhatsApp that is used by majority of the consumers.

As per a report by WhatsApp beta tracker WABetaInfo, WhatsApp is developing the Search image to let users search an image on the Web directly from their existing chats. The screenshots detailing the new feature suggests that it could be accessible once a user selects the image from a chat. Also, the feature appears to essentially upload the image selected to Google to search for its results.

WABetaInfo mentions that the new feature isn't yet available, though it would come to WhatsApp for Android sometime in the coming future. Moreover, it is likely that WhatsApp would use Google APIs to enable the image search functionality through the new feature. 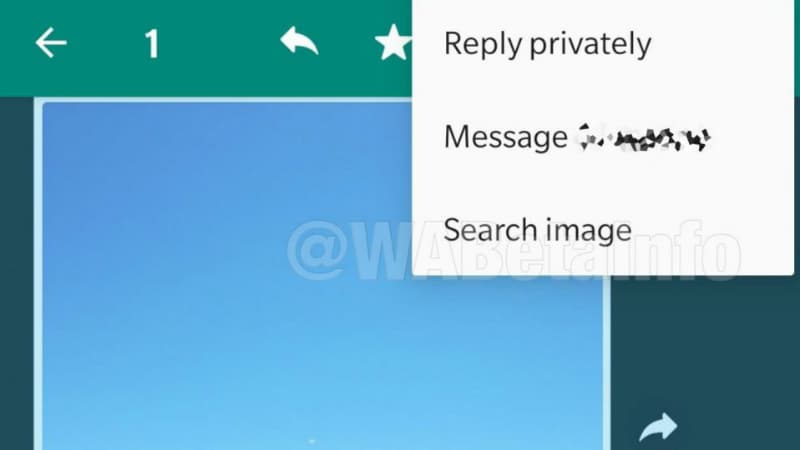 The Search image feature would be a part of WhatsApp's ongoing initiatives to curb the circulation of fake news and misinformation on the instant messaging app. It could help users understand whether the images they have in their chats representing any misinformation.

Notably, the Search image feature is separate from the Advanced Search that was spotted in testing on the iOS beta app late last month. The Advanced Search feature lets users search for multiple types of messages, apart from media categories like photos, GIFs, links, documents, audio, and video.

Alongside reporting the Search image feature, WABetaInfo has revealed that WhatsApp beta for Android version 2.19.73 brings an emoji showing a transgender flag. You need to go to the flag emoji section from the emoji menu to see the transgender flag that sits alongside the LGBT and UN flags. Gadgets 360 was able to independently verify the presence of the new flag on the latest WhatsApp beta build. 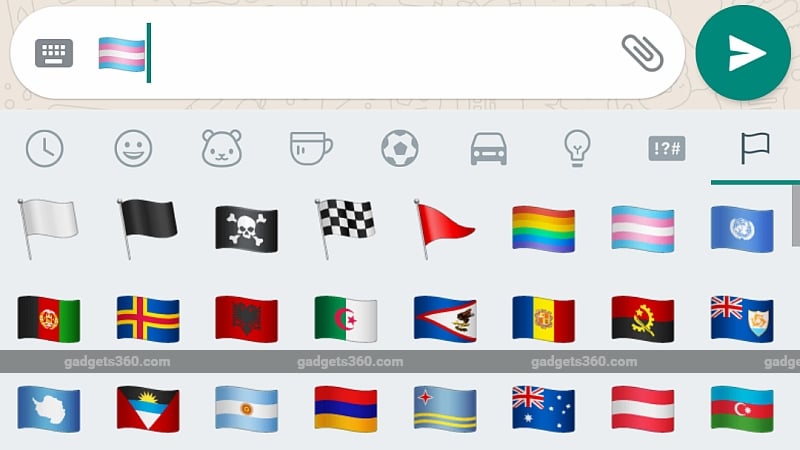